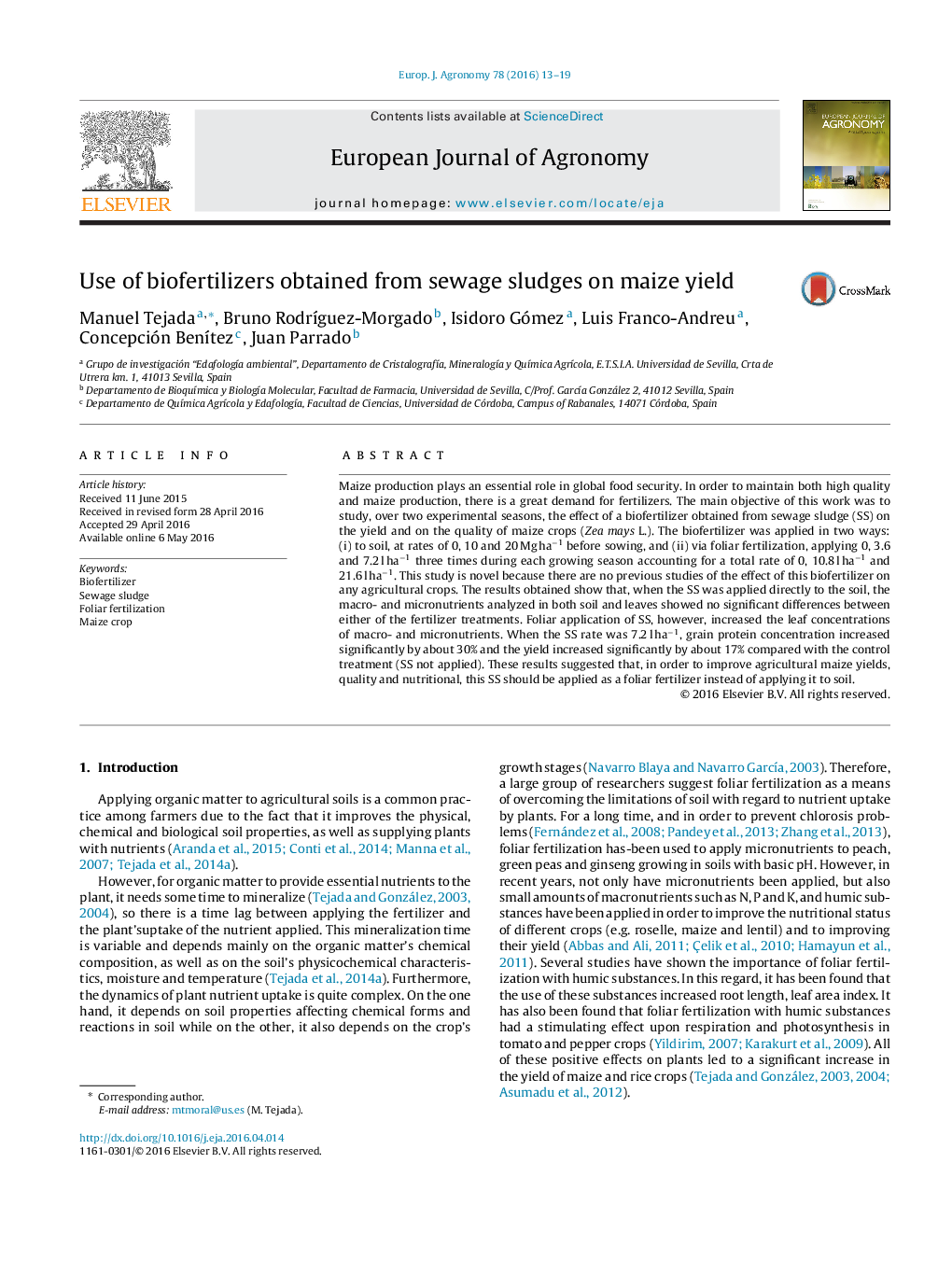 Maize production plays an essential role in global food security. In order to maintain both high quality and maize production, there is a great demand for fertilizers. The main objective of this work was to study, over two experimental seasons, the effect of a biofertilizer obtained from sewage sludge (SS) on the yield and on the quality of maize crops (Zea mays L.). The biofertilizer was applied in two ways: (i) to soil, at rates of 0, 10 and 20 Mg ha−1 before sowing, and (ii) via foliar fertilization, applying 0, 3.6 and 7.2 l ha−1 three times during each growing season accounting for a total rate of 0, 10.8 l ha−1 and 21.6 l ha−1. This study is novel because there are no previous studies of the effect of this biofertilizer on any agricultural crops. The results obtained show that, when the SS was applied directly to the soil, the macro- and micronutrients analyzed in both soil and leaves showed no significant differences between either of the fertilizer treatments. Foliar application of SS, however, increased the leaf concentrations of macro- and micronutrients. When the SS rate was 7.2 l ha−1, grain protein concentration increased significantly by about 30% and the yield increased significantly by about 17% compared with the control treatment (SS not applied). These results suggested that, in order to improve agricultural maize yields, quality and nutritional, this SS should be applied as a foliar fertilizer instead of applying it to soil.