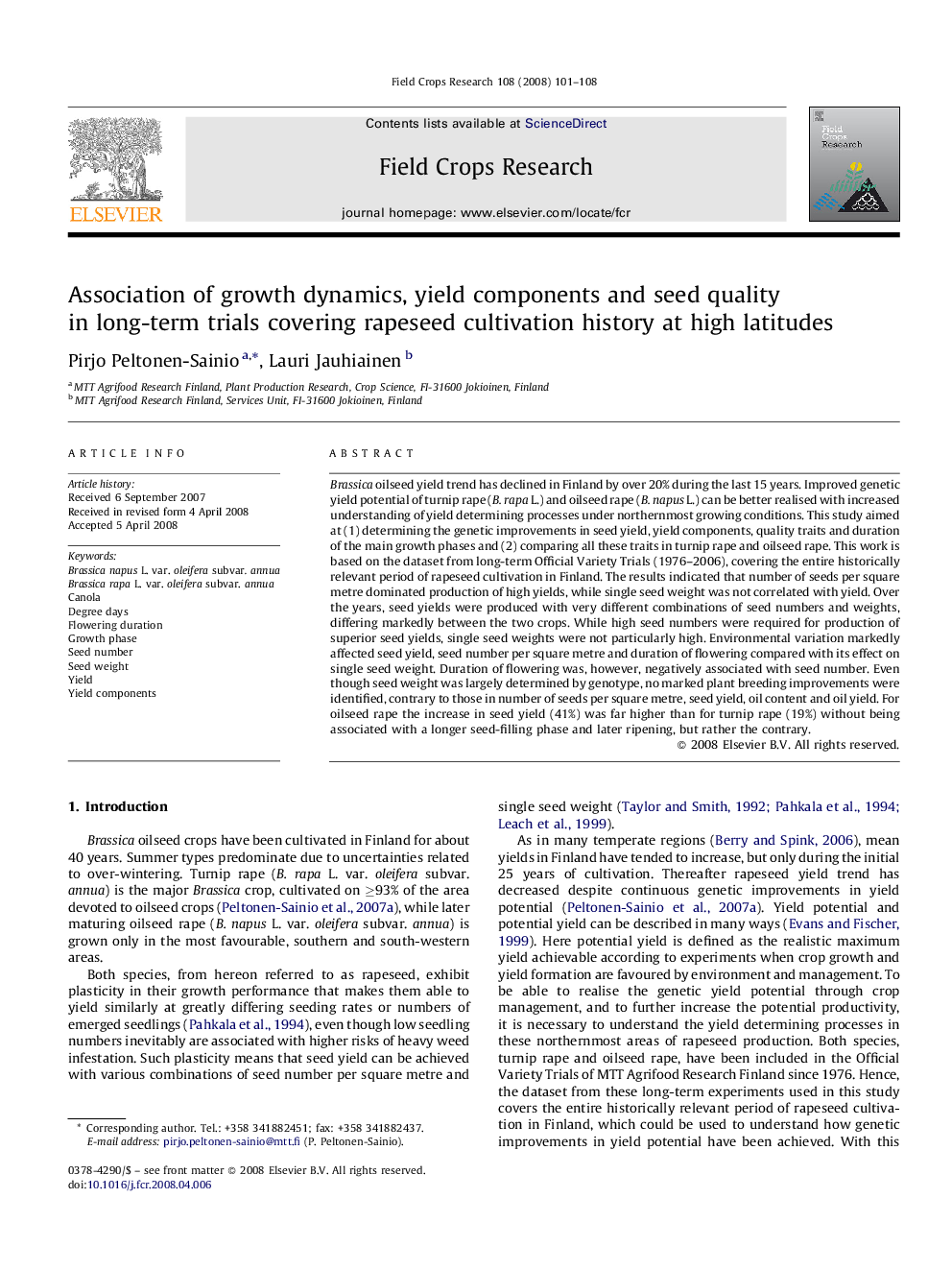 Brassica oilseed yield trend has declined in Finland by over 20% during the last 15 years. Improved genetic yield potential of turnip rape (B. rapa L.) and oilseed rape (B. napus L.) can be better realised with increased understanding of yield determining processes under northernmost growing conditions. This study aimed at (1) determining the genetic improvements in seed yield, yield components, quality traits and duration of the main growth phases and (2) comparing all these traits in turnip rape and oilseed rape. This work is based on the dataset from long-term Official Variety Trials (1976–2006), covering the entire historically relevant period of rapeseed cultivation in Finland. The results indicated that number of seeds per square metre dominated production of high yields, while single seed weight was not correlated with yield. Over the years, seed yields were produced with very different combinations of seed numbers and weights, differing markedly between the two crops. While high seed numbers were required for production of superior seed yields, single seed weights were not particularly high. Environmental variation markedly affected seed yield, seed number per square metre and duration of flowering compared with its effect on single seed weight. Duration of flowering was, however, negatively associated with seed number. Even though seed weight was largely determined by genotype, no marked plant breeding improvements were identified, contrary to those in number of seeds per square metre, seed yield, oil content and oil yield. For oilseed rape the increase in seed yield (41%) was far higher than for turnip rape (19%) without being associated with a longer seed-filling phase and later ripening, but rather the contrary.