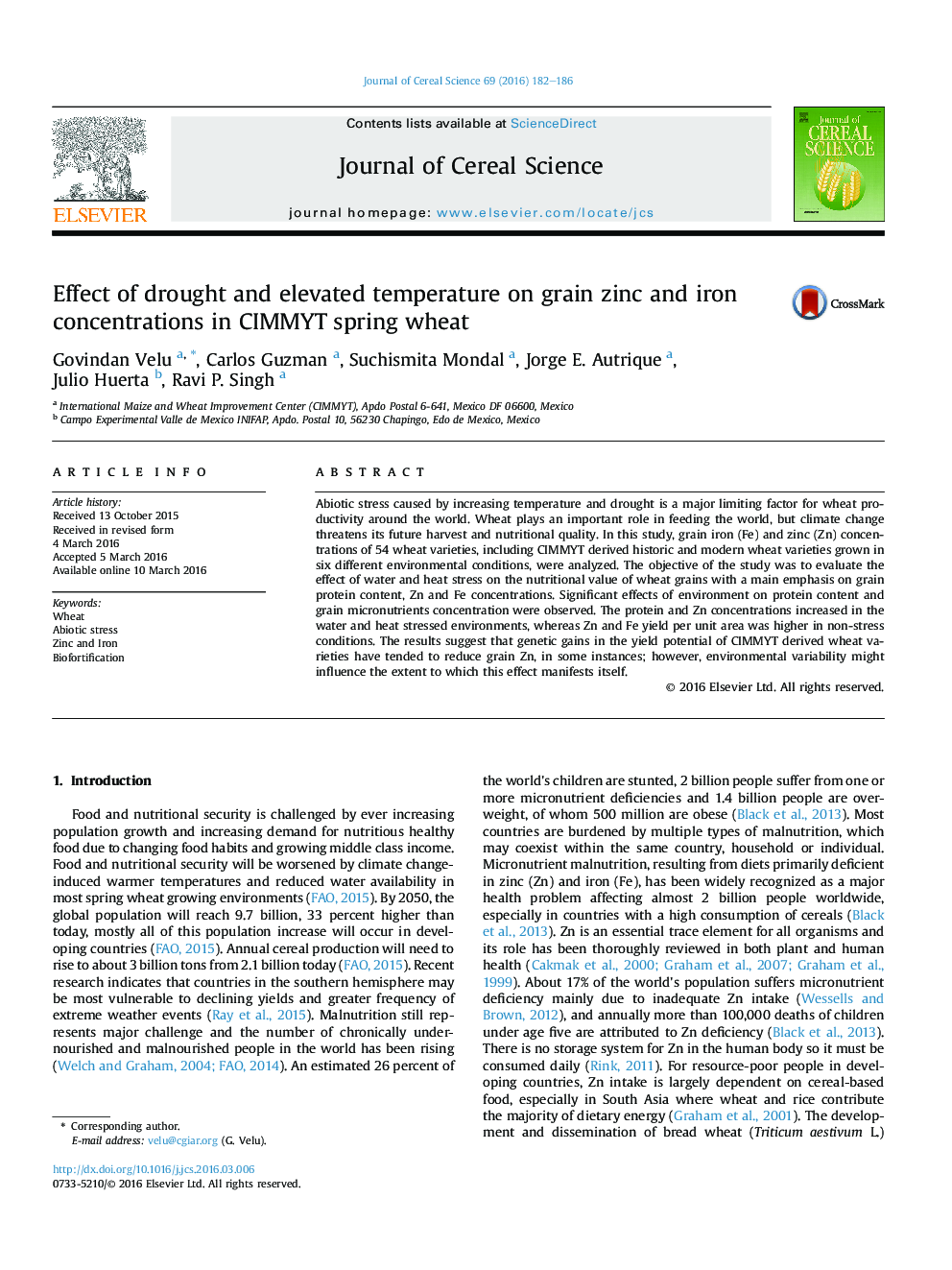 • The proportion of grain zinc and iron concentrations was altered by heat and drought stress.
• Genotypic differences exist within modern and historic wheat lines in response to the drought and heat stress.
• Protein content was influenced by both temperature and water stress.

Abiotic stress caused by increasing temperature and drought is a major limiting factor for wheat productivity around the world. Wheat plays an important role in feeding the world, but climate change threatens its future harvest and nutritional quality. In this study, grain iron (Fe) and zinc (Zn) concentrations of 54 wheat varieties, including CIMMYT derived historic and modern wheat varieties grown in six different environmental conditions, were analyzed. The objective of the study was to evaluate the effect of water and heat stress on the nutritional value of wheat grains with a main emphasis on grain protein content, Zn and Fe concentrations. Significant effects of environment on protein content and grain micronutrients concentration were observed. The protein and Zn concentrations increased in the water and heat stressed environments, whereas Zn and Fe yield per unit area was higher in non-stress conditions. The results suggest that genetic gains in the yield potential of CIMMYT derived wheat varieties have tended to reduce grain Zn, in some instances; however, environmental variability might influence the extent to which this effect manifests itself.