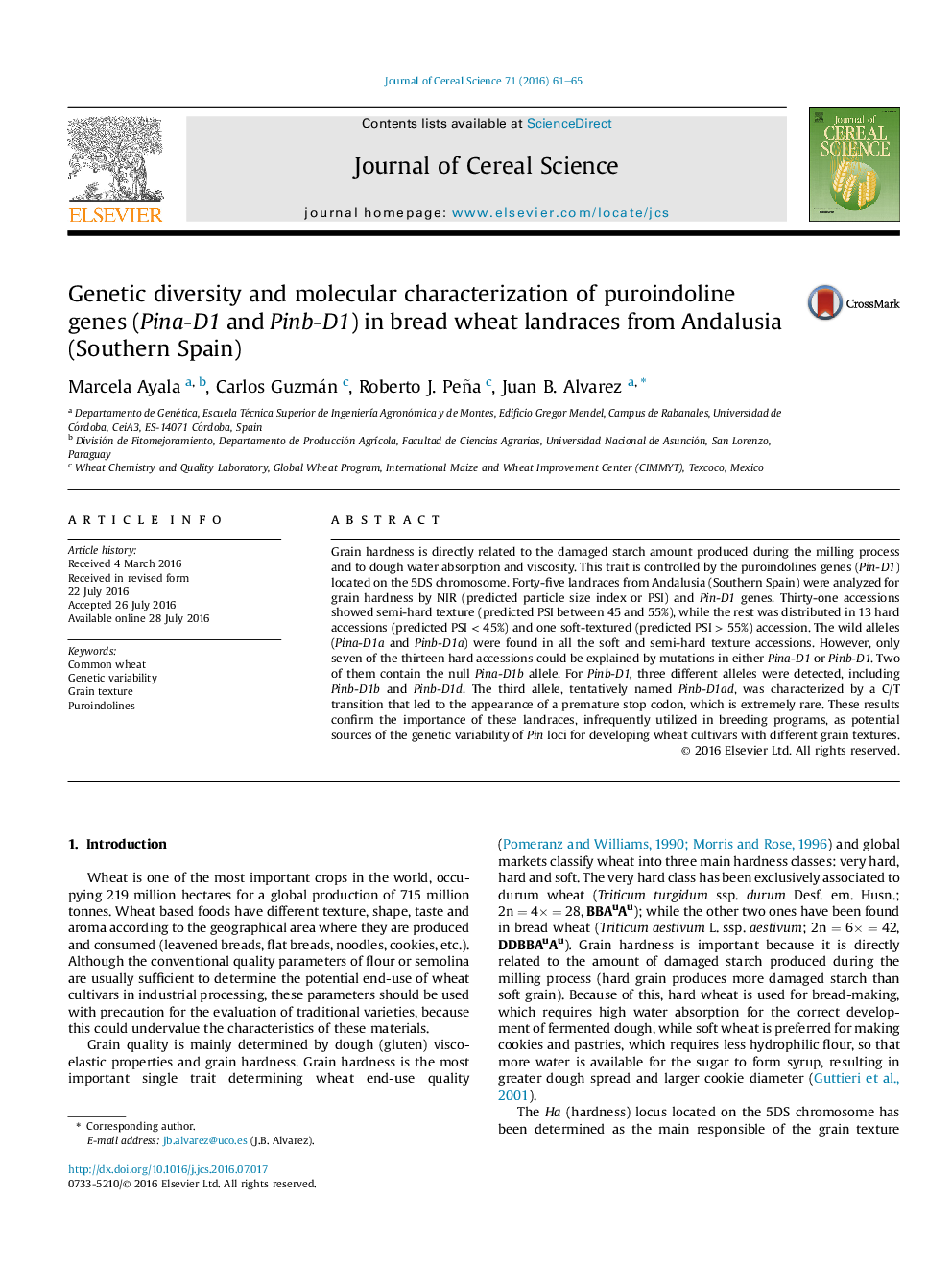 Grain hardness is directly related to the damaged starch amount produced during the milling process and to dough water absorption and viscosity. This trait is controlled by the puroindolines genes (Pin-D1) located on the 5DS chromosome. Forty-five landraces from Andalusia (Southern Spain) were analyzed for grain hardness by NIR (predicted particle size index or PSI) and Pin-D1 genes. Thirty-one accessions showed semi-hard texture (predicted PSI between 45 and 55%), while the rest was distributed in 13 hard accessions (predicted PSI < 45%) and one soft-textured (predicted PSI > 55%) accession. The wild alleles (Pina-D1a and Pinb-D1a) were found in all the soft and semi-hard texture accessions. However, only seven of the thirteen hard accessions could be explained by mutations in either Pina-D1 or Pinb-D1. Two of them contain the null Pina-D1b allele. For Pinb-D1, three different alleles were detected, including Pinb-D1b and Pinb-D1d. The third allele, tentatively named Pinb-D1ad, was characterized by a C/T transition that led to the appearance of a premature stop codon, which is extremely rare. These results confirm the importance of these landraces, infrequently utilized in breeding programs, as potential sources of the genetic variability of Pin loci for developing wheat cultivars with different grain textures.