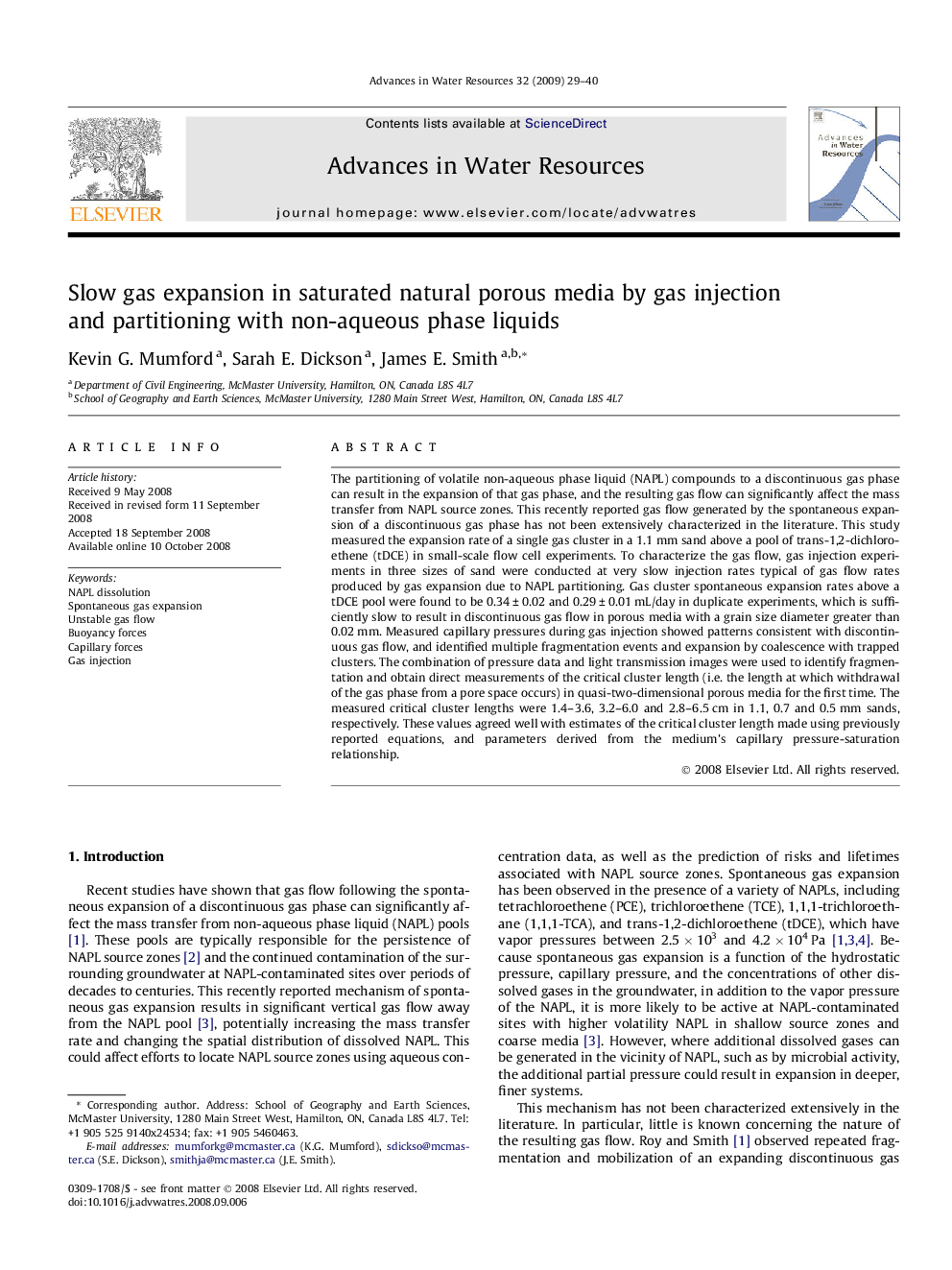 The partitioning of volatile non-aqueous phase liquid (NAPL) compounds to a discontinuous gas phase can result in the expansion of that gas phase, and the resulting gas flow can significantly affect the mass transfer from NAPL source zones. This recently reported gas flow generated by the spontaneous expansion of a discontinuous gas phase has not been extensively characterized in the literature. This study measured the expansion rate of a single gas cluster in a 1.1 mm sand above a pool of trans-1,2-dichloroethene (tDCE) in small-scale flow cell experiments. To characterize the gas flow, gas injection experiments in three sizes of sand were conducted at very slow injection rates typical of gas flow rates produced by gas expansion due to NAPL partitioning. Gas cluster spontaneous expansion rates above a tDCE pool were found to be 0.34 ± 0.02 and 0.29 ± 0.01 mL/day in duplicate experiments, which is sufficiently slow to result in discontinuous gas flow in porous media with a grain size diameter greater than 0.02 mm. Measured capillary pressures during gas injection showed patterns consistent with discontinuous gas flow, and identified multiple fragmentation events and expansion by coalescence with trapped clusters. The combination of pressure data and light transmission images were used to identify fragmentation and obtain direct measurements of the critical cluster length (i.e. the length at which withdrawal of the gas phase from a pore space occurs) in quasi-two-dimensional porous media for the first time. The measured critical cluster lengths were 1.4–3.6, 3.2–6.0 and 2.8–6.5 cm in 1.1, 0.7 and 0.5 mm sands, respectively. These values agreed well with estimates of the critical cluster length made using previously reported equations, and parameters derived from the medium’s capillary pressure-saturation relationship.