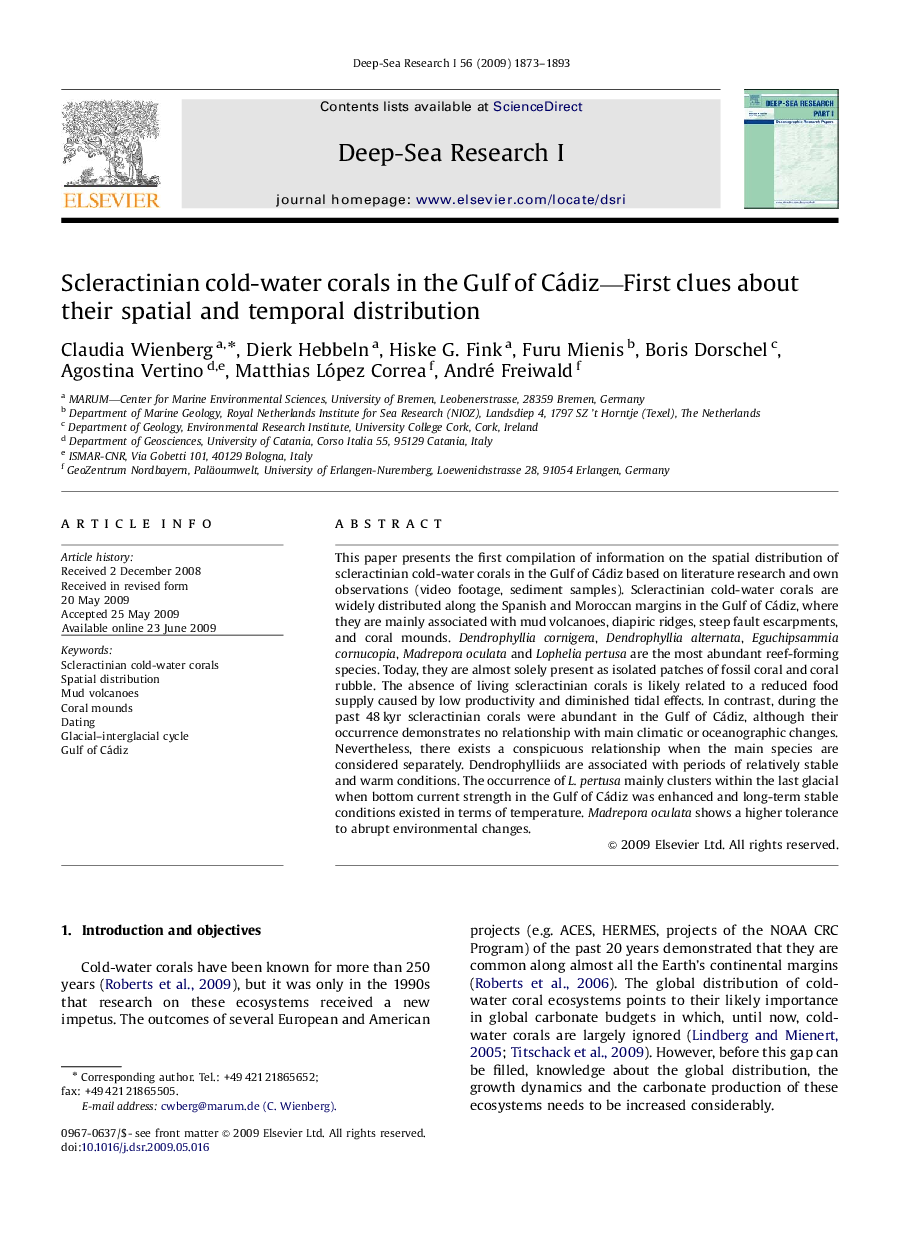 This paper presents the first compilation of information on the spatial distribution of scleractinian cold-water corals in the Gulf of Cádiz based on literature research and own observations (video footage, sediment samples). Scleractinian cold-water corals are widely distributed along the Spanish and Moroccan margins in the Gulf of Cádiz, where they are mainly associated with mud volcanoes, diapiric ridges, steep fault escarpments, and coral mounds. Dendrophyllia cornigera, Dendrophyllia alternata, Eguchipsammia cornucopia, Madrepora oculata and Lophelia pertusa are the most abundant reef-forming species. Today, they are almost solely present as isolated patches of fossil coral and coral rubble. The absence of living scleractinian corals is likely related to a reduced food supply caused by low productivity and diminished tidal effects. In contrast, during the past 48 kyr scleractinian corals were abundant in the Gulf of Cádiz, although their occurrence demonstrates no relationship with main climatic or oceanographic changes. Nevertheless, there exists a conspicuous relationship when the main species are considered separately. Dendrophylliids are associated with periods of relatively stable and warm conditions. The occurrence of L. pertusa mainly clusters within the last glacial when bottom current strength in the Gulf of Cádiz was enhanced and long-term stable conditions existed in terms of temperature. Madrepora oculata shows a higher tolerance to abrupt environmental changes.