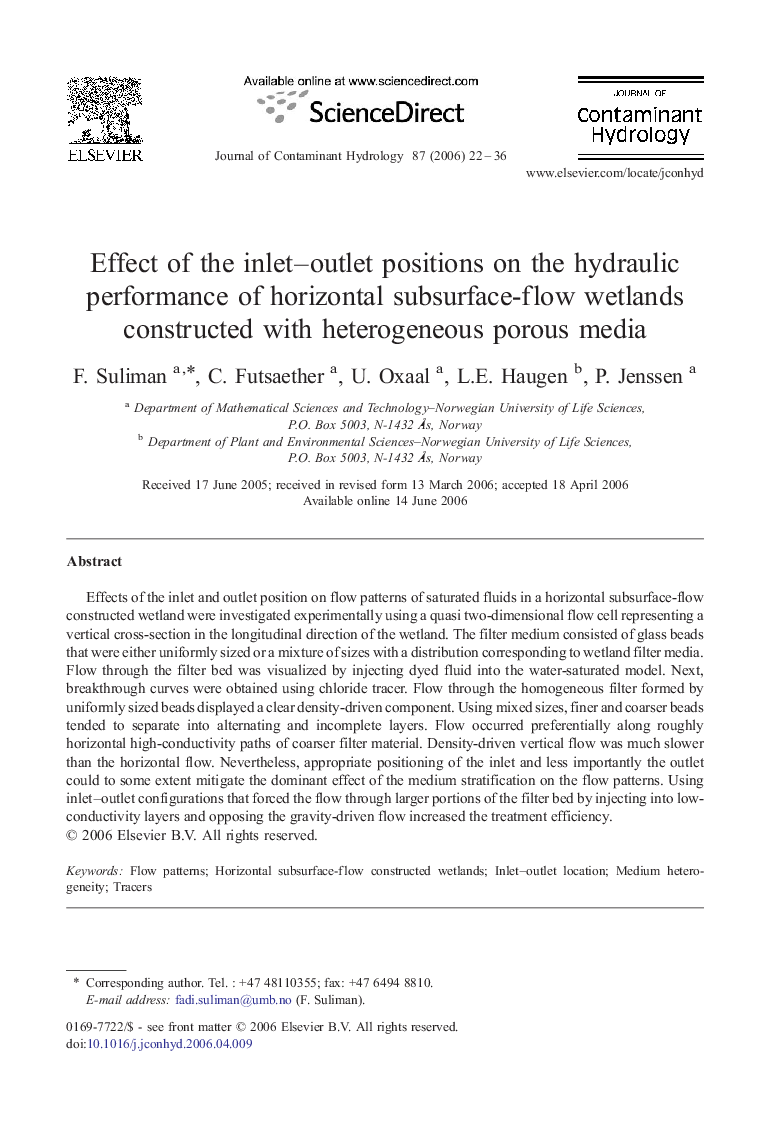 Effects of the inlet and outlet position on flow patterns of saturated fluids in a horizontal subsurface-flow constructed wetland were investigated experimentally using a quasi two-dimensional flow cell representing a vertical cross-section in the longitudinal direction of the wetland. The filter medium consisted of glass beads that were either uniformly sized or a mixture of sizes with a distribution corresponding to wetland filter media. Flow through the filter bed was visualized by injecting dyed fluid into the water-saturated model. Next, breakthrough curves were obtained using chloride tracer. Flow through the homogeneous filter formed by uniformly sized beads displayed a clear density-driven component. Using mixed sizes, finer and coarser beads tended to separate into alternating and incomplete layers. Flow occurred preferentially along roughly horizontal high-conductivity paths of coarser filter material. Density-driven vertical flow was much slower than the horizontal flow. Nevertheless, appropriate positioning of the inlet and less importantly the outlet could to some extent mitigate the dominant effect of the medium stratification on the flow patterns. Using inlet–outlet configurations that forced the flow through larger portions of the filter bed by injecting into low-conductivity layers and opposing the gravity-driven flow increased the treatment efficiency.