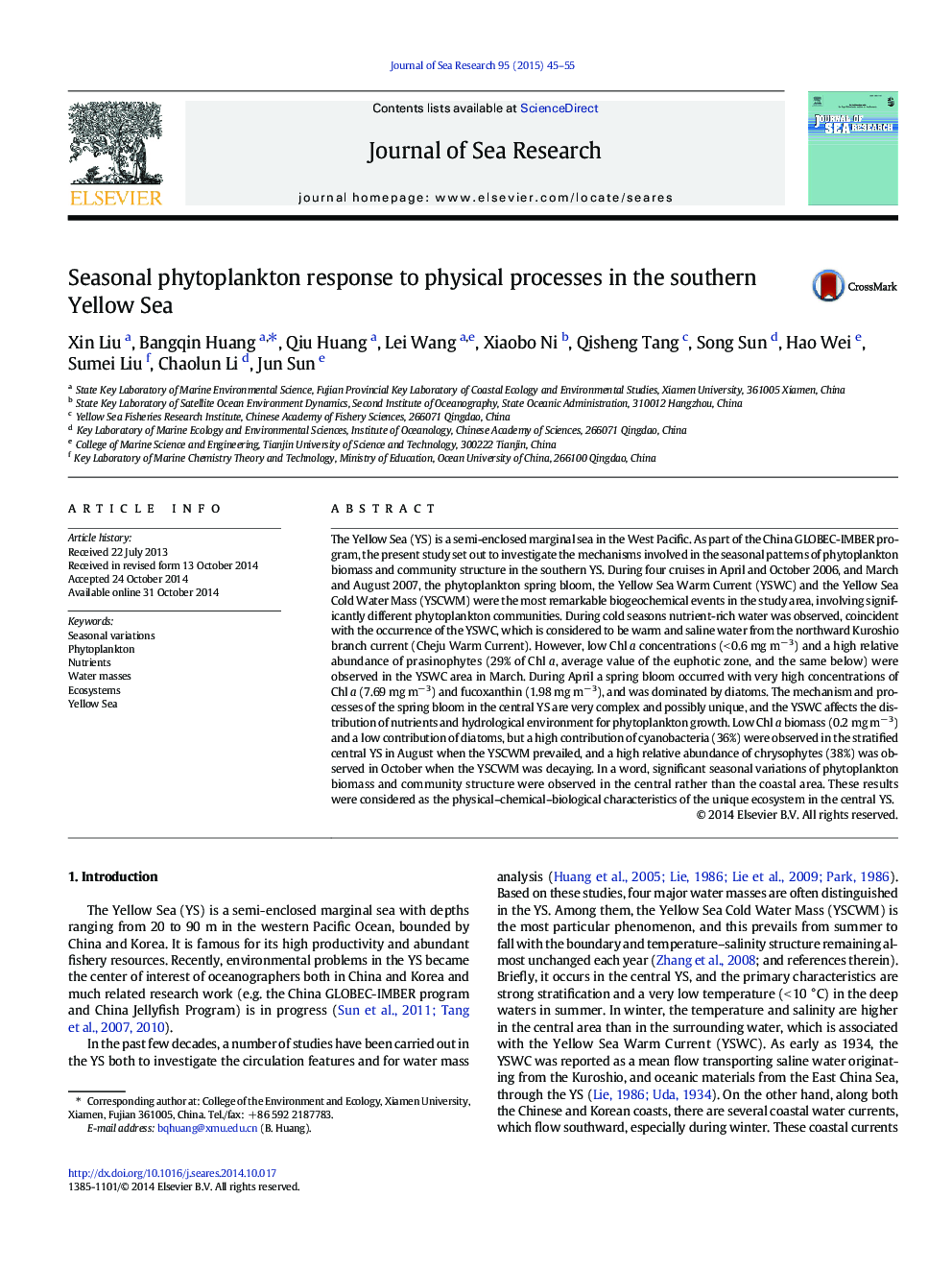 The Yellow Sea (YS) is a semi-enclosed marginal sea in the West Pacific. As part of the China GLOBEC-IMBER program, the present study set out to investigate the mechanisms involved in the seasonal patterns of phytoplankton biomass and community structure in the southern YS. During four cruises in April and October 2006, and March and August 2007, the phytoplankton spring bloom, the Yellow Sea Warm Current (YSWC) and the Yellow Sea Cold Water Mass (YSCWM) were the most remarkable biogeochemical events in the study area, involving significantly different phytoplankton communities. During cold seasons nutrient-rich water was observed, coincident with the occurrence of the YSWC, which is considered to be warm and saline water from the northward Kuroshio branch current (Cheju Warm Current). However, low Chl a concentrations (< 0.6 mg m− 3) and a high relative abundance of prasinophytes (29% of Chl a, average value of the euphotic zone, and the same below) were observed in the YSWC area in March. During April a spring bloom occurred with very high concentrations of Chl a (7.69 mg m− 3) and fucoxanthin (1.98 mg m− 3), and was dominated by diatoms. The mechanism and processes of the spring bloom in the central YS are very complex and possibly unique, and the YSWC affects the distribution of nutrients and hydrological environment for phytoplankton growth. Low Chl a biomass (0.2 mg m− 3) and a low contribution of diatoms, but a high contribution of cyanobacteria (36%) were observed in the stratified central YS in August when the YSCWM prevailed, and a high relative abundance of chrysophytes (38%) was observed in October when the YSCWM was decaying. In a word, significant seasonal variations of phytoplankton biomass and community structure were observed in the central rather than the coastal area. These results were considered as the physical–chemical–biological characteristics of the unique ecosystem in the central YS.