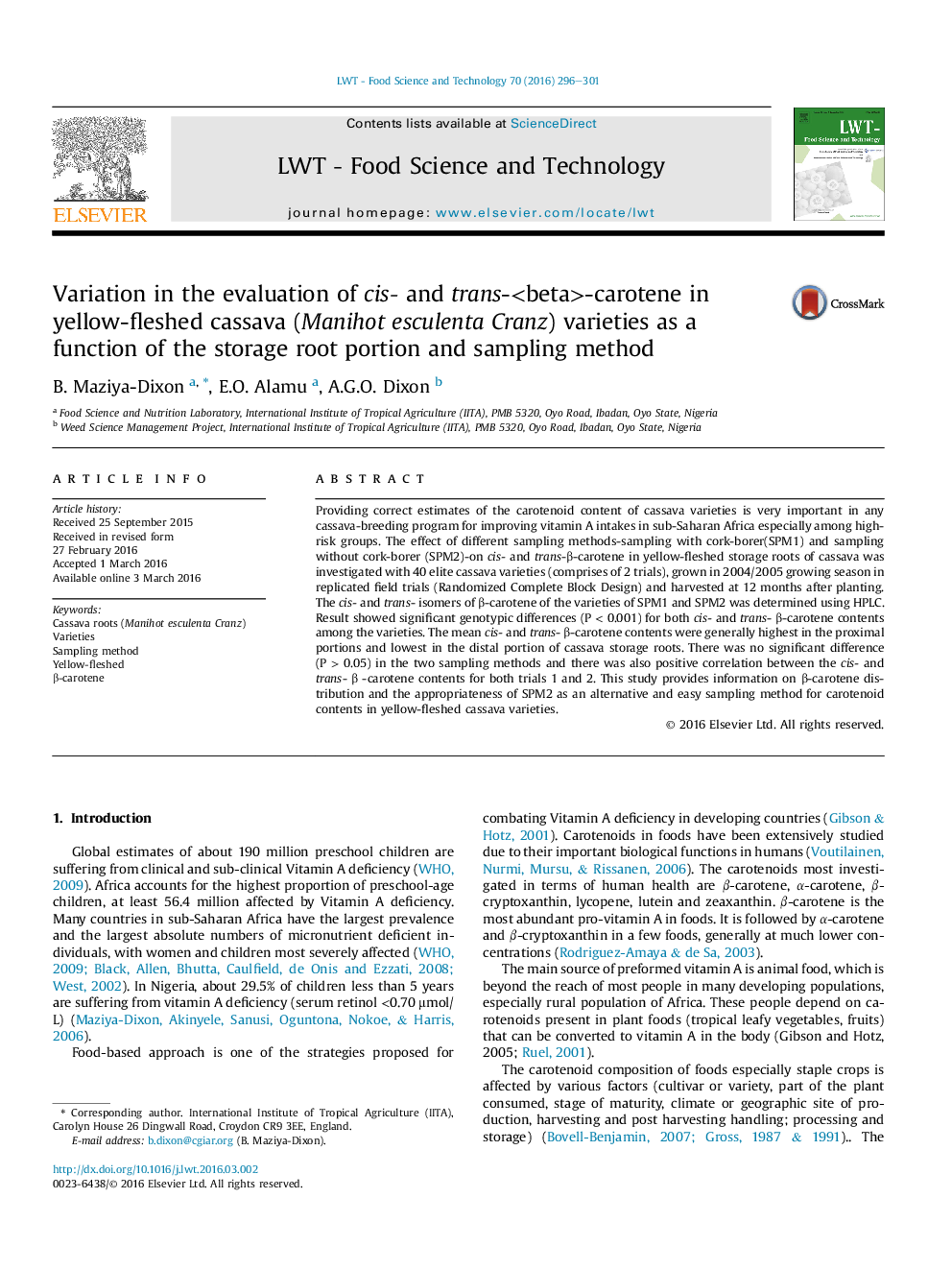 Providing correct estimates of the carotenoid content of cassava varieties is very important in any cassava-breeding program for improving vitamin A intakes in sub-Saharan Africa especially among high-risk groups. The effect of different sampling methods-sampling with cork-borer(SPM1) and sampling without cork-borer (SPM2)-on cis- and trans-β-carotene in yellow-fleshed storage roots of cassava was investigated with 40 elite cassava varieties (comprises of 2 trials), grown in 2004/2005 growing season in replicated field trials (Randomized Complete Block Design) and harvested at 12 months after planting. The cis- and trans- isomers of β-carotene of the varieties of SPM1 and SPM2 was determined using HPLC. Result showed significant genotypic differences (P < 0.001) for both cis- and trans- β-carotene contents among the varieties. The mean cis- and trans- β-carotene contents were generally highest in the proximal portions and lowest in the distal portion of cassava storage roots. There was no significant difference (P > 0.05) in the two sampling methods and there was also positive correlation between the cis- and trans- β -carotene contents for both trials 1 and 2. This study provides information on β-carotene distribution and the appropriateness of SPM2 as an alternative and easy sampling method for carotenoid contents in yellow-fleshed cassava varieties.