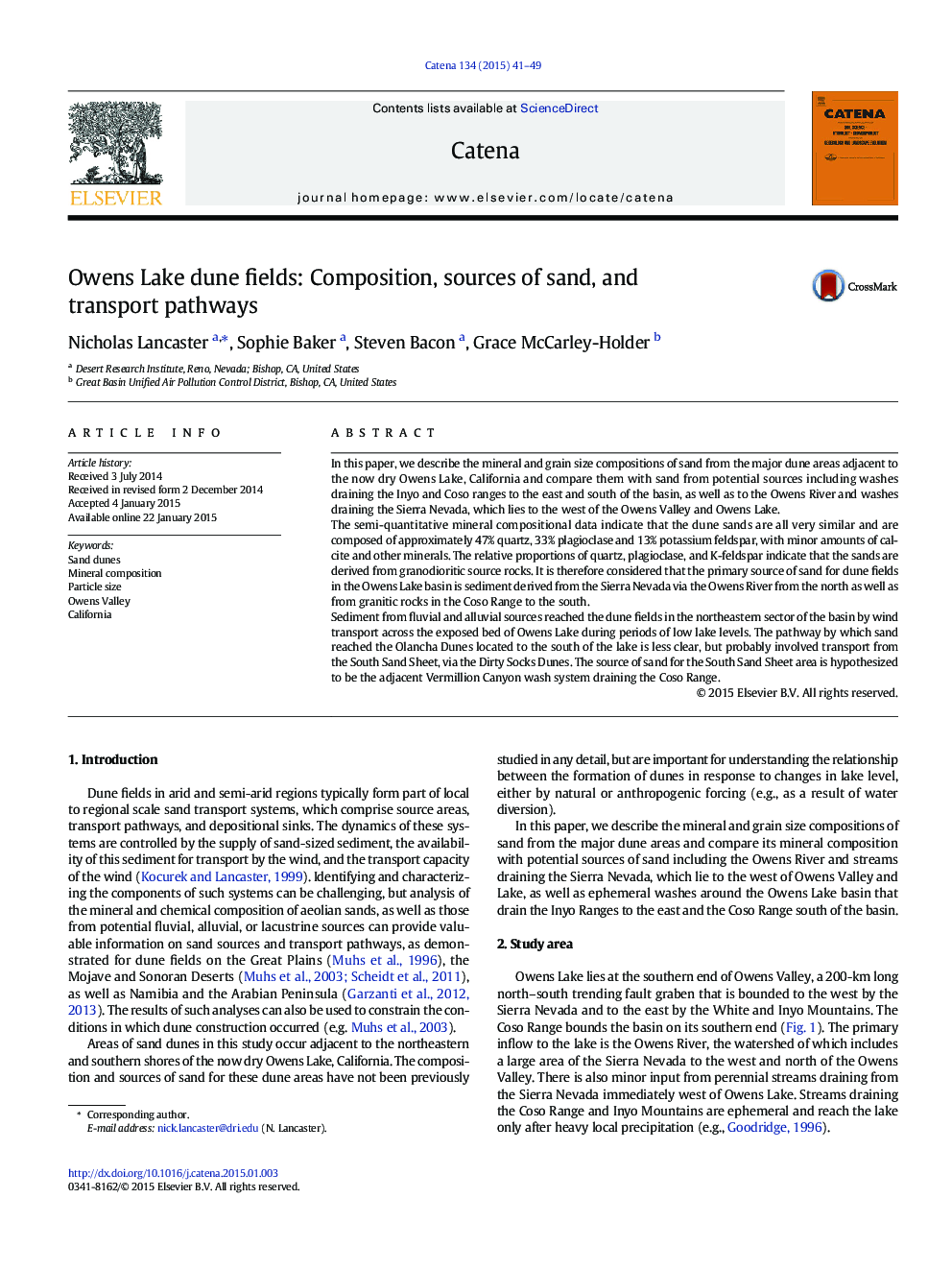 • Dune sands in the Owens Lake basin are derived from granitic source rocks.
• Their composition indicates that they are mineralogically immature.
• The major contributor of sediment was the Owens River.

In this paper, we describe the mineral and grain size compositions of sand from the major dune areas adjacent to the now dry Owens Lake, California and compare them with sand from potential sources including washes draining the Inyo and Coso ranges to the east and south of the basin, as well as to the Owens River and washes draining the Sierra Nevada, which lies to the west of the Owens Valley and Owens Lake.The semi-quantitative mineral compositional data indicate that the dune sands are all very similar and are composed of approximately 47% quartz, 33% plagioclase and 13% potassium feldspar, with minor amounts of calcite and other minerals. The relative proportions of quartz, plagioclase, and K-feldspar indicate that the sands are derived from granodioritic source rocks. It is therefore considered that the primary source of sand for dune fields in the Owens Lake basin is sediment derived from the Sierra Nevada via the Owens River from the north as well as from granitic rocks in the Coso Range to the south.Sediment from fluvial and alluvial sources reached the dune fields in the northeastern sector of the basin by wind transport across the exposed bed of Owens Lake during periods of low lake levels. The pathway by which sand reached the Olancha Dunes located to the south of the lake is less clear, but probably involved transport from the South Sand Sheet, via the Dirty Socks Dunes. The source of sand for the South Sand Sheet area is hypothesized to be the adjacent Vermillion Canyon wash system draining the Coso Range.