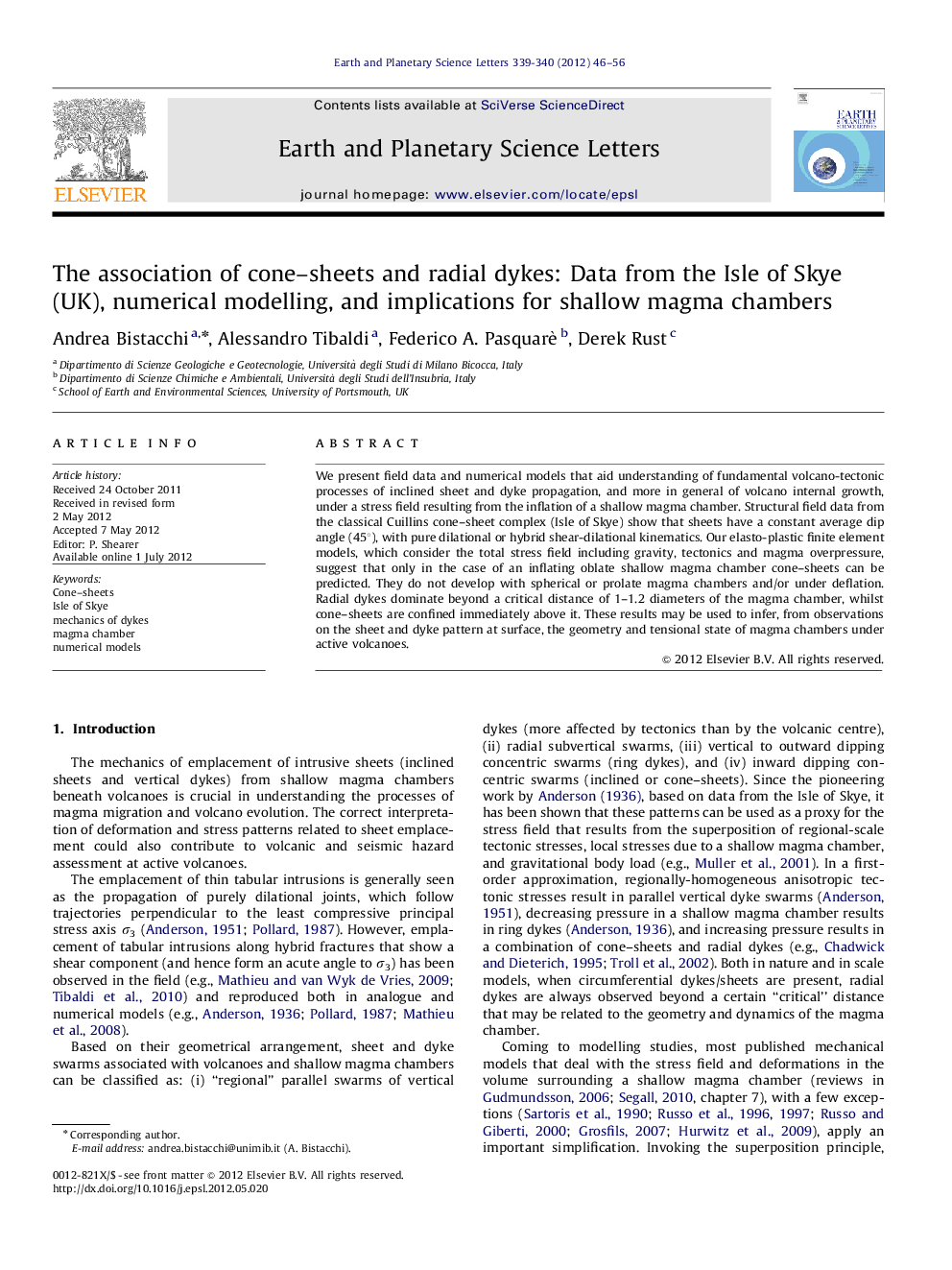 We present field data and numerical models that aid understanding of fundamental volcano-tectonic processes of inclined sheet and dyke propagation, and more in general of volcano internal growth, under a stress field resulting from the inflation of a shallow magma chamber. Structural field data from the classical Cuillins cone–sheet complex (Isle of Skye) show that sheets have a constant average dip angle (45°), with pure dilational or hybrid shear-dilational kinematics. Our elasto-plastic finite element models, which consider the total stress field including gravity, tectonics and magma overpressure, suggest that only in the case of an inflating oblate shallow magma chamber cone–sheets can be predicted. They do not develop with spherical or prolate magma chambers and/or under deflation. Radial dykes dominate beyond a critical distance of 1–1.2 diameters of the magma chamber, whilst cone–sheets are confined immediately above it. These results may be used to infer, from observations on the sheet and dyke pattern at surface, the geometry and tensional state of magma chambers under active volcanoes.