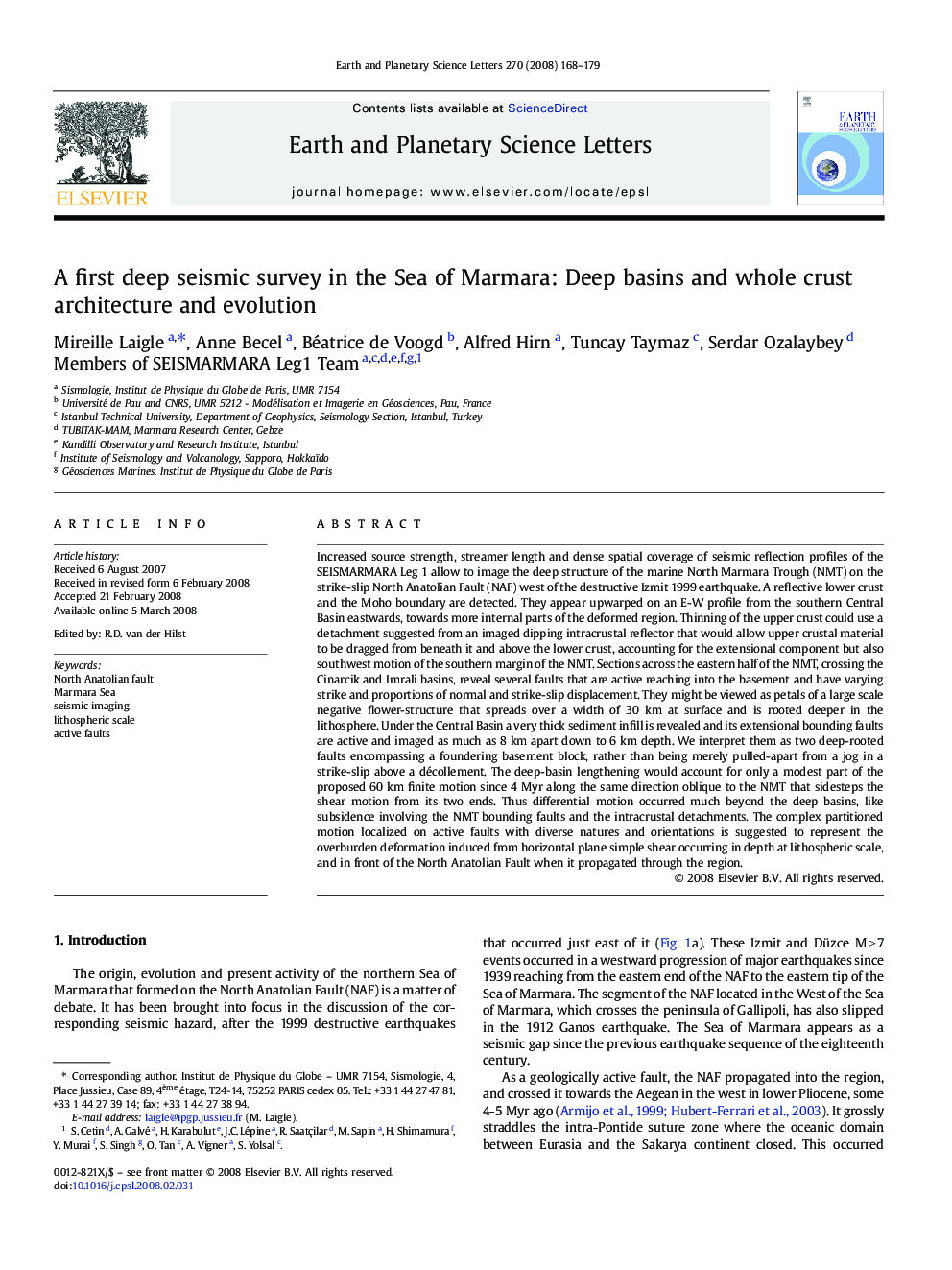 Increased source strength, streamer length and dense spatial coverage of seismic reflection profiles of the SEISMARMARA Leg 1 allow to image the deep structure of the marine North Marmara Trough (NMT) on the strike-slip North Anatolian Fault (NAF) west of the destructive Izmit 1999 earthquake. A reflective lower crust and the Moho boundary are detected. They appear upwarped on an E-W profile from the southern Central Basin eastwards, towards more internal parts of the deformed region. Thinning of the upper crust could use a detachment suggested from an imaged dipping intracrustal reflector that would allow upper crustal material to be dragged from beneath it and above the lower crust, accounting for the extensional component but also southwest motion of the southern margin of the NMT. Sections across the eastern half of the NMT, crossing the Cinarcik and Imrali basins, reveal several faults that are active reaching into the basement and have varying strike and proportions of normal and strike-slip displacement. They might be viewed as petals of a large scale negative flower-structure that spreads over a width of 30 km at surface and is rooted deeper in the lithosphere. Under the Central Basin a very thick sediment infill is revealed and its extensional bounding faults are active and imaged as much as 8 km apart down to 6 km depth. We interpret them as two deep-rooted faults encompassing a foundering basement block, rather than being merely pulled-apart from a jog in a strike-slip above a décollement. The deep-basin lengthening would account for only a modest part of the proposed 60 km finite motion since 4 Myr along the same direction oblique to the NMT that sidesteps the shear motion from its two ends. Thus differential motion occurred much beyond the deep basins, like subsidence involving the NMT bounding faults and the intracrustal detachments. The complex partitioned motion localized on active faults with diverse natures and orientations is suggested to represent the overburden deformation induced from horizontal plane simple shear occurring in depth at lithospheric scale, and in front of the North Anatolian Fault when it propagated through the region.