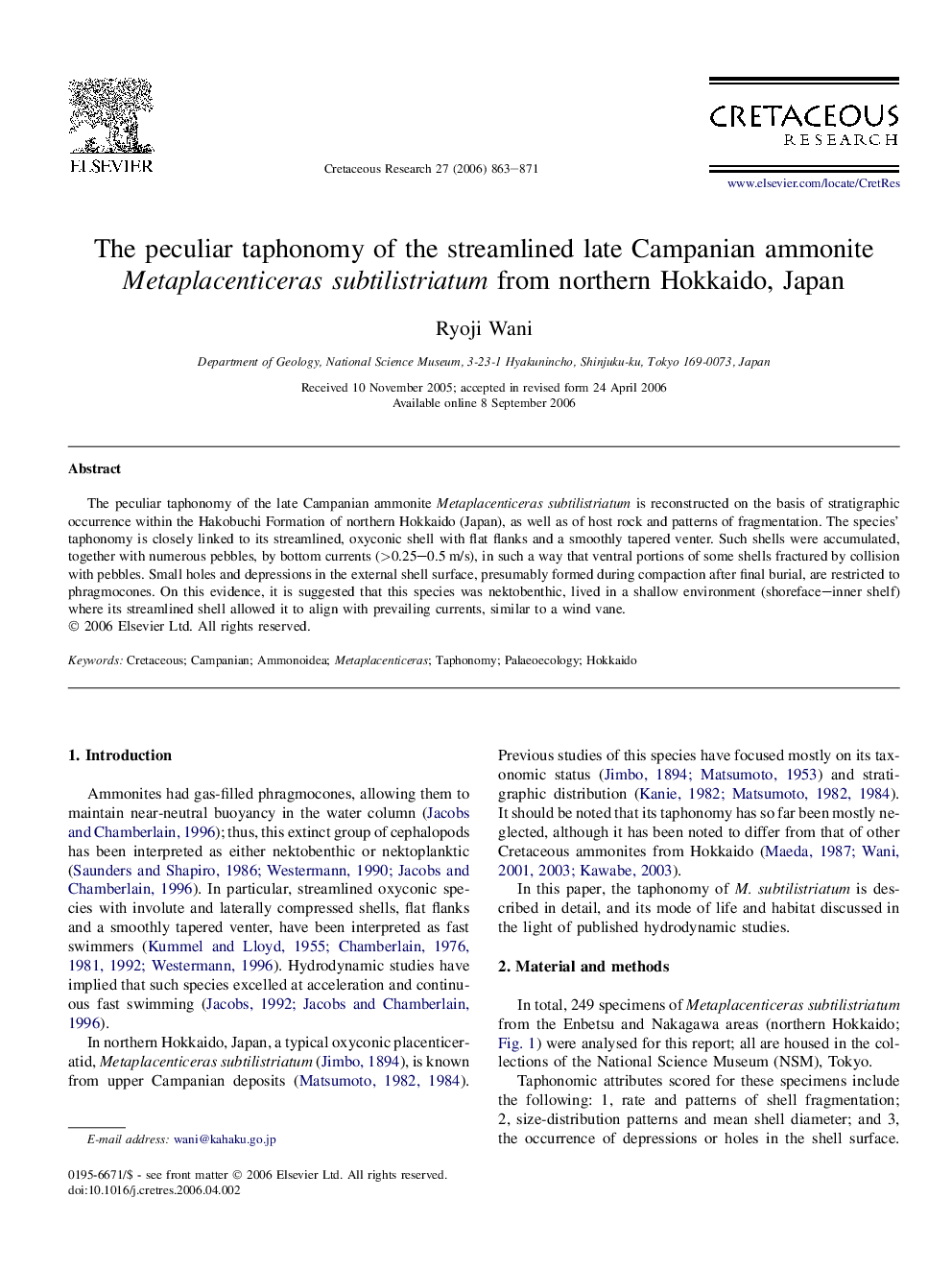 The peculiar taphonomy of the late Campanian ammonite Metaplacenticeras subtilistriatum is reconstructed on the basis of stratigraphic occurrence within the Hakobuchi Formation of northern Hokkaido (Japan), as well as of host rock and patterns of fragmentation. The species' taphonomy is closely linked to its streamlined, oxyconic shell with flat flanks and a smoothly tapered venter. Such shells were accumulated, together with numerous pebbles, by bottom currents (>0.25–0.5 m/s), in such a way that ventral portions of some shells fractured by collision with pebbles. Small holes and depressions in the external shell surface, presumably formed during compaction after final burial, are restricted to phragmocones. On this evidence, it is suggested that this species was nektobenthic, lived in a shallow environment (shoreface–inner shelf) where its streamlined shell allowed it to align with prevailing currents, similar to a wind vane.