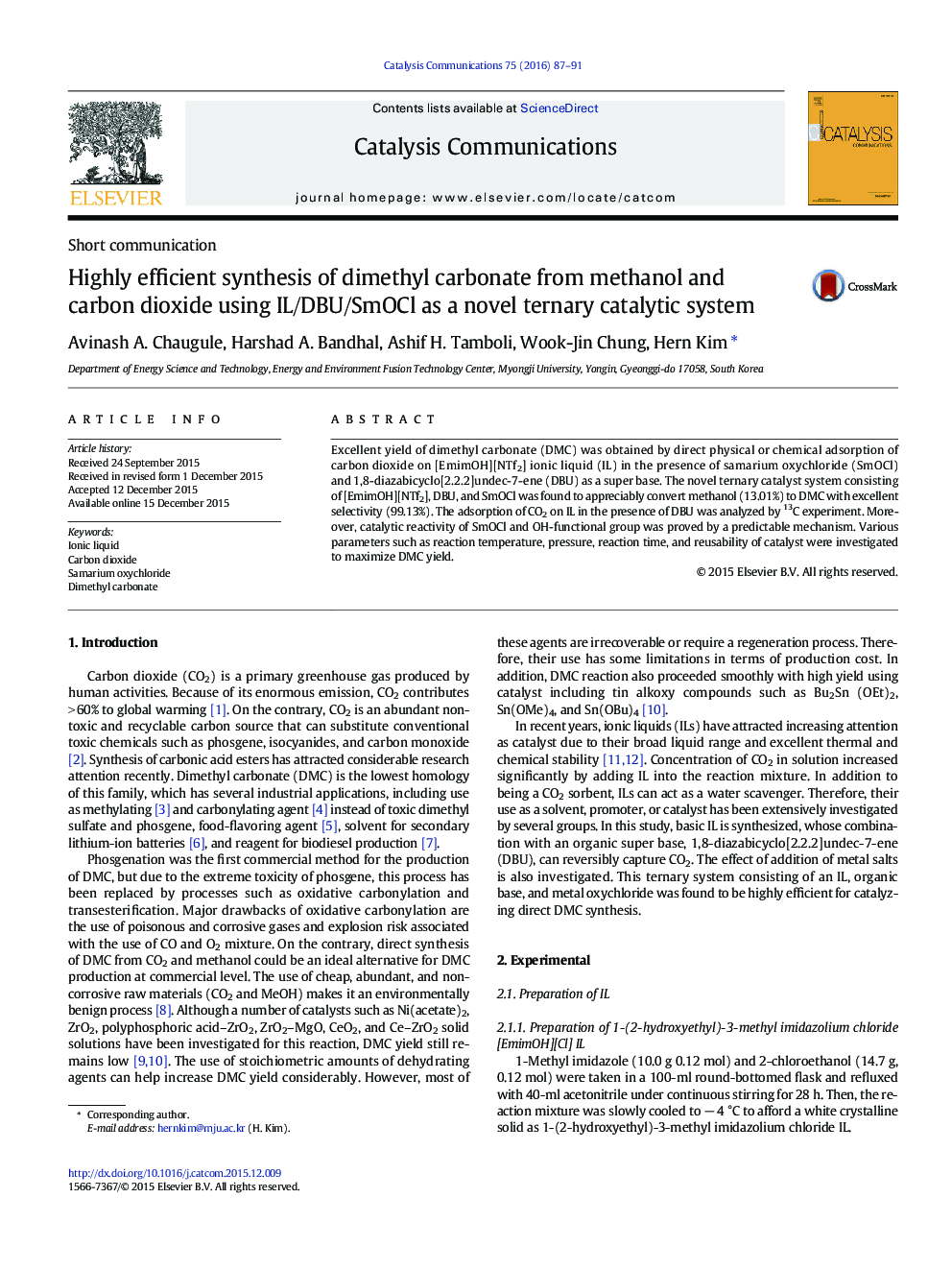 Excellent yield of dimethyl carbonate (DMC) was obtained by direct physical or chemical adsorption of carbon dioxide on [EmimOH][NTf2] ionic liquid (IL) in the presence of samarium oxychloride (SmOCl) and 1,8-diazabicyclo[2.2.2]undec-7-ene (DBU) as a super base. The novel ternary catalyst system consisting of [EmimOH][NTf2], DBU, and SmOCl was found to appreciably convert methanol (13.01%) to DMC with excellent selectivity (99.13%). The adsorption of CO2 on IL in the presence of DBU was analyzed by 13C experiment. Moreover, catalytic reactivity of SmOCl and OH-functional group was proved by a predictable mechanism. Various parameters such as reaction temperature, pressure, reaction time, and reusability of catalyst were investigated to maximize DMC yield.