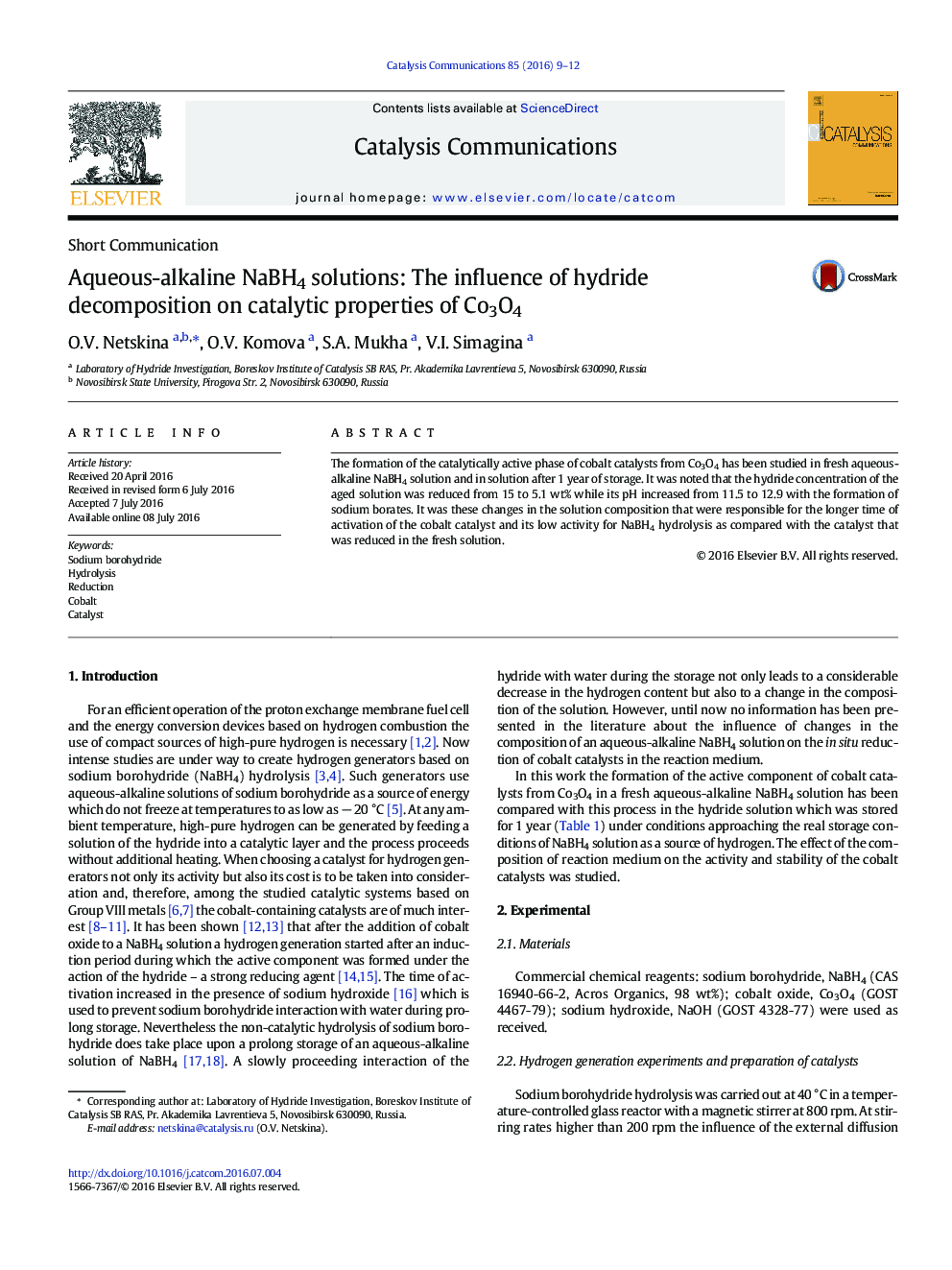 • Change of properties of NaBH4 solution during its storage (1 year) was observed.
• In fresh and aged alkaline NaBH4 solutions a Co3O4 catalyst reduction was studied.
• Solution storage has negative effect on formation rate of active phase from Co3O4.
• During stability test a reaction rate increased due to gradual reduction of Co3O4.

The formation of the catalytically active phase of cobalt catalysts from Co3O4 has been studied in fresh aqueous-alkaline NaBH4 solution and in solution after 1 year of storage. It was noted that the hydride concentration of the aged solution was reduced from 15 to 5.1 wt% while its pH increased from 11.5 to 12.9 with the formation of sodium borates. It was these changes in the solution composition that were responsible for the longer time of activation of the cobalt catalyst and its low activity for NaBH4 hydrolysis as compared with the catalyst that was reduced in the fresh solution.