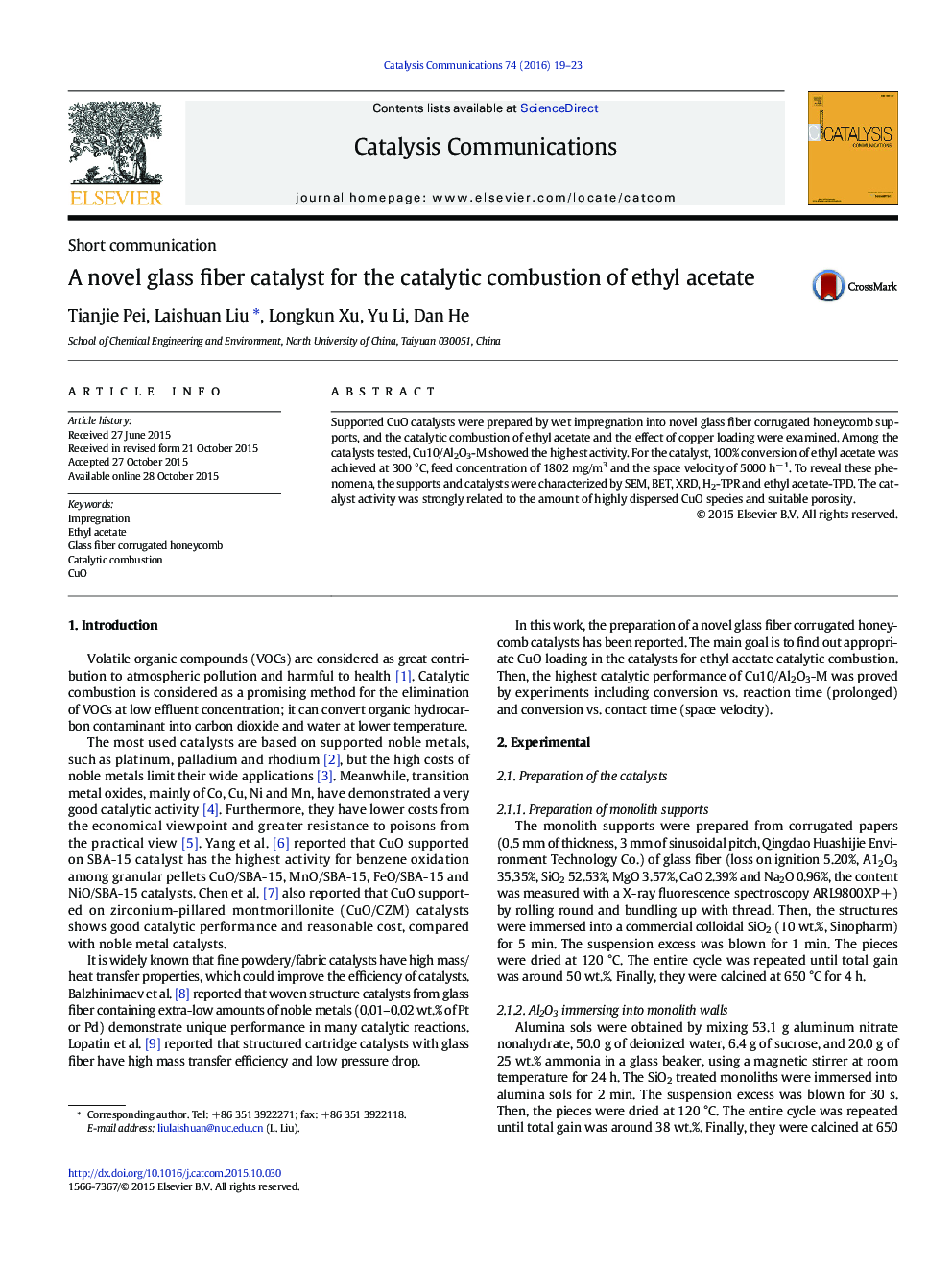 Supported CuO catalysts were prepared by wet impregnation into novel glass fiber corrugated honeycomb supports, and the catalytic combustion of ethyl acetate and the effect of copper loading were examined. Among the catalysts tested, Cu10/Al2O3-M showed the highest activity. For the catalyst, 100% conversion of ethyl acetate was achieved at 300 °C, feed concentration of 1802 mg/m3 and the space velocity of 5000 h− 1. To reveal these phenomena, the supports and catalysts were characterized by SEM, BET, XRD, H2-TPR and ethyl acetate-TPD. The catalyst activity was strongly related to the amount of highly dispersed CuO species and suitable porosity.