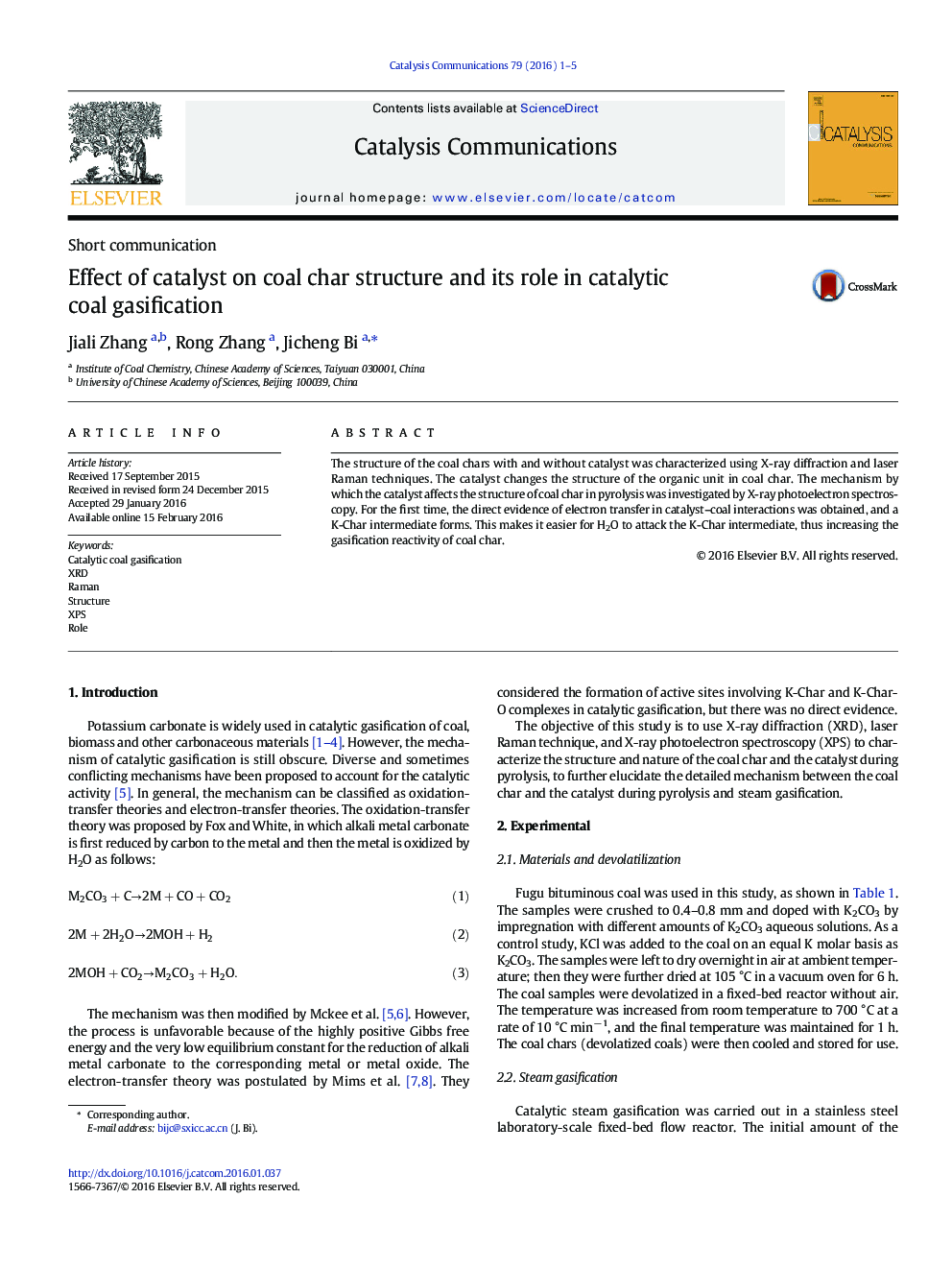 The structure of the coal chars with and without catalyst was characterized using X-ray diffraction and laser Raman techniques. The catalyst changes the structure of the organic unit in coal char. The mechanism by which the catalyst affects the structure of coal char in pyrolysis was investigated by X-ray photoelectron spectroscopy. For the first time, the direct evidence of electron transfer in catalyst–coal interactions was obtained, and a K-Char intermediate forms. This makes it easier for H2O to attack the K-Char intermediate, thus increasing the gasification reactivity of coal char.