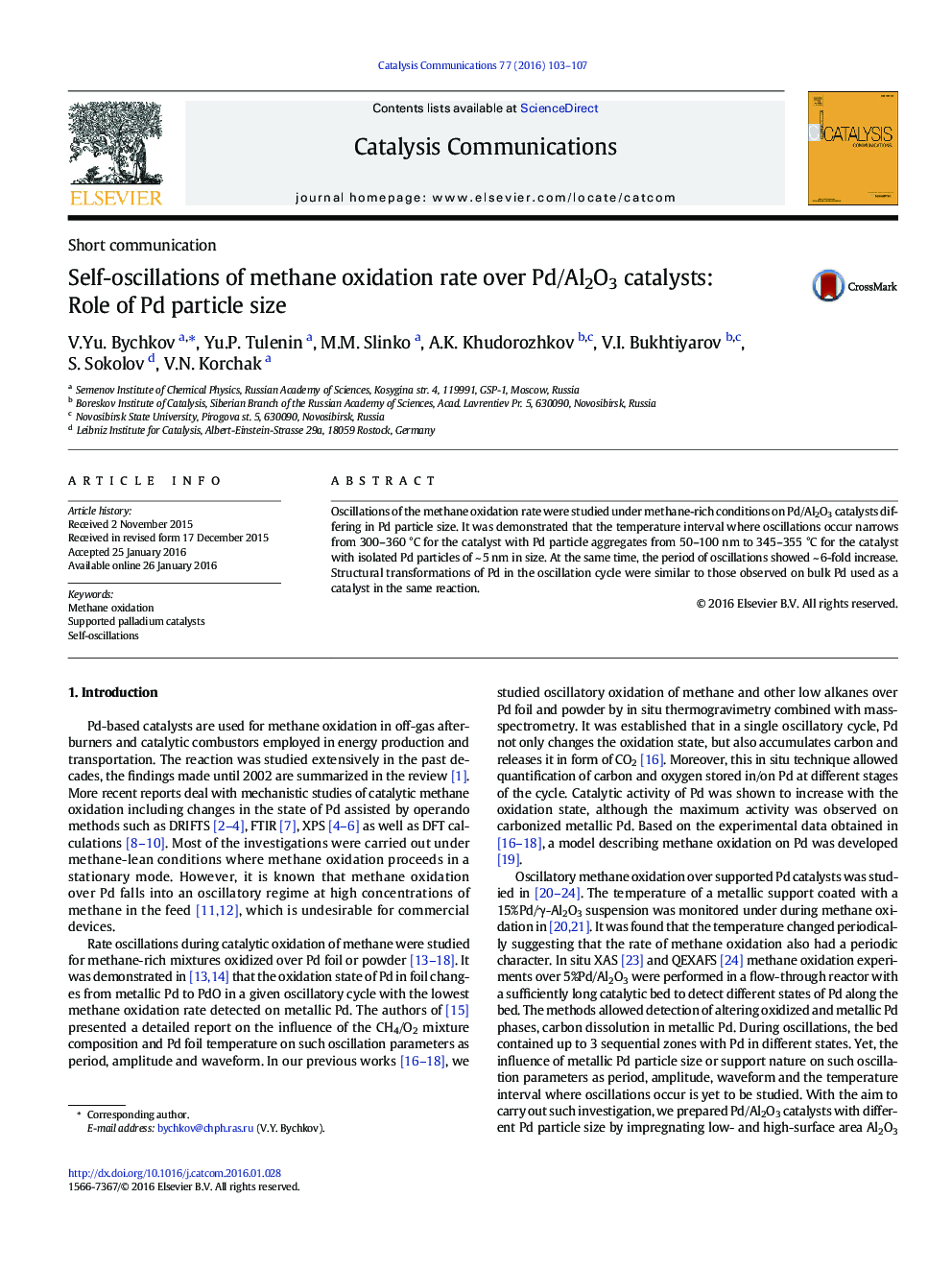 Oscillations of the methane oxidation rate were studied under methane-rich conditions on Pd/Al2O3 catalysts differing in Pd particle size. It was demonstrated that the temperature interval where oscillations occur narrows from 300–360 °C for the catalyst with Pd particle aggregates from 50–100 nm to 345–355 °C for the catalyst with isolated Pd particles of ~ 5 nm in size. At the same time, the period of oscillations showed ~ 6-fold increase. Structural transformations of Pd in the oscillation cycle were similar to those observed on bulk Pd used as a catalyst in the same reaction.