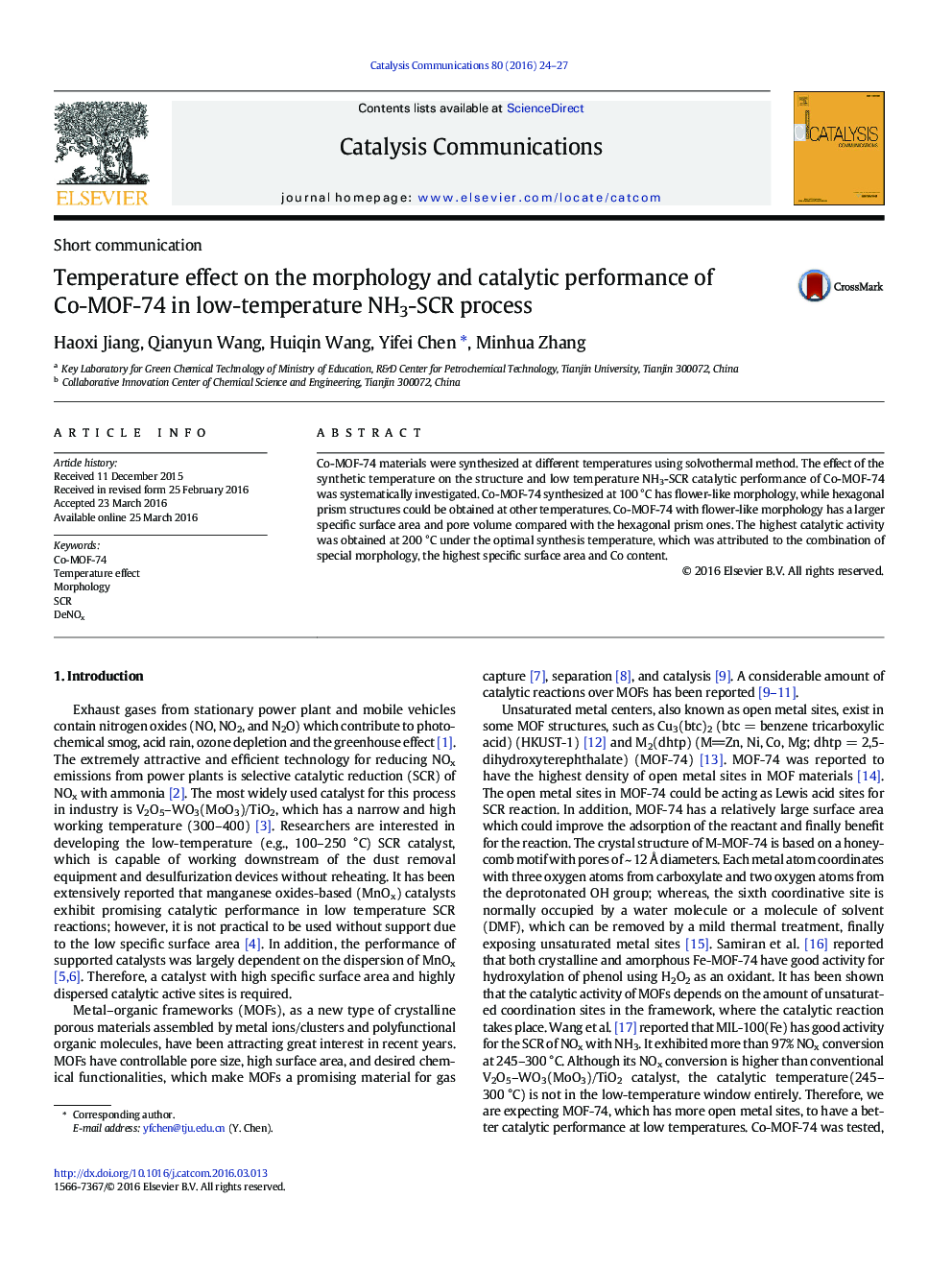 Co-MOF-74 materials were synthesized at different temperatures using solvothermal method. The effect of the synthetic temperature on the structure and low temperature NH3-SCR catalytic performance of Co-MOF-74 was systematically investigated. Co-MOF-74 synthesized at 100 °C has flower-like morphology, while hexagonal prism structures could be obtained at other temperatures. Co-MOF-74 with flower-like morphology has a larger specific surface area and pore volume compared with the hexagonal prism ones. The highest catalytic activity was obtained at 200 °C under the optimal synthesis temperature, which was attributed to the combination of special morphology, the highest specific surface area and Co content.