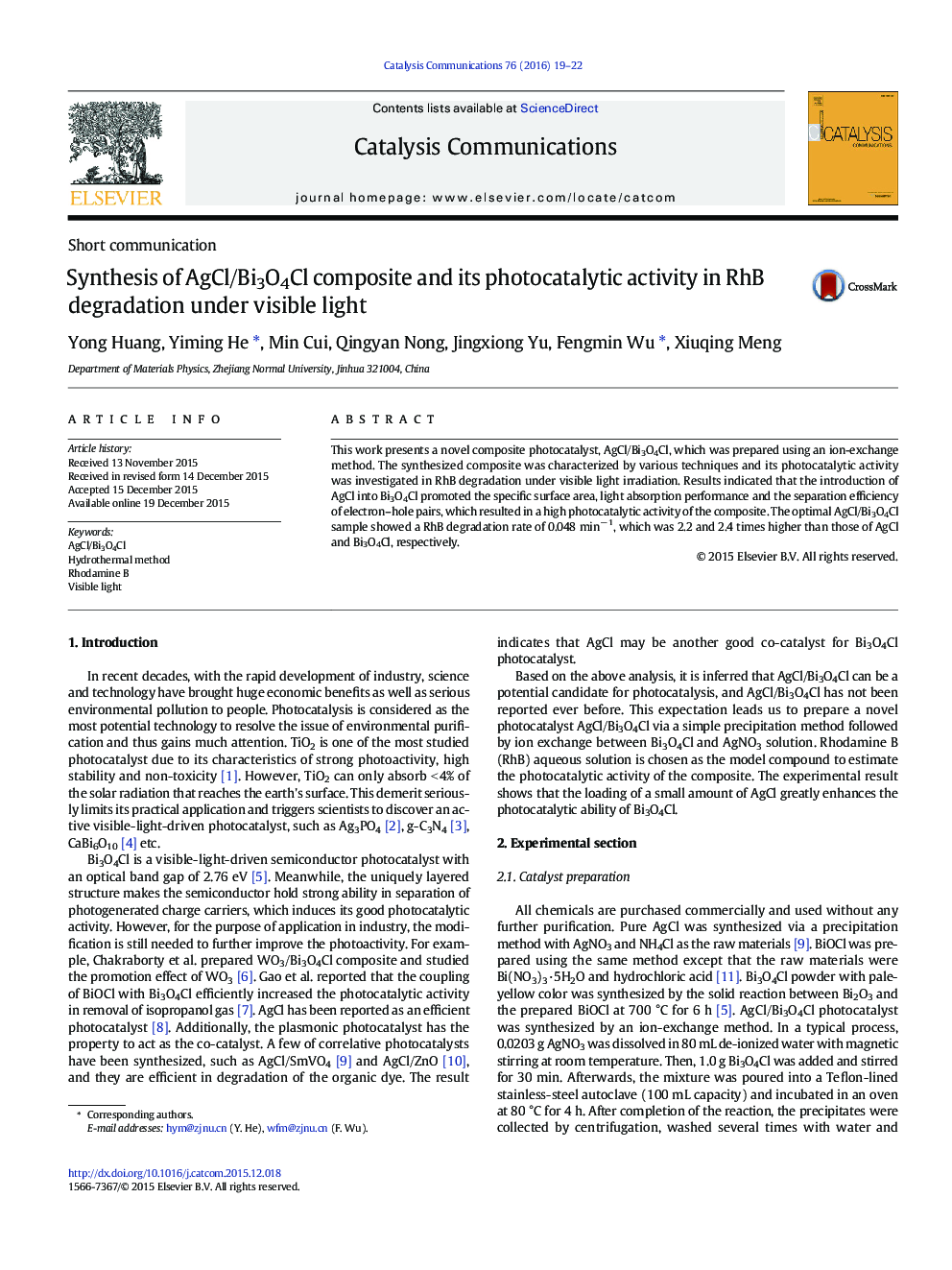 • High-efficient AgCl/Bi3O4Cl composite was prepared by an ion-exchange method.
• The RhB degradation rate of AgCl/Bi3O4Cl is 2.4 times faster than that of Bi3O4Cl.
• The influence factors on the photoactivity of AgCl/Bi3O4Cl were investigated.

This work presents a novel composite photocatalyst, AgCl/Bi3O4Cl, which was prepared using an ion-exchange method. The synthesized composite was characterized by various techniques and its photocatalytic activity was investigated in RhB degradation under visible light irradiation. Results indicated that the introduction of AgCl into Bi3O4Cl promoted the specific surface area, light absorption performance and the separation efficiency of electron–hole pairs, which resulted in a high photocatalytic activity of the composite. The optimal AgCl/Bi3O4Cl sample showed a RhB degradation rate of 0.048 min− 1, which was 2.2 and 2.4 times higher than those of AgCl and Bi3O4Cl, respectively.