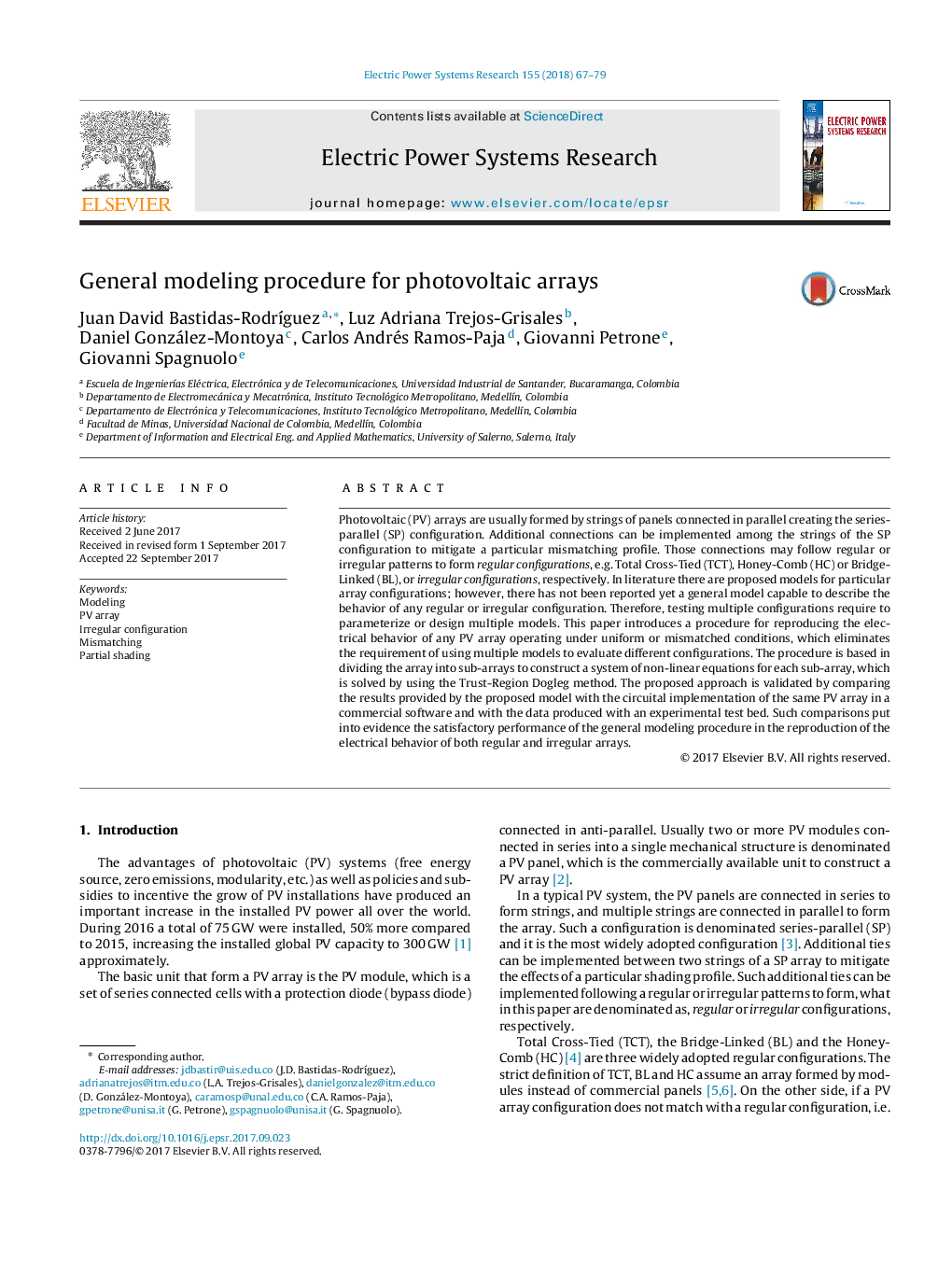 - The modeling procedure allows to obtain the I-V and P-V curves of PV arrays operating under mismatching conditions and connected in any configuration.
- The proposed procedure is based on dividing the PV array into independent sub-arrays which are analyzed through the circuit Kirchhoff laws of current and voltage.
- Results from simulations and experimental tests on SP, TCT, BL and irregular structures validate the proposed approach.
- The proposed procedure is suitable to be implemented in programming languages such as C or C++.

Photovoltaic (PV) arrays are usually formed by strings of panels connected in parallel creating the series-parallel (SP) configuration. Additional connections can be implemented among the strings of the SP configuration to mitigate a particular mismatching profile. Those connections may follow regular or irregular patterns to form regular configurations, e.g. Total Cross-Tied (TCT), Honey-Comb (HC) or Bridge-Linked (BL), or irregular configurations, respectively. In literature there are proposed models for particular array configurations; however, there has not been reported yet a general model capable to describe the behavior of any regular or irregular configuration. Therefore, testing multiple configurations require to parameterize or design multiple models. This paper introduces a procedure for reproducing the electrical behavior of any PV array operating under uniform or mismatched conditions, which eliminates the requirement of using multiple models to evaluate different configurations. The procedure is based in dividing the array into sub-arrays to construct a system of non-linear equations for each sub-array, which is solved by using the Trust-Region Dogleg method. The proposed approach is validated by comparing the results provided by the proposed model with the circuital implementation of the same PV array in a commercial software and with the data produced with an experimental test bed. Such comparisons put into evidence the satisfactory performance of the general modeling procedure in the reproduction of the electrical behavior of both regular and irregular arrays.