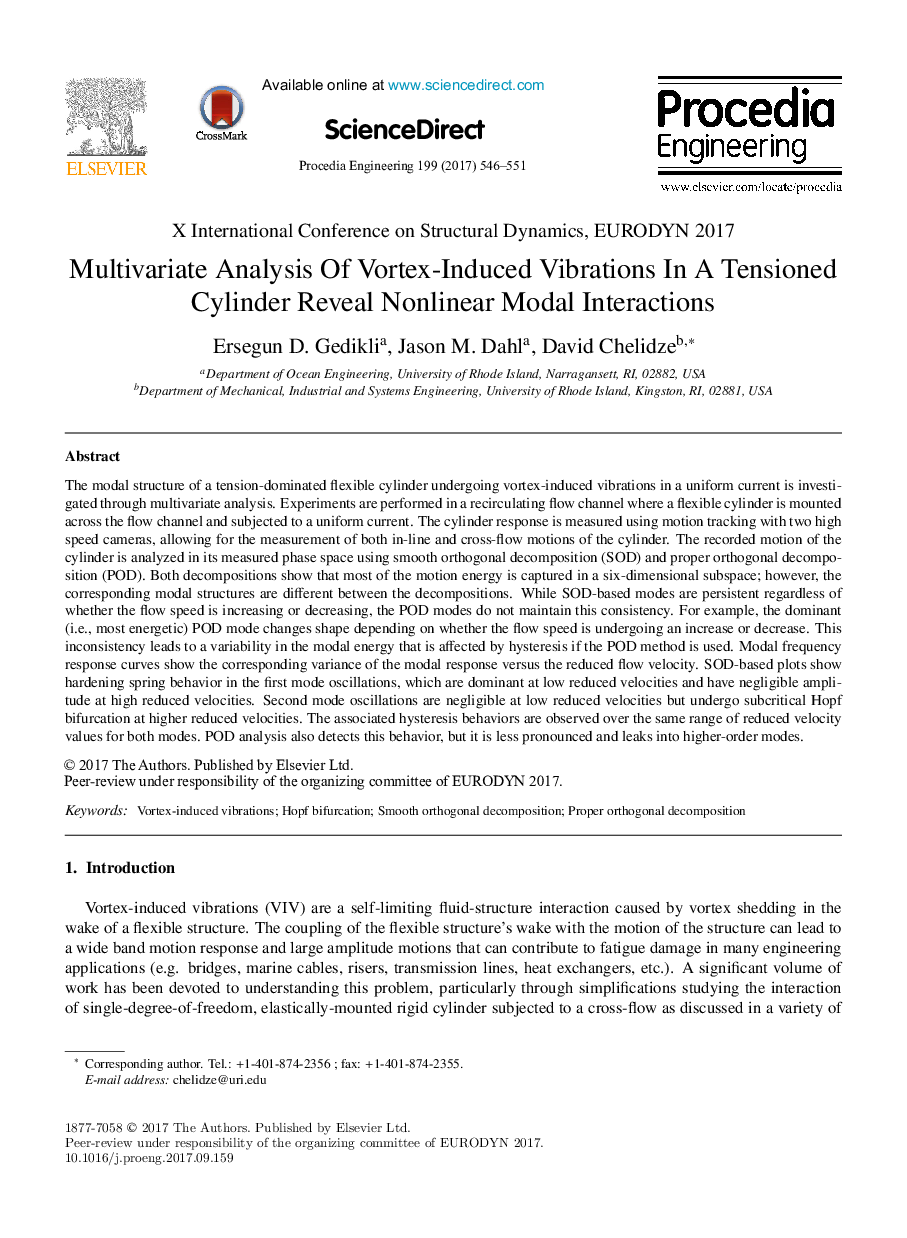 The modal structure of a tension-dominated flexible cylinder undergoing vortex-induced vibrations in a uniform current is investigated through multivariate analysis. Experiments are performed in a recirculating flow channel where a flexible cylinder is mounted across the flow channel and subjected to a uniform current. The cylinder response is measured using motion tracking with two high speed cameras, allowing for the measurement of both in-line and cross-flow motions of the cylinder. The recorded motion of the cylinder is analyzed in its measured phase space using smooth orthogonal decomposition (SOD) and proper orthogonal decomposition (POD). Both decompositions show that most of the motion energy is captured in a six-dimensional subspace; however, the corresponding modal structures are different between the decompositions. While SOD-based modes are persistent regardless of whether the flow speed is increasing or decreasing, the POD modes do not maintain this consistency. For example, the dominant (i.e., most energetic) POD mode changes shape depending on whether the flow speed is undergoing an increase or decrease. This inconsistency leads to a variability in the modal energy that is affected by hysteresis if the POD method is used. Modal frequency response curves show the corresponding variance of the modal response versus the reduced flow velocity. SOD-based plots show hardening spring behavior in the first mode oscillations, which are dominant at low reduced velocities and have negligible amplitude at high reduced velocities. Second mode oscillations are negligible at low reduced velocities but undergo subcritical Hopf bifurcation at higher reduced velocities. The associated hysteresis behaviors are observed over the same range of reduced velocity values for both modes. POD analysis also detects this behavior, but it is less pronounced and leaks into higher-order modes.