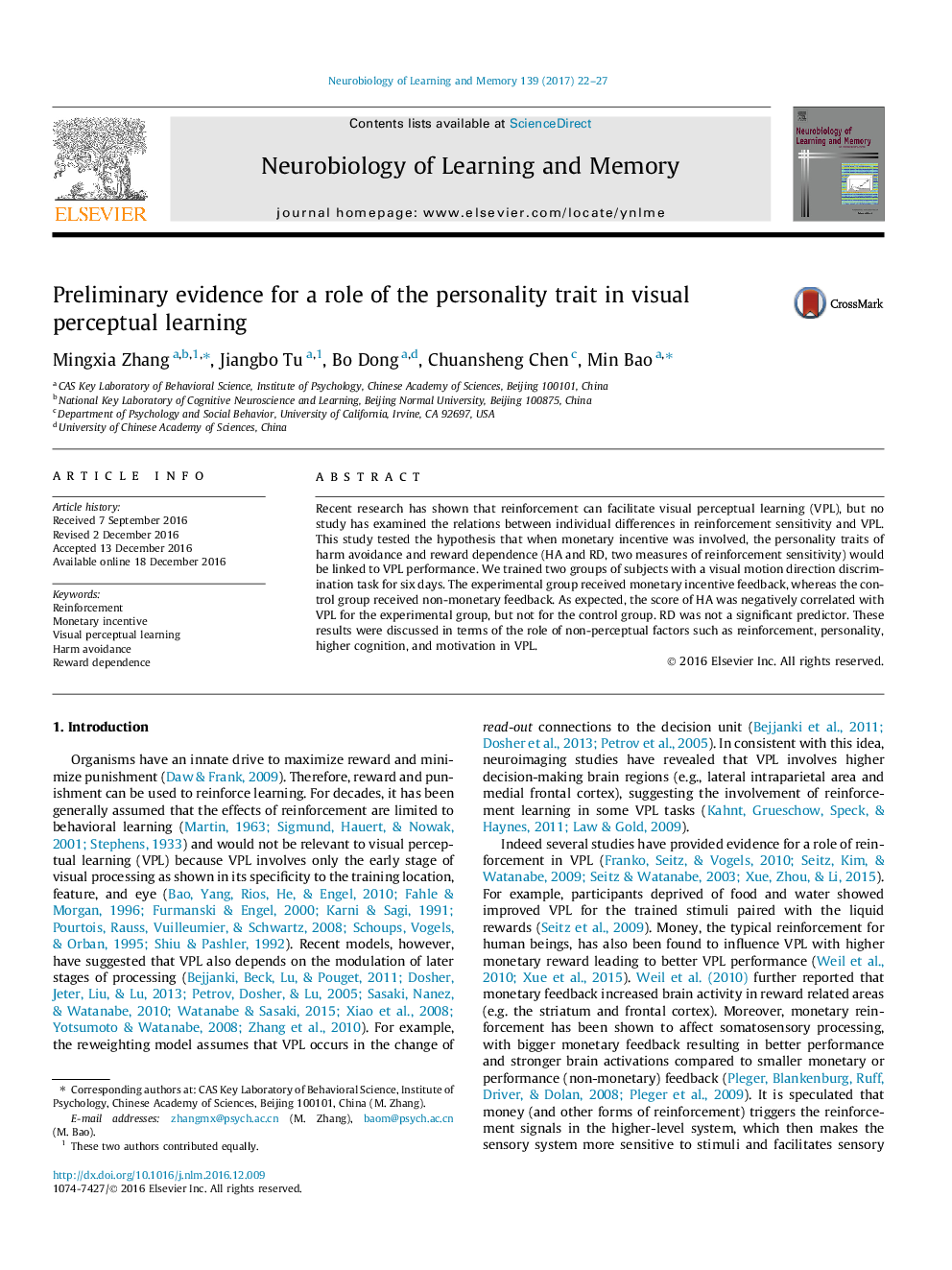 Recent research has shown that reinforcement can facilitate visual perceptual learning (VPL), but no study has examined the relations between individual differences in reinforcement sensitivity and VPL. This study tested the hypothesis that when monetary incentive was involved, the personality traits of harm avoidance and reward dependence (HA and RD, two measures of reinforcement sensitivity) would be linked to VPL performance. We trained two groups of subjects with a visual motion direction discrimination task for six days. The experimental group received monetary incentive feedback, whereas the control group received non-monetary feedback. As expected, the score of HA was negatively correlated with VPL for the experimental group, but not for the control group. RD was not a significant predictor. These results were discussed in terms of the role of non-perceptual factors such as reinforcement, personality, higher cognition, and motivation in VPL.