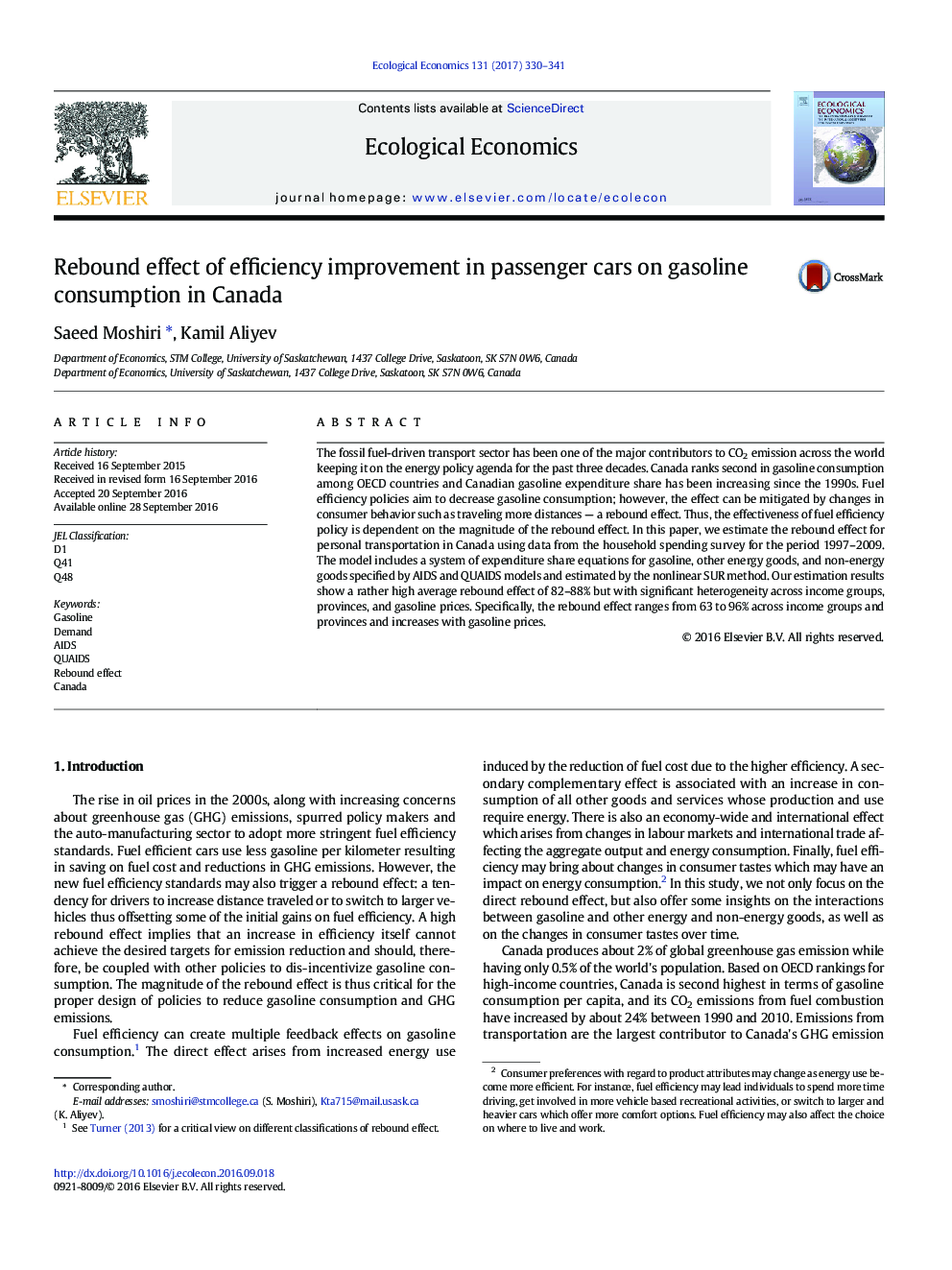 The fossil fuel-driven transport sector has been one of the major contributors to CO2 emission across the world keeping it on the energy policy agenda for the past three decades. Canada ranks second in gasoline consumption among OECD countries and Canadian gasoline expenditure share has been increasing since the 1990s. Fuel efficiency policies aim to decrease gasoline consumption; however, the effect can be mitigated by changes in consumer behavior such as traveling more distances - a rebound effect. Thus, the effectiveness of fuel efficiency policy is dependent on the magnitude of the rebound effect. In this paper, we estimate the rebound effect for personal transportation in Canada using data from the household spending survey for the period 1997-2009. The model includes a system of expenditure share equations for gasoline, other energy goods, and non-energy goods specified by AIDS and QUAIDS models and estimated by the nonlinear SUR method. Our estimation results show a rather high average rebound effect of 82-88% but with significant heterogeneity across income groups, provinces, and gasoline prices. Specifically, the rebound effect ranges from 63 to 96% across income groups and provinces and increases with gasoline prices.