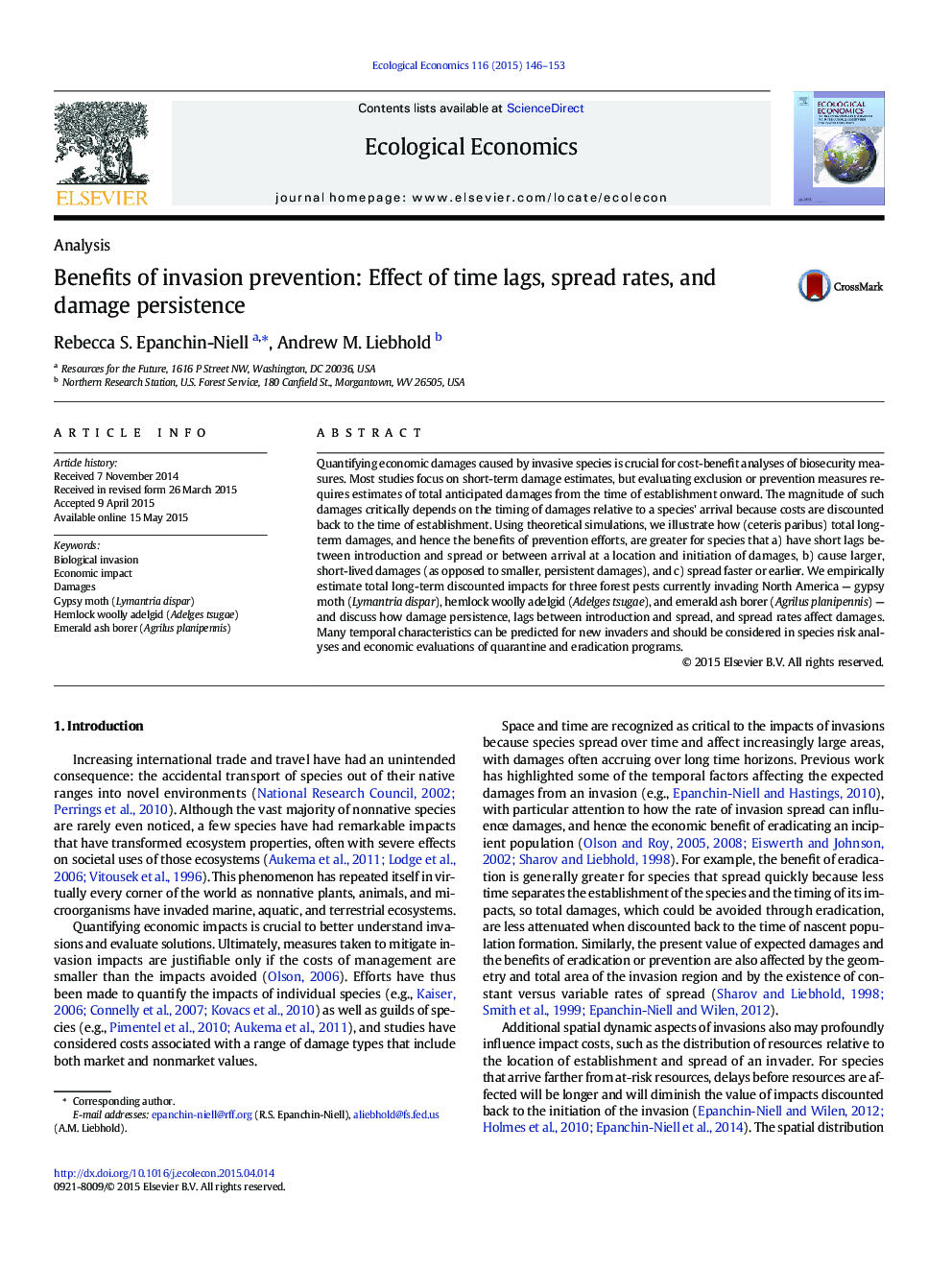 Quantifying economic damages caused by invasive species is crucial for cost-benefit analyses of biosecurity measures. Most studies focus on short-term damage estimates, but evaluating exclusion or prevention measures requires estimates of total anticipated damages from the time of establishment onward. The magnitude of such damages critically depends on the timing of damages relative to a species' arrival because costs are discounted back to the time of establishment. Using theoretical simulations, we illustrate how (ceteris paribus) total long-term damages, and hence the benefits of prevention efforts, are greater for species that a) have short lags between introduction and spread or between arrival at a location and initiation of damages, b) cause larger, short-lived damages (as opposed to smaller, persistent damages), and c) spread faster or earlier. We empirically estimate total long-term discounted impacts for three forest pests currently invading North America - gypsy moth (Lymantria dispar), hemlock woolly adelgid (Adelges tsugae), and emerald ash borer (Agrilus planipennis) - and discuss how damage persistence, lags between introduction and spread, and spread rates affect damages. Many temporal characteristics can be predicted for new invaders and should be considered in species risk analyses and economic evaluations of quarantine and eradication programs.