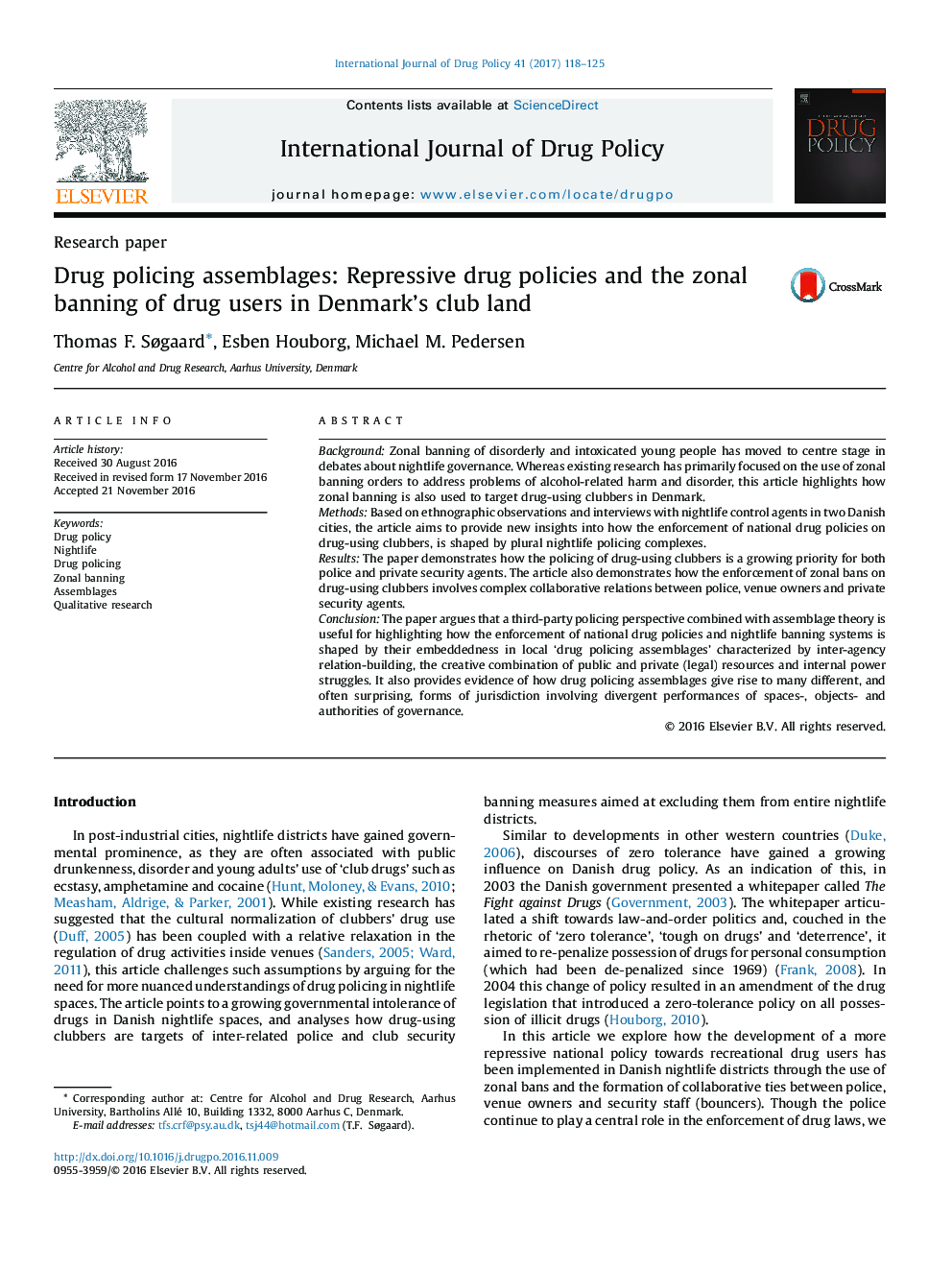 BackgroundZonal banning of disorderly and intoxicated young people has moved to centre stage in debates about nightlife governance. Whereas existing research has primarily focused on the use of zonal banning orders to address problems of alcohol-related harm and disorder, this article highlights how zonal banning is also used to target drug-using clubbers in Denmark.MethodsBased on ethnographic observations and interviews with nightlife control agents in two Danish cities, the article aims to provide new insights into how the enforcement of national drug policies on drug-using clubbers, is shaped by plural nightlife policing complexes.ResultsThe paper demonstrates how the policing of drug-using clubbers is a growing priority for both police and private security agents. The article also demonstrates how the enforcement of zonal bans on drug-using clubbers involves complex collaborative relations between police, venue owners and private security agents.ConclusionThe paper argues that a third-party policing perspective combined with assemblage theory is useful for highlighting how the enforcement of national drug policies and nightlife banning systems is shaped by their embeddedness in local 'drug policing assemblages' characterized by inter-agency relation-building, the creative combination of public and private (legal) resources and internal power struggles. It also provides evidence of how drug policing assemblages give rise to many different, and often surprising, forms of jurisdiction involving divergent performances of spaces-, objects- and authorities of governance.