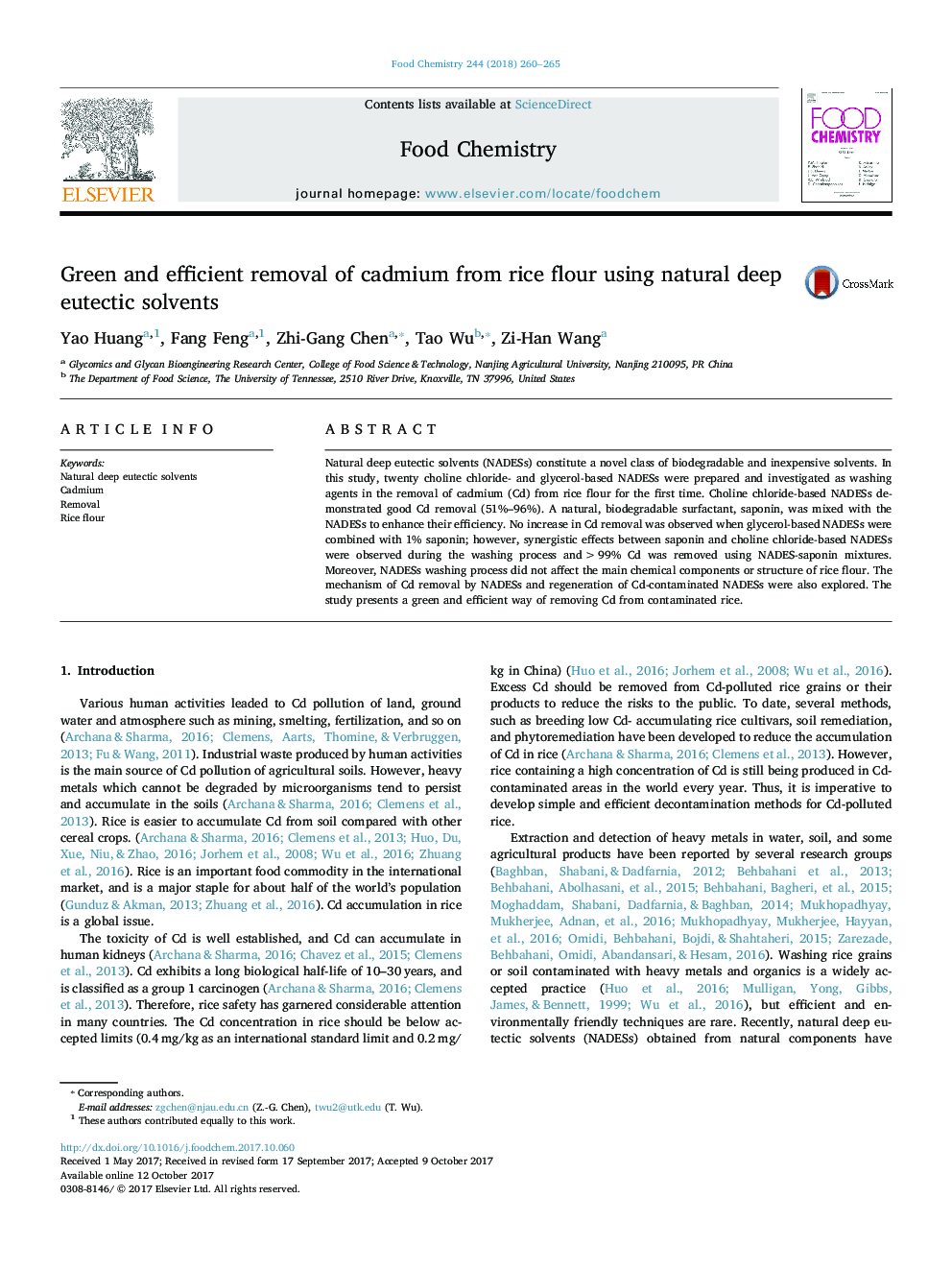 - NADESs are used for the first time for cadmium (Cd) removal from rice flour.
- Synergistic effect of NADESs and 1% saponin solution was observed on Cd removal.
- >99% Cd was removed using NADES ChSor â1% saponin aqueous mixtures.
- Adsorption is one of the mechanisms of Cd removal by NADES in presence of saponin.

Natural deep eutectic solvents (NADESs) constitute a novel class of biodegradable and inexpensive solvents. In this study, twenty choline chloride- and glycerol-based NADESs were prepared and investigated as washing agents in the removal of cadmium (Cd) from rice flour for the first time. Choline chloride-based NADESs demonstrated good Cd removal (51%-96%). A natural, biodegradable surfactant, saponin, was mixed with the NADESs to enhance their efficiency. No increase in Cd removal was observed when glycerol-based NADESs were combined with 1% saponin; however, synergistic effects between saponin and choline chloride-based NADESs were observed during the washing process and >99% Cd was removed using NADES-saponin mixtures. Moreover, NADESs washing process did not affect the main chemical components or structure of rice flour. The mechanism of Cd removal by NADESs and regeneration of Cd-contaminated NADESs were also explored. The study presents a green and efficient way of removing Cd from contaminated rice.