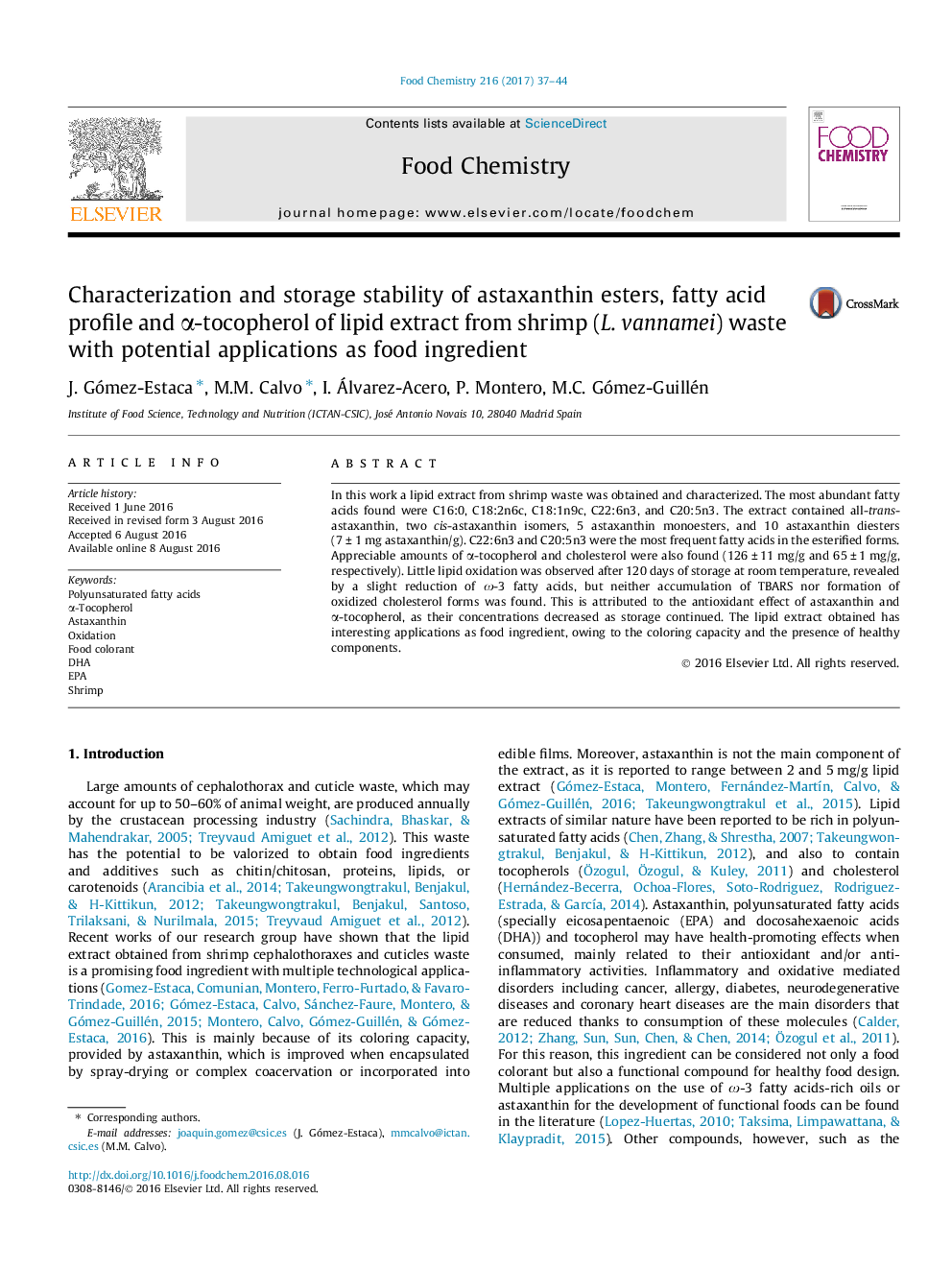 In this work a lipid extract from shrimp waste was obtained and characterized. The most abundant fatty acids found were C16:0, C18:2n6c, C18:1n9c, C22:6n3, and C20:5n3. The extract contained all-trans-astaxanthin, two cis-astaxanthin isomers, 5 astaxanthin monoesters, and 10 astaxanthin diesters (7 ± 1 mg astaxanthin/g). C22:6n3 and C20:5n3 were the most frequent fatty acids in the esterified forms. Appreciable amounts of α-tocopherol and cholesterol were also found (126 ± 11 mg/g and 65 ± 1 mg/g, respectively). Little lipid oxidation was observed after 120 days of storage at room temperature, revealed by a slight reduction of ω-3 fatty acids, but neither accumulation of TBARS nor formation of oxidized cholesterol forms was found. This is attributed to the antioxidant effect of astaxanthin and α-tocopherol, as their concentrations decreased as storage continued. The lipid extract obtained has interesting applications as food ingredient, owing to the coloring capacity and the presence of healthy components.