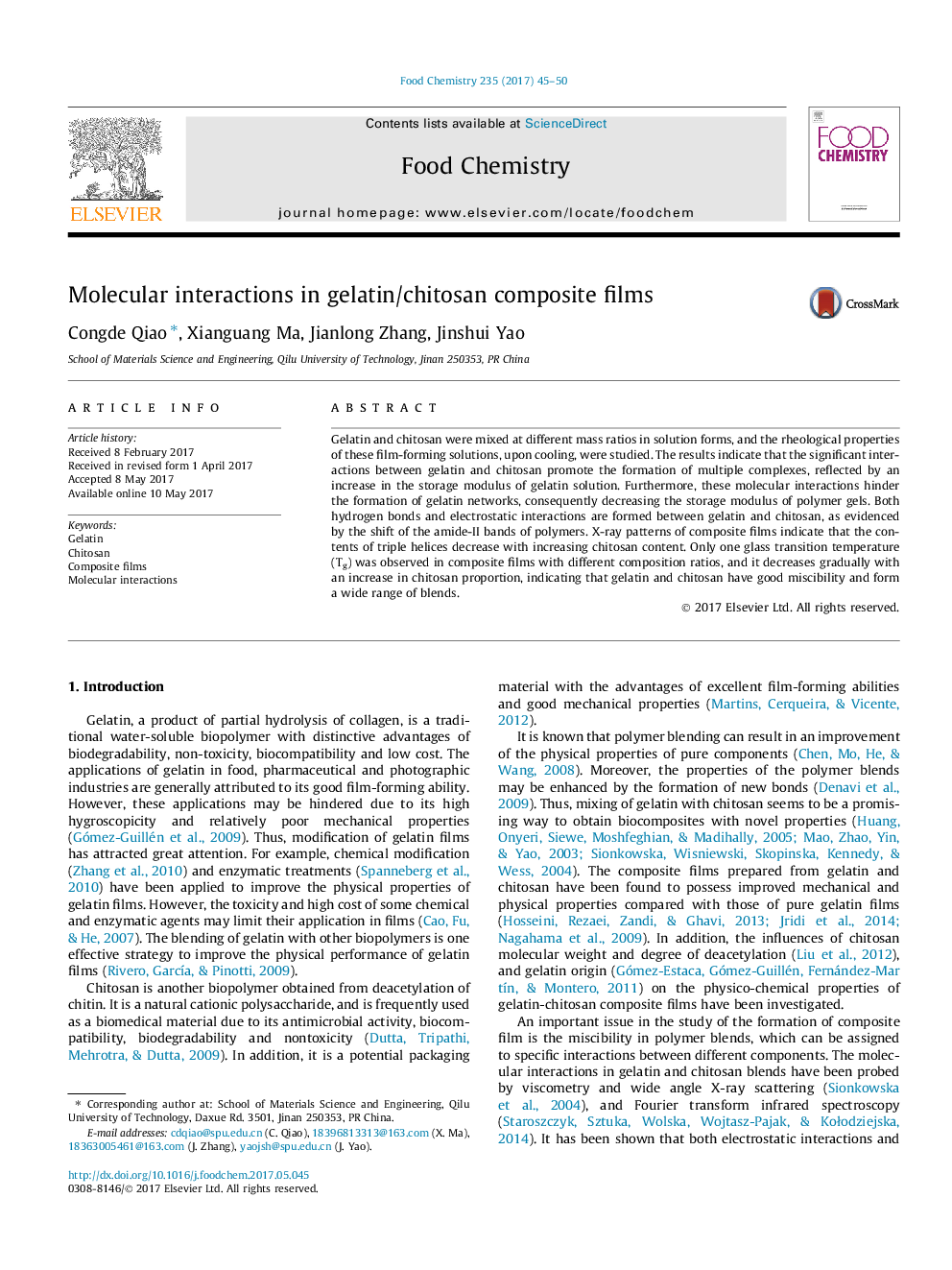 Gelatin and chitosan were mixed at different mass ratios in solution forms, and the rheological properties of these film-forming solutions, upon cooling, were studied. The results indicate that the significant interactions between gelatin and chitosan promote the formation of multiple complexes, reflected by an increase in the storage modulus of gelatin solution. Furthermore, these molecular interactions hinder the formation of gelatin networks, consequently decreasing the storage modulus of polymer gels. Both hydrogen bonds and electrostatic interactions are formed between gelatin and chitosan, as evidenced by the shift of the amide-II bands of polymers. X-ray patterns of composite films indicate that the contents of triple helices decrease with increasing chitosan content. Only one glass transition temperature (Tg) was observed in composite films with different composition ratios, and it decreases gradually with an increase in chitosan proportion, indicating that gelatin and chitosan have good miscibility and form a wide range of blends.