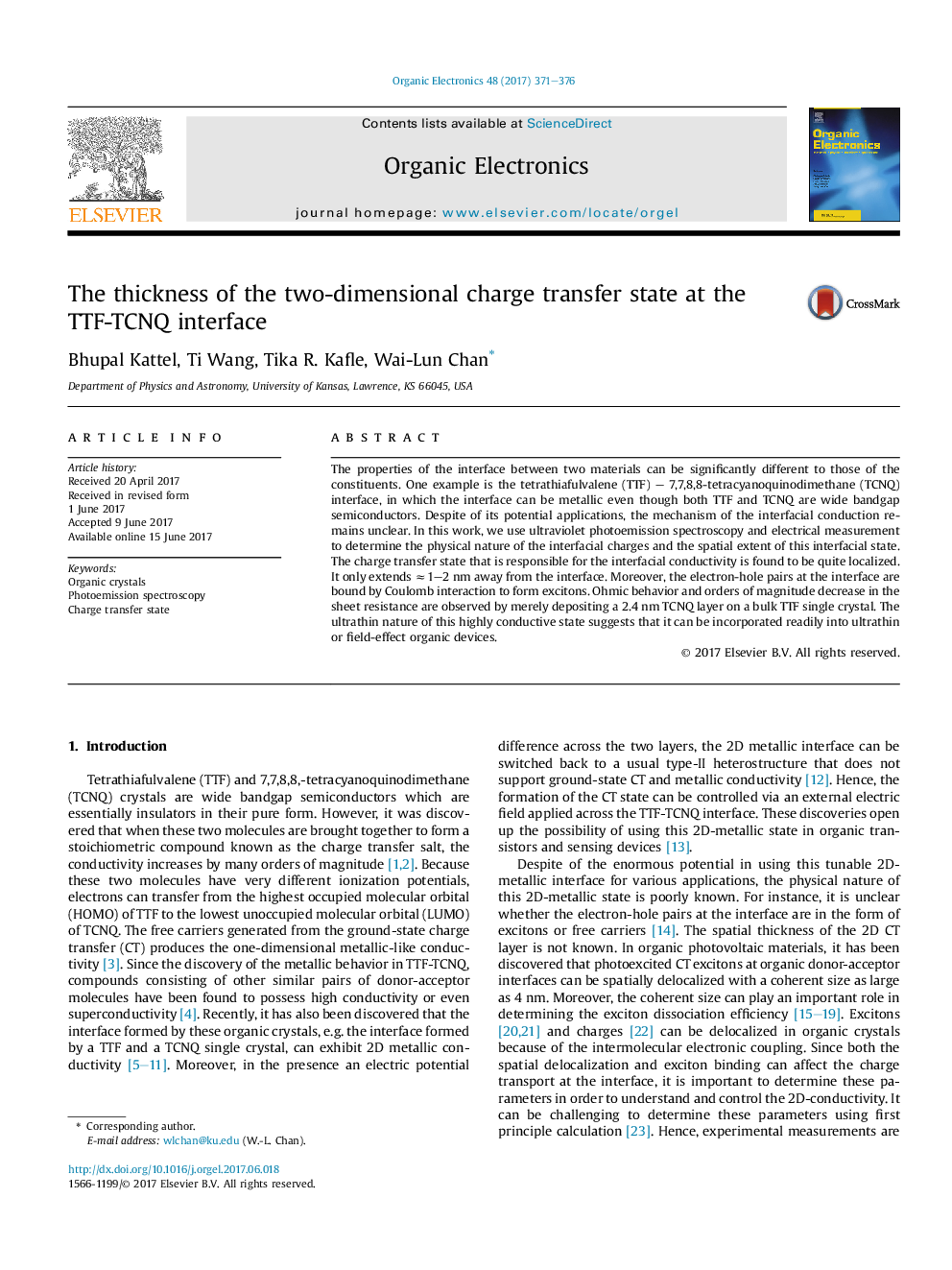 - The CT state at the TTF-TCNQ interface is studied by photoemission spectroscopy.
- Electron-hole pairs form excitons at the interface.
- An ultrathin (2.4Â nm) layer of TCNQ on single crystal TTF shows high conductivity.

The properties of the interface between two materials can be significantly different to those of the constituents. One example is the tetrathiafulvalene (TTF) - 7,7,8,8-tetracyanoquinodimethane (TCNQ) interface, in which the interface can be metallic even though both TTF and TCNQ are wide bandgap semiconductors. Despite of its potential applications, the mechanism of the interfacial conduction remains unclear. In this work, we use ultraviolet photoemission spectroscopy and electrical measurement to determine the physical nature of the interfacial charges and the spatial extent of this interfacial state. The charge transfer state that is responsible for the interfacial conductivity is found to be quite localized. It only extends â1-2Â nm away from the interface. Moreover, the electron-hole pairs at the interface are bound by Coulomb interaction to form excitons. Ohmic behavior and orders of magnitude decrease in the sheet resistance are observed by merely depositing a 2.4Â nm TCNQ layer on a bulk TTF single crystal. The ultrathin nature of this highly conductive state suggests that it can be incorporated readily into ultrathin or field-effect organic devices.