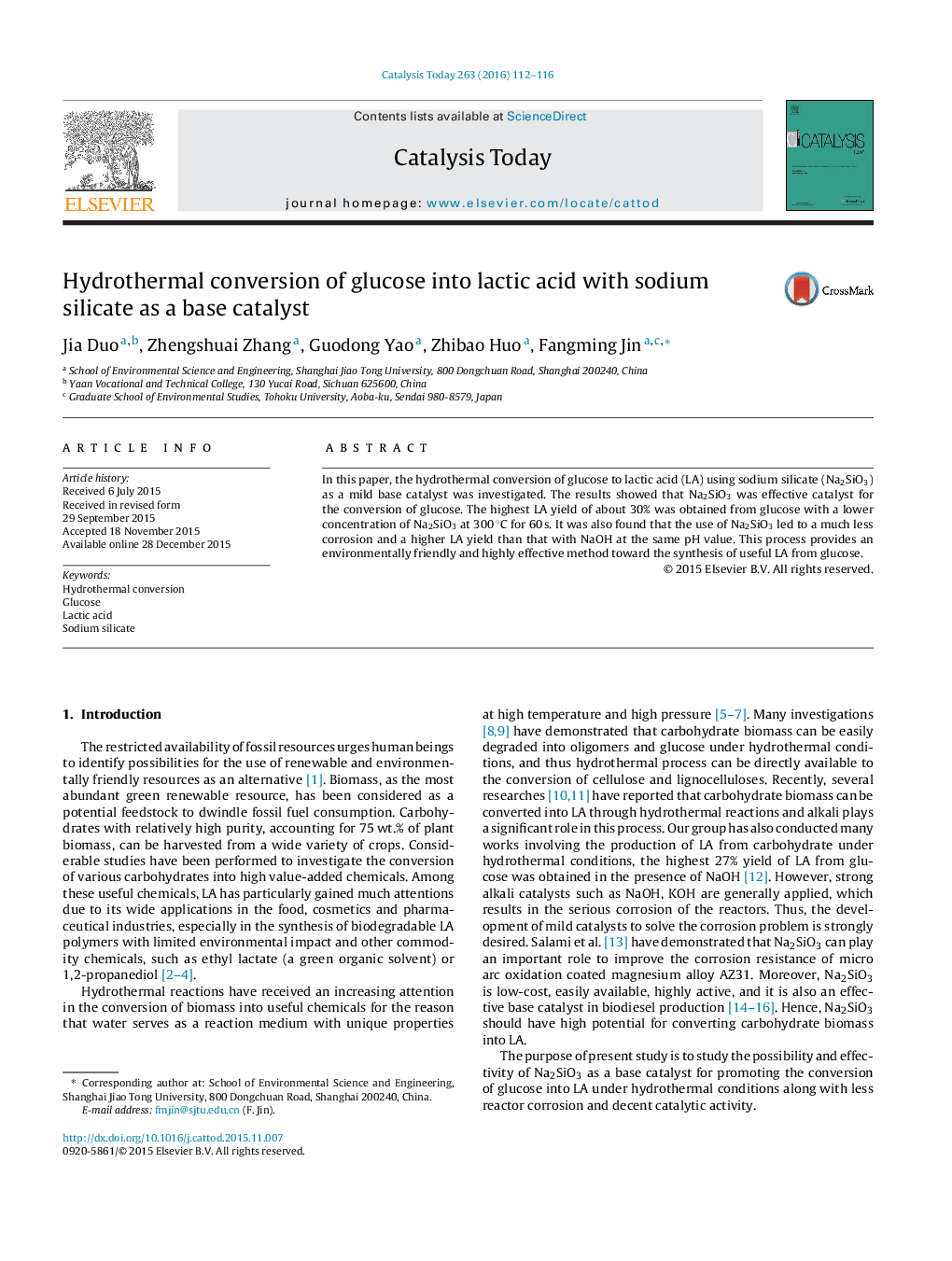 In this paper, the hydrothermal conversion of glucose to lactic acid (LA) using sodium silicate (Na2SiO3) as a mild base catalyst was investigated. The results showed that Na2SiO3 was effective catalyst for the conversion of glucose. The highest LA yield of about 30% was obtained from glucose with a lower concentration of Na2SiO3 at 300 °C for 60 s. It was also found that the use of Na2SiO3 led to a much less corrosion and a higher LA yield than that with NaOH at the same pH value. This process provides an environmentally friendly and highly effective method toward the synthesis of useful LA from glucose.