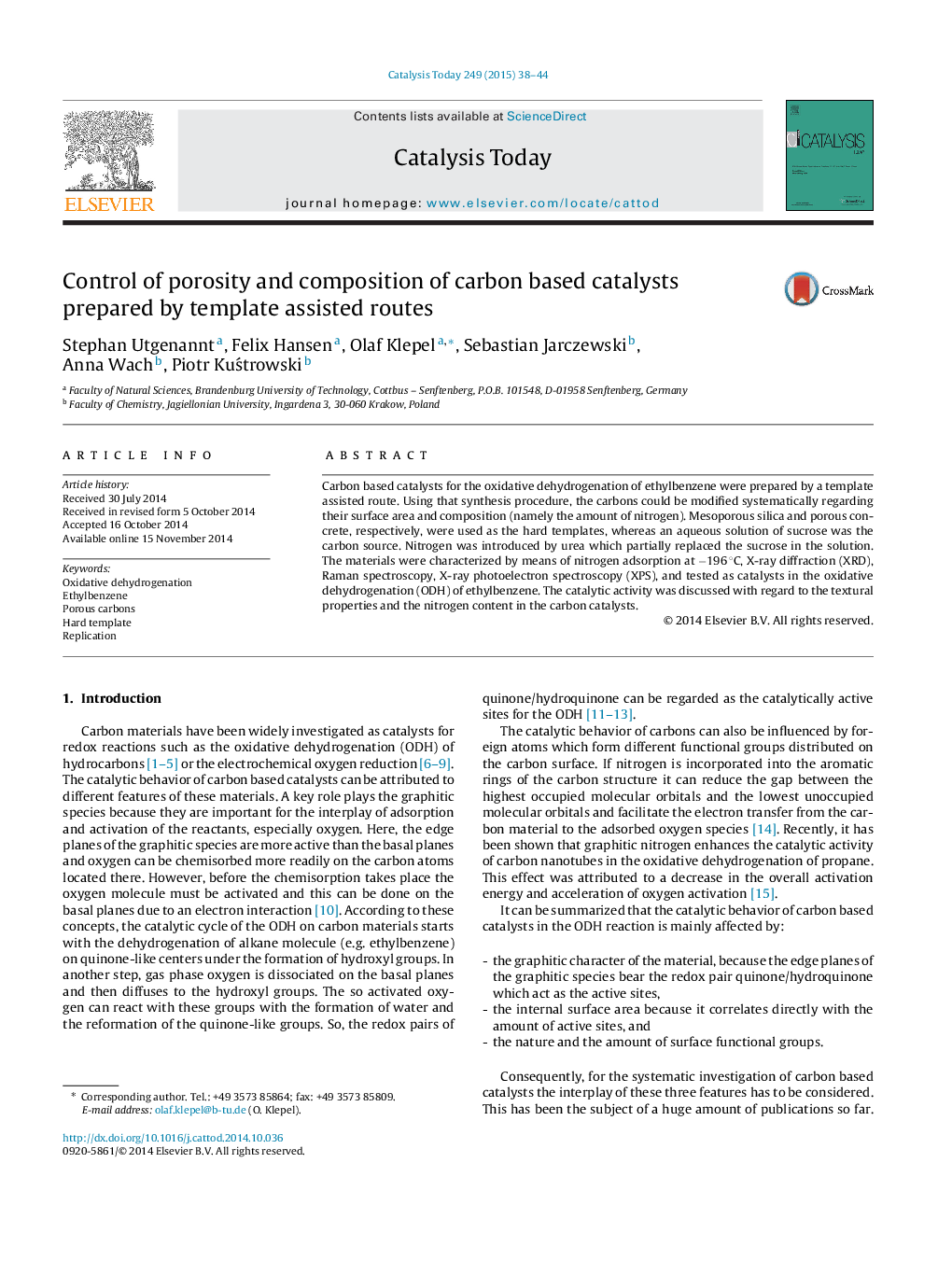 Carbon based catalysts for the oxidative dehydrogenation of ethylbenzene were prepared by a template assisted route. Using that synthesis procedure, the carbons could be modified systematically regarding their surface area and composition (namely the amount of nitrogen). Mesoporous silica and porous concrete, respectively, were used as the hard templates, whereas an aqueous solution of sucrose was the carbon source. Nitrogen was introduced by urea which partially replaced the sucrose in the solution. The materials were characterized by means of nitrogen adsorption at −196 °C, X-ray diffraction (XRD), Raman spectroscopy, X-ray photoelectron spectroscopy (XPS), and tested as catalysts in the oxidative dehydrogenation (ODH) of ethylbenzene. The catalytic activity was discussed with regard to the textural properties and the nitrogen content in the carbon catalysts.