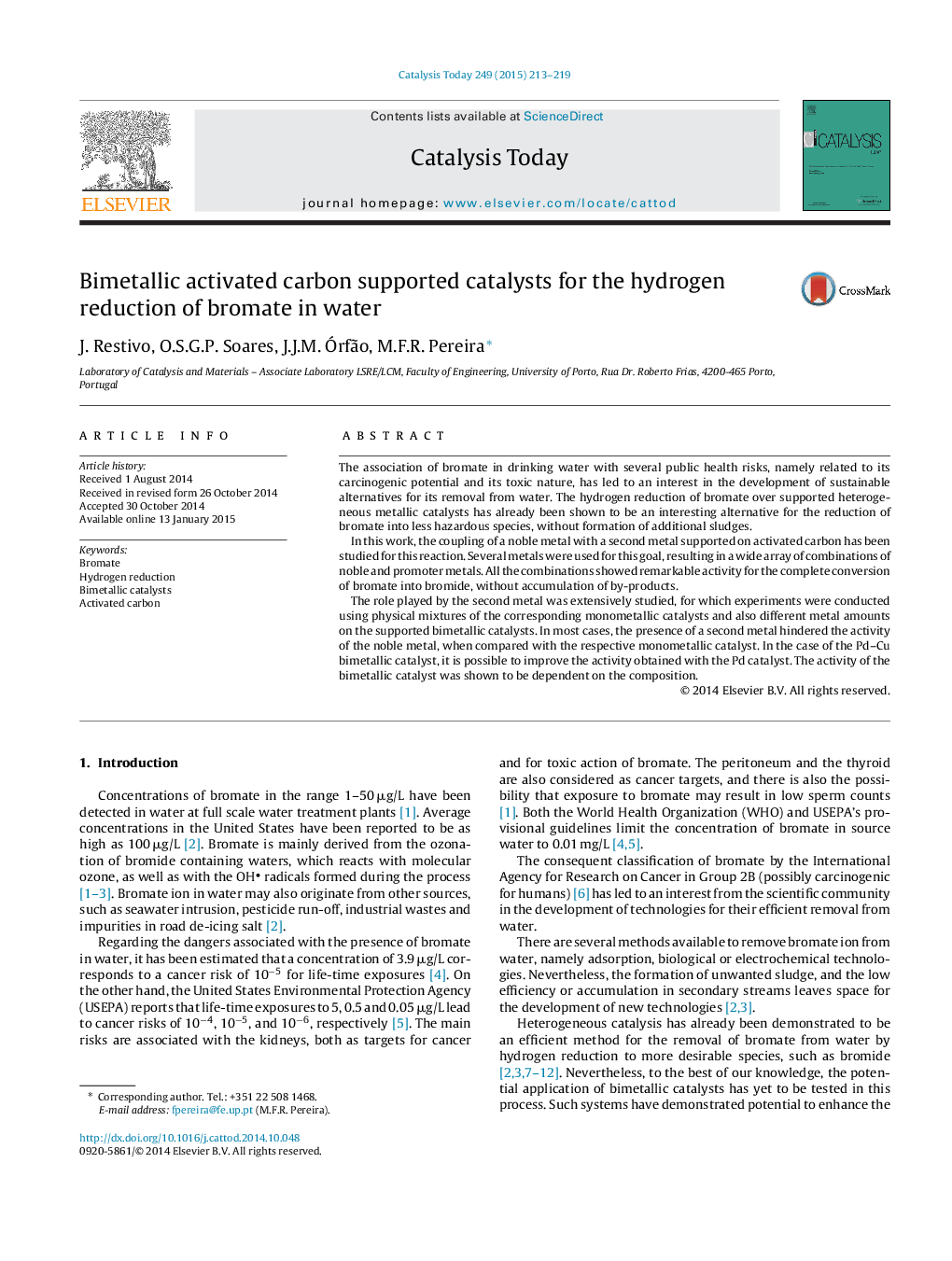 • Bromate was reduced over bimetallic catalysts supported on activated carbon.
• Several noble metal–second metal combinations were assessed.
• Pd–Cu may attain higher performances than the corresponding noble metal catalyst.
• Pd–Cu/AC catalysts are more efficient than Pd/AC for Cu fractions between 0.5 and 0.8.

The association of bromate in drinking water with several public health risks, namely related to its carcinogenic potential and its toxic nature, has led to an interest in the development of sustainable alternatives for its removal from water. The hydrogen reduction of bromate over supported heterogeneous metallic catalysts has already been shown to be an interesting alternative for the reduction of bromate into less hazardous species, without formation of additional sludges.In this work, the coupling of a noble metal with a second metal supported on activated carbon has been studied for this reaction. Several metals were used for this goal, resulting in a wide array of combinations of noble and promoter metals. All the combinations showed remarkable activity for the complete conversion of bromate into bromide, without accumulation of by-products.The role played by the second metal was extensively studied, for which experiments were conducted using physical mixtures of the corresponding monometallic catalysts and also different metal amounts on the supported bimetallic catalysts. In most cases, the presence of a second metal hindered the activity of the noble metal, when compared with the respective monometallic catalyst. In the case of the Pd–Cu bimetallic catalyst, it is possible to improve the activity obtained with the Pd catalyst. The activity of the bimetallic catalyst was shown to be dependent on the composition.