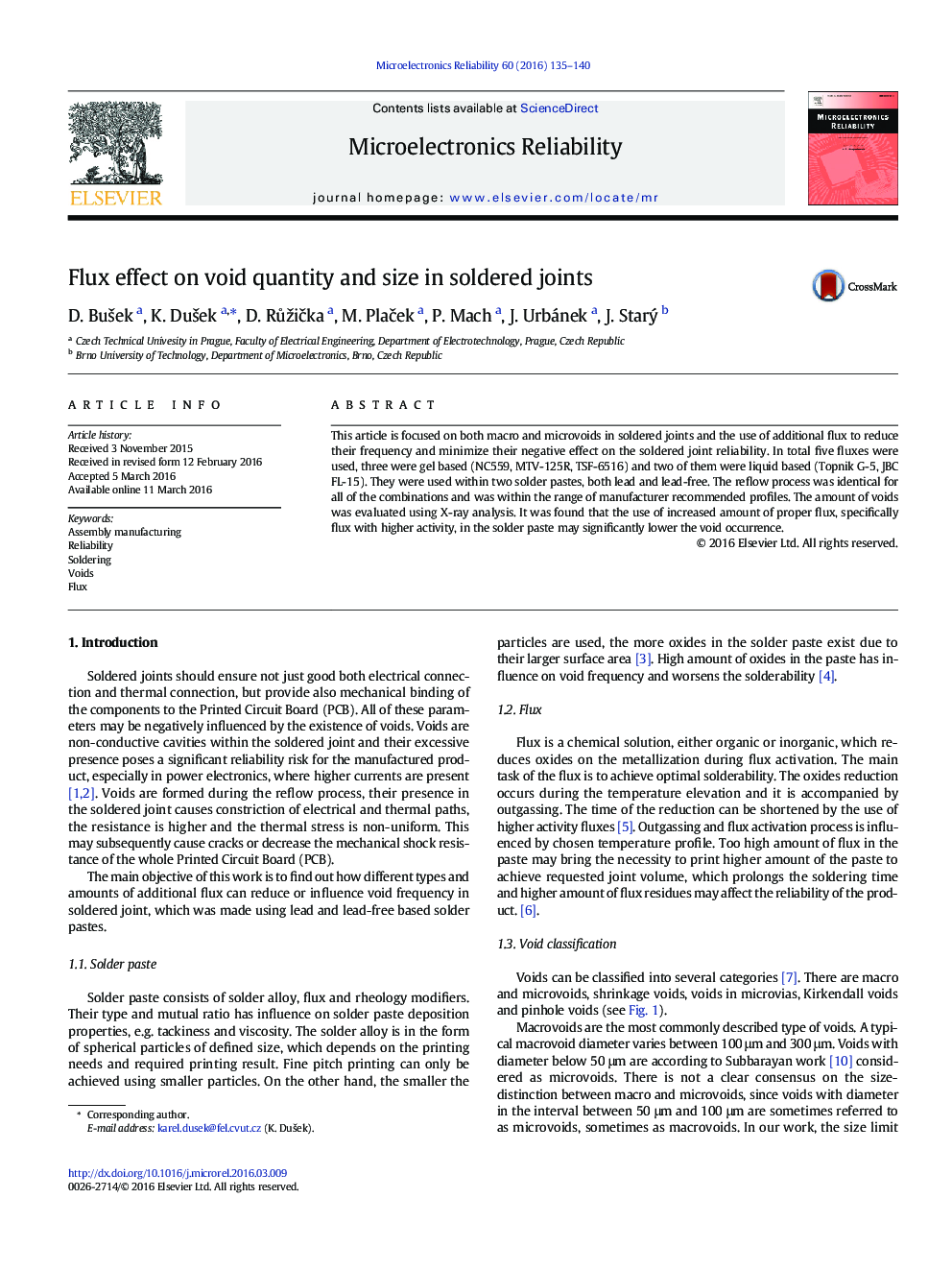 This article is focused on both macro and microvoids in soldered joints and the use of additional flux to reduce their frequency and minimize their negative effect on the soldered joint reliability. In total five fluxes were used, three were gel based (NC559, MTV-125R, TSF-6516) and two of them were liquid based (Topnik G-5, JBC FL-15). They were used within two solder pastes, both lead and lead-free. The reflow process was identical for all of the combinations and was within the range of manufacturer recommended profiles. The amount of voids was evaluated using X-ray analysis. It was found that the use of increased amount of proper flux, specifically flux with higher activity, in the solder paste may significantly lower the void occurrence.