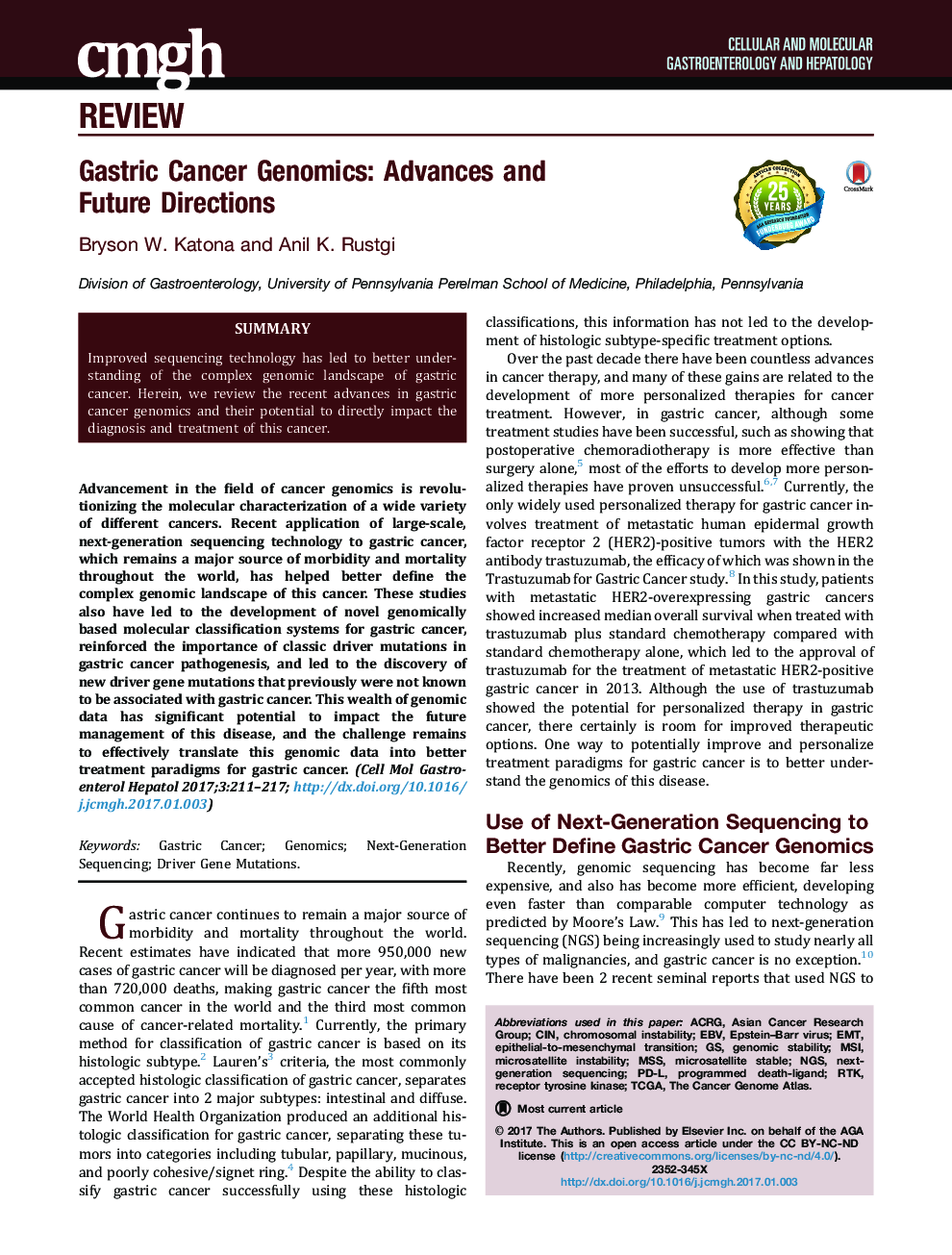 Advancement in the field of cancer genomics is revolutionizing the molecular characterization of a wide variety of different cancers. Recent application of large-scale, next-generation sequencing technology to gastric cancer, which remains a major source of morbidity and mortality throughout the world, has helped better define the complex genomic landscape of this cancer. These studies also have led to the development of novel genomically based molecular classification systems for gastric cancer, reinforced the importance of classic driver mutations in gastric cancer pathogenesis, and led to the discovery of new driver gene mutations that previously were not known to be associated with gastric cancer. This wealth of genomic data has significant potential to impact the future management of this disease, and the challenge remains toÂ effectively translate this genomic data into better treatment paradigms for gastric cancer.