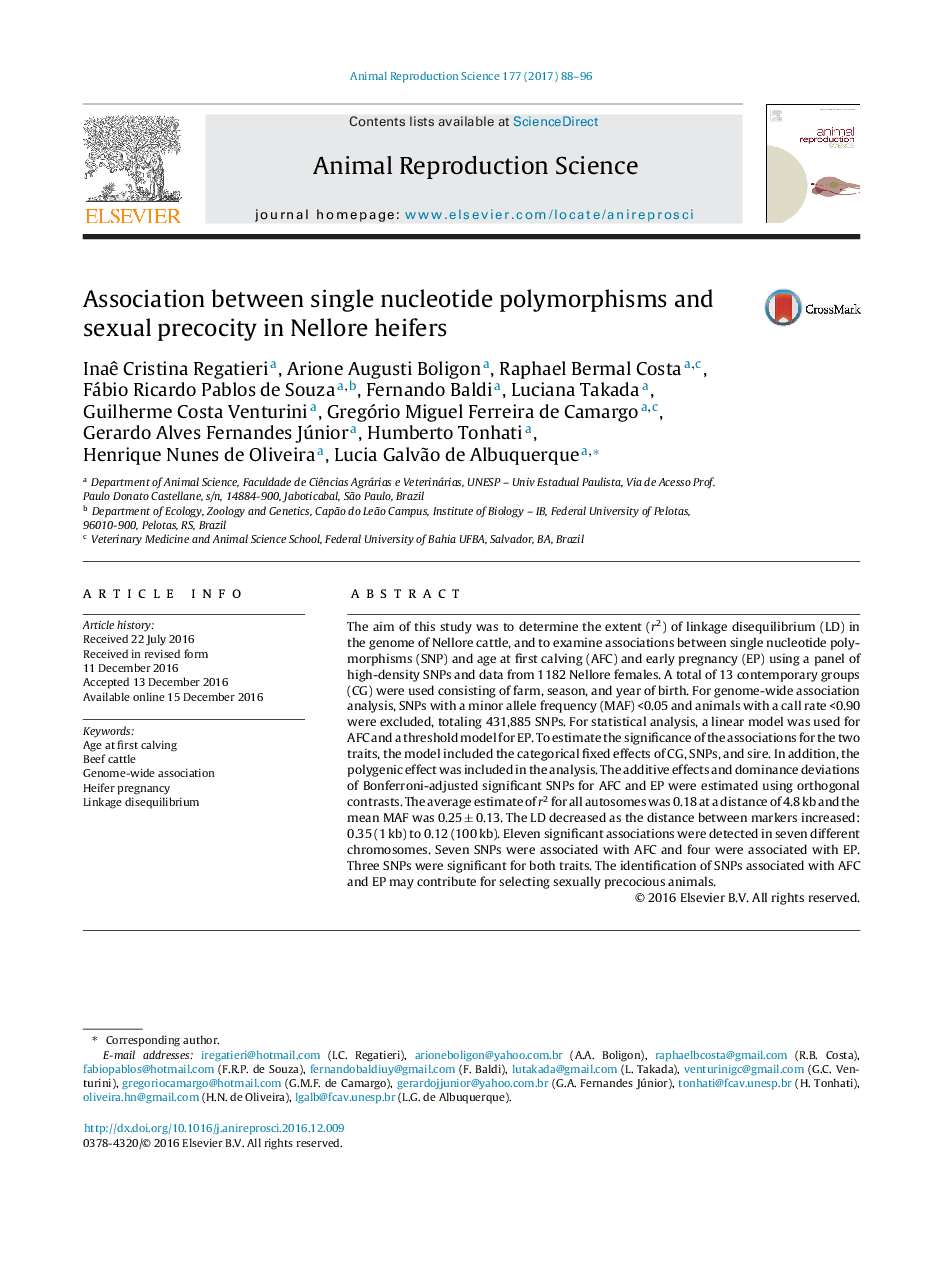 The aim of this study was to determine the extent (r2) of linkage disequilibrium (LD) in the genome of Nellore cattle, and to examine associations between single nucleotide polymorphisms (SNP) and age at first calving (AFC) and early pregnancy (EP) using a panel of high-density SNPs and data from 1182 Nellore females. A total of 13 contemporary groups (CG) were used consisting of farm, season, and year of birth. For genome-wide association analysis, SNPs with a minor allele frequency (MAF)Â <0.05 and animals with a call rateÂ <0.90 were excluded, totaling 431,885 SNPs. For statistical analysis, a linear model was used for AFC and a threshold model for EP. To estimate the significance of the associations for the two traits, the model included the categorical fixed effects of CG, SNPs, and sire. In addition, the polygenic effect was included in the analysis. The additive effects and dominance deviations of Bonferroni-adjusted significant SNPs for AFC and EP were estimated using orthogonal contrasts. The average estimate of r2 for all autosomes was 0.18 at a distance of 4.8Â kb and the mean MAF was 0.25Â Â±Â 0.13. The LD decreased as the distance between markers increased: 0.35 (1Â kb) to 0.12 (100Â kb). Eleven significant associations were detected in seven different chromosomes. Seven SNPs were associated with AFC and four were associated with EP. Three SNPs were significant for both traits. The identification of SNPs associated with AFC and EP may contribute for selecting sexually precocious animals.