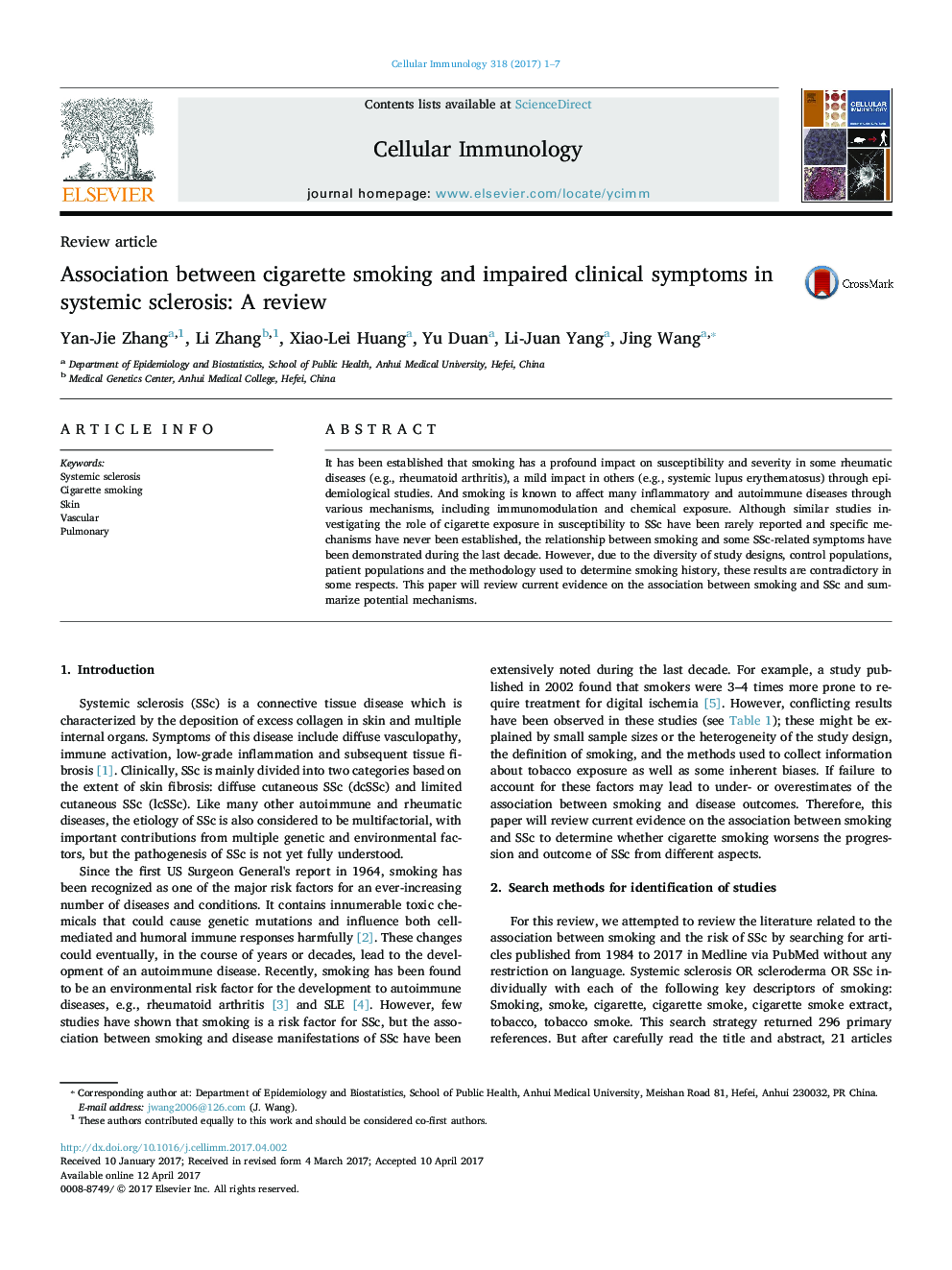 - This is a comprehensive study investigating the effect of smoking on SSc.
- Smoking has a significant negative impact on multiple clinical outcomes in SSc.
- The potential mechanisms by which smoking affects SSc are multiple and complex.

It has been established that smoking has a profound impact on susceptibility and severity in some rheumatic diseases (e.g., rheumatoid arthritis), a mild impact in others (e.g., systemic lupus erythematosus) through epidemiological studies. And smoking is known to affect many inflammatory and autoimmune diseases through various mechanisms, including immunomodulation and chemical exposure. Although similar studies investigating the role of cigarette exposure in susceptibility to SSc have been rarely reported and specific mechanisms have never been established, the relationship between smoking and some SSc-related symptoms have been demonstrated during the last decade. However, due to the diversity of study designs, control populations, patient populations and the methodology used to determine smoking history, these results are contradictory in some respects. This paper will review current evidence on the association between smoking and SSc and summarize potential mechanisms.