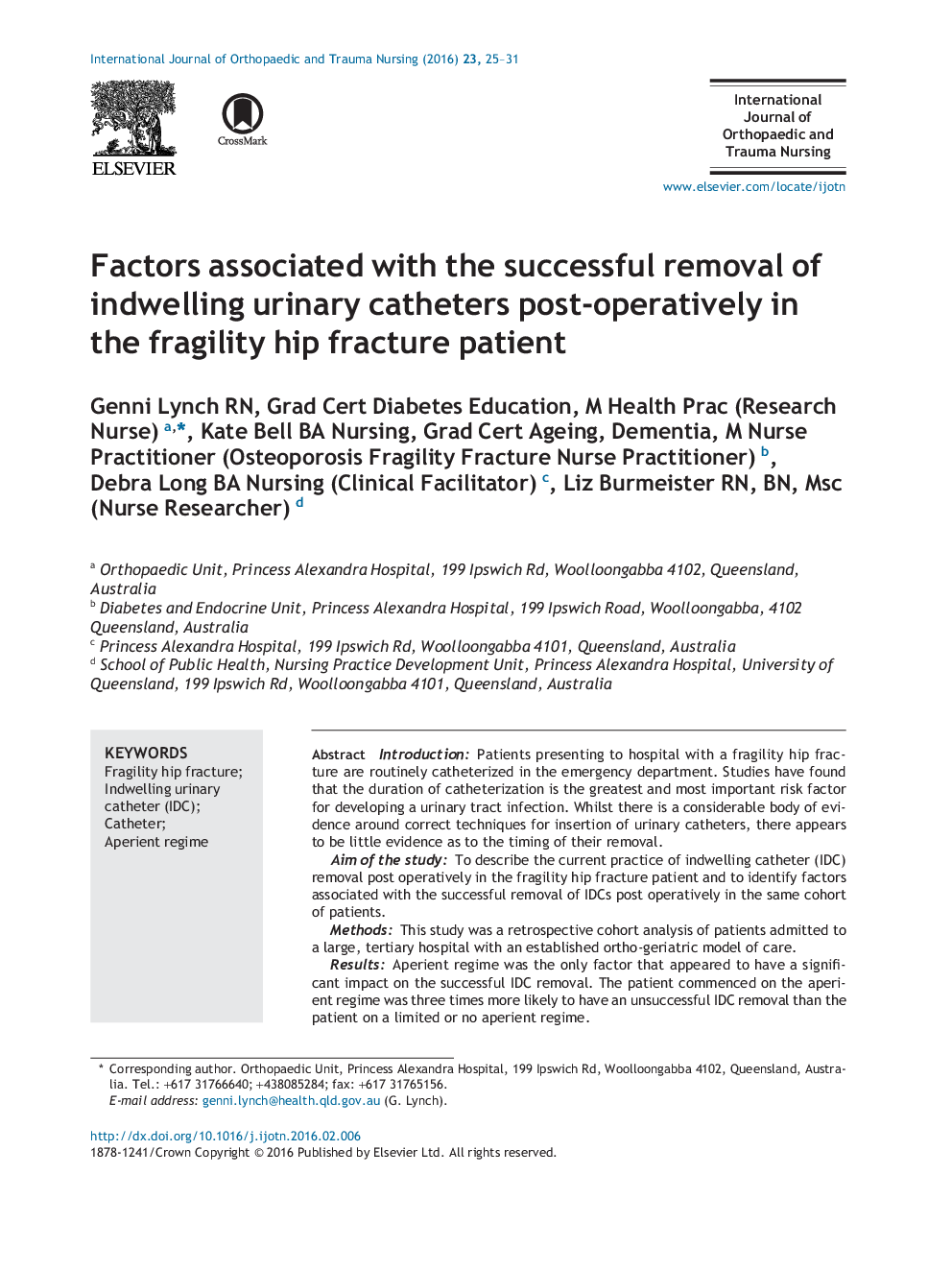 IntroductionPatients presenting to hospital with a fragility hip fracture are routinely catheterized in the emergency department. Studies have found that the duration of catheterization is the greatest and most important risk factor for developing a urinary tract infection. Whilst there is a considerable body of evidence around correct techniques for insertion of urinary catheters, there appears to be little evidence as to the timing of their removal.Aim of the studyTo describe the current practice of indwelling catheter (IDC) removal post operatively in the fragility hip fracture patient and to identify factors associated with the successful removal of IDCs post operatively in the same cohort of patients.MethodsThis study was a retrospective cohort analysis of patients admitted to a large, tertiary hospital with an established ortho-geriatric model of care.ResultsAperient regime was the only factor that appeared to have a significant impact on the successful IDC removal. The patient commenced on the aperient regime was three times more likely to have an unsuccessful IDC removal than the patient on a limited or no aperient regime.ConclusionThis study highlights the need for redesigning care that is patient focused, evidence-based, effective and efficient. The argument that a patient's bowel is required to be emptied prior to the successful removal of an IDC appears to be false, as in this study it was not identified as a predictor of successful IDC removal. A prospective clinical trial may be the next step forward in developing a clinical guideline for the successful removal of IDCs in the fragility hip fracture patient and/or surgical patient. Nurses have a crucial role to play in contributing to evidence-based practice and are continually challenged to do so.