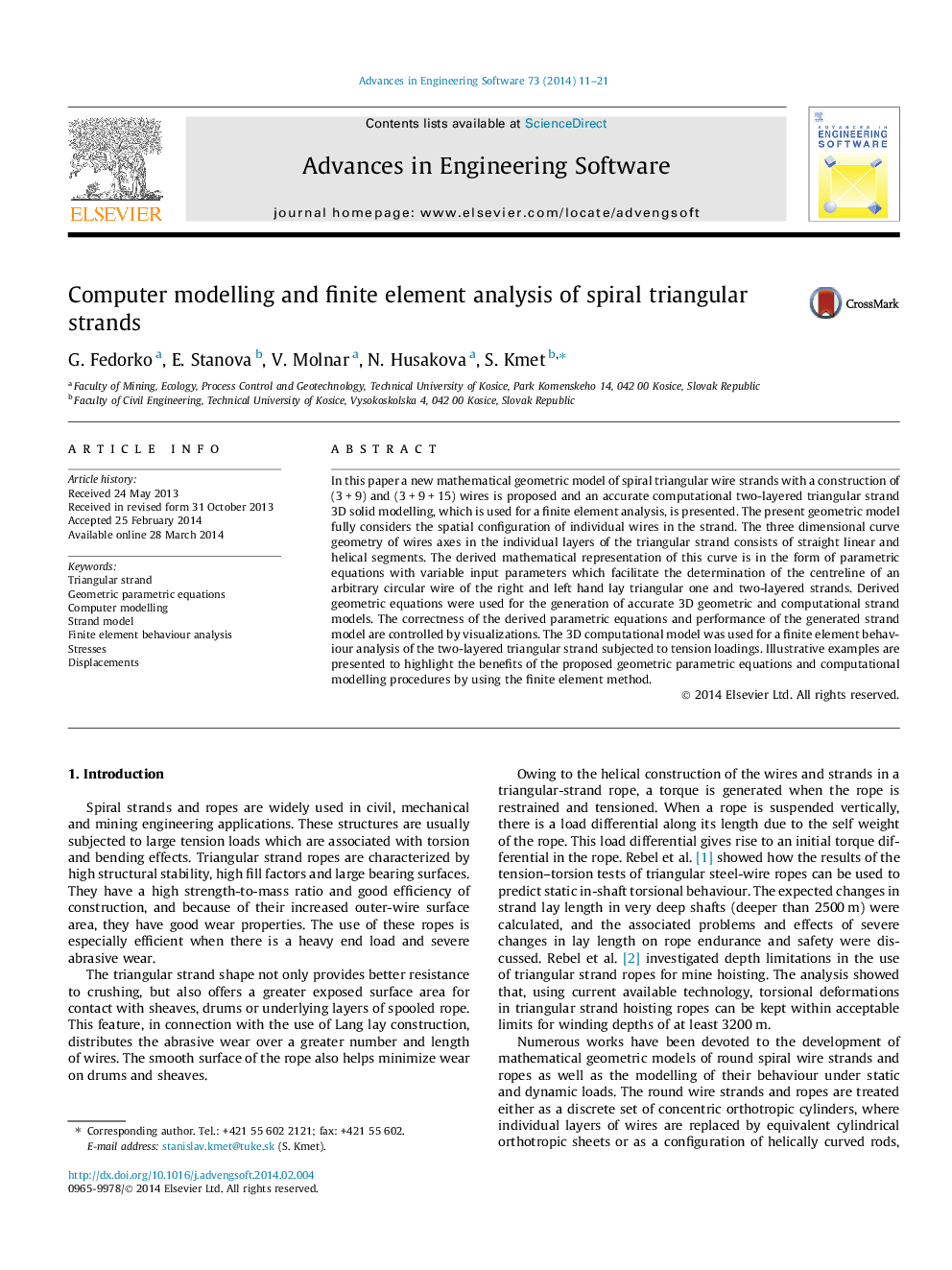 • A new mathematical geometric model of spiral triangular wire strands is proposed.
• The curve geometry of wire axes consists of the straight linear and helical segments.
• The concrete forms of derived parametric geometric equations are presented.
• These equations are used to generate an accurate 3D geometric and FE strand model.
• Examples are presented to highlight the benefits of the proposed approach.

In this paper a new mathematical geometric model of spiral triangular wire strands with a construction of (3 + 9) and (3 + 9 + 15) wires is proposed and an accurate computational two-layered triangular strand 3D solid modelling, which is used for a finite element analysis, is presented. The present geometric model fully considers the spatial configuration of individual wires in the strand. The three dimensional curve geometry of wires axes in the individual layers of the triangular strand consists of straight linear and helical segments. The derived mathematical representation of this curve is in the form of parametric equations with variable input parameters which facilitate the determination of the centreline of an arbitrary circular wire of the right and left hand lay triangular one and two-layered strands. Derived geometric equations were used for the generation of accurate 3D geometric and computational strand models. The correctness of the derived parametric equations and performance of the generated strand model are controlled by visualizations. The 3D computational model was used for a finite element behaviour analysis of the two-layered triangular strand subjected to tension loadings. Illustrative examples are presented to highlight the benefits of the proposed geometric parametric equations and computational modelling procedures by using the finite element method.