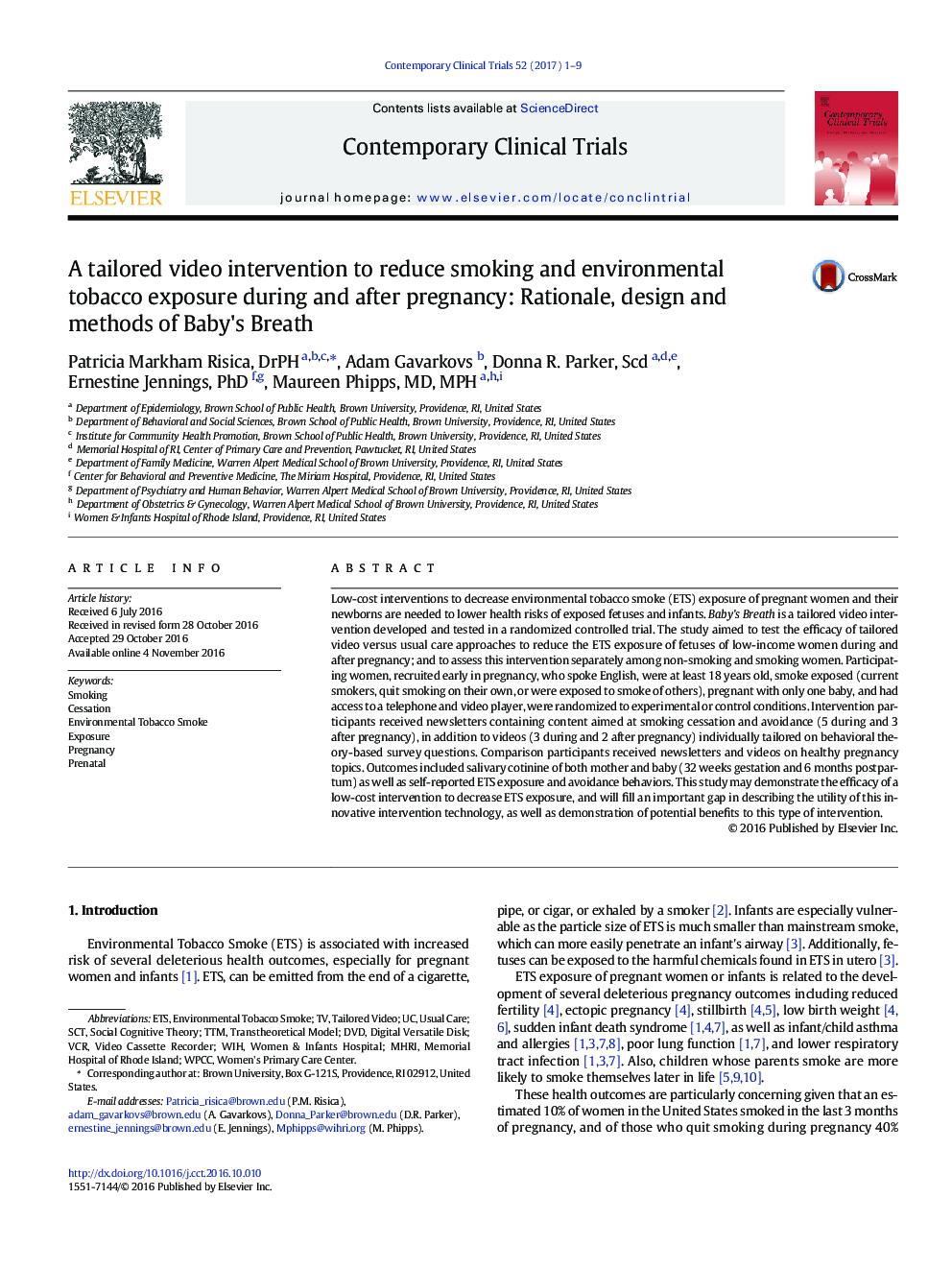 Low-cost interventions to decrease environmental tobacco smoke (ETS) exposure of pregnant women and their newborns are needed to lower health risks of exposed fetuses and infants. Baby's Breath is a tailored video intervention developed and tested in a randomized controlled trial. The study aimed to test the efficacy of tailored video versus usual care approaches to reduce the ETS exposure of fetuses of low-income women during and after pregnancy; and to assess this intervention separately among non-smoking and smoking women. Participating women, recruited early in pregnancy, who spoke English, were at least 18Â years old, smoke exposed (current smokers, quit smoking on their own, or were exposed to smoke of others), pregnant with only one baby, and had access to a telephone and video player, were randomized to experimental or control conditions. Intervention participants received newsletters containing content aimed at smoking cessation and avoidance (5 during and 3 after pregnancy), in addition to videos (3 during and 2 after pregnancy) individually tailored on behavioral theory-based survey questions. Comparison participants received newsletters and videos on healthy pregnancy topics. Outcomes included salivary cotinine of both mother and baby (32Â weeks gestation and 6Â months postpartum) as well as self-reported ETS exposure and avoidance behaviors. This study may demonstrate the efficacy of a low-cost intervention to decrease ETS exposure, and will fill an important gap in describing the utility of this innovative intervention technology, as well as demonstration of potential benefits to this type of intervention.