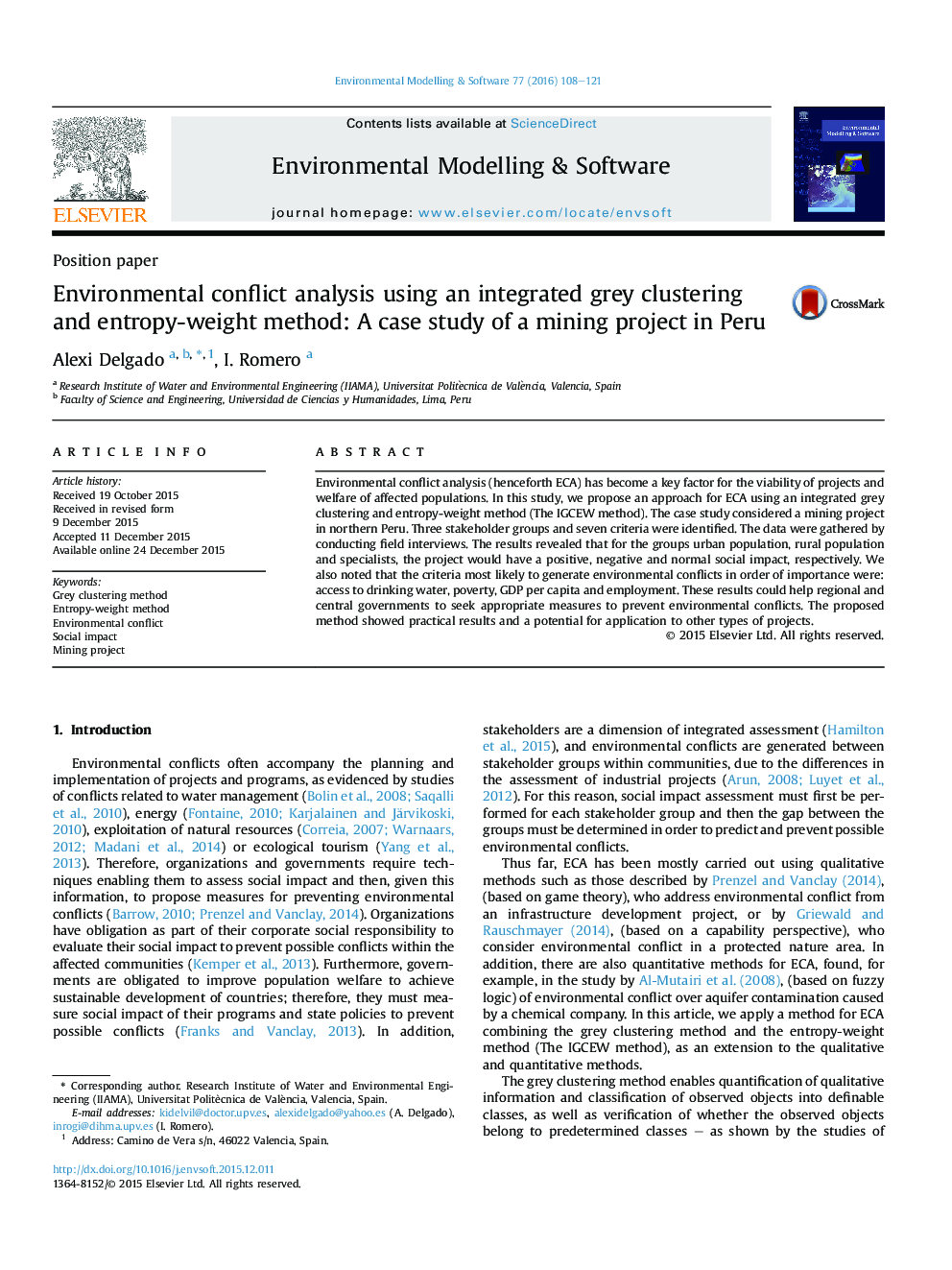 Environmental conflict analysis (henceforth ECA) has become a key factor for the viability of projects and welfare of affected populations. In this study, we propose an approach for ECA using an integrated grey clustering and entropy-weight method (The IGCEW method). The case study considered a mining project in northern Peru. Three stakeholder groups and seven criteria were identified. The data were gathered by conducting field interviews. The results revealed that for the groups urban population, rural population and specialists, the project would have a positive, negative and normal social impact, respectively. We also noted that the criteria most likely to generate environmental conflicts in order of importance were: access to drinking water, poverty, GDP per capita and employment. These results could help regional and central governments to seek appropriate measures to prevent environmental conflicts. The proposed method showed practical results and a potential for application to other types of projects.