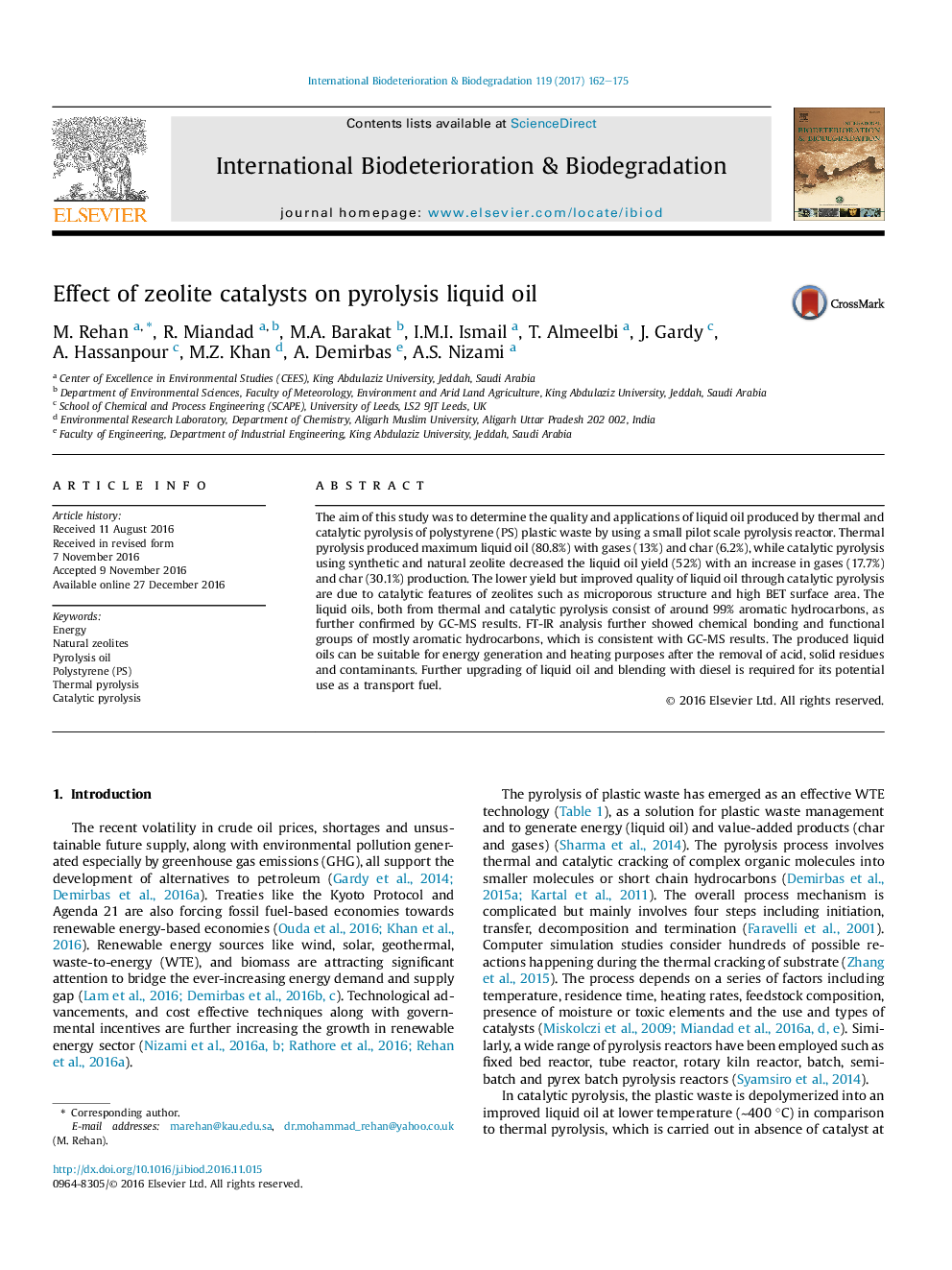 The aim of this study was to determine the quality and applications of liquid oil produced by thermal and catalytic pyrolysis of polystyrene (PS) plastic waste by using a small pilot scale pyrolysis reactor. Thermal pyrolysis produced maximum liquid oil (80.8%) with gases (13%) and char (6.2%), while catalytic pyrolysis using synthetic and natural zeolite decreased the liquid oil yield (52%) with an increase in gases (17.7%) and char (30.1%) production. The lower yield but improved quality of liquid oil through catalytic pyrolysis are due to catalytic features of zeolites such as microporous structure and high BET surface area. The liquid oils, both from thermal and catalytic pyrolysis consist of around 99% aromatic hydrocarbons, as further confirmed by GC-MS results. FT-IR analysis further showed chemical bonding and functional groups of mostly aromatic hydrocarbons, which is consistent with GC-MS results. The produced liquid oils can be suitable for energy generation and heating purposes after the removal of acid, solid residues and contaminants. Further upgrading of liquid oil and blending with diesel is required for its potential use as a transport fuel.