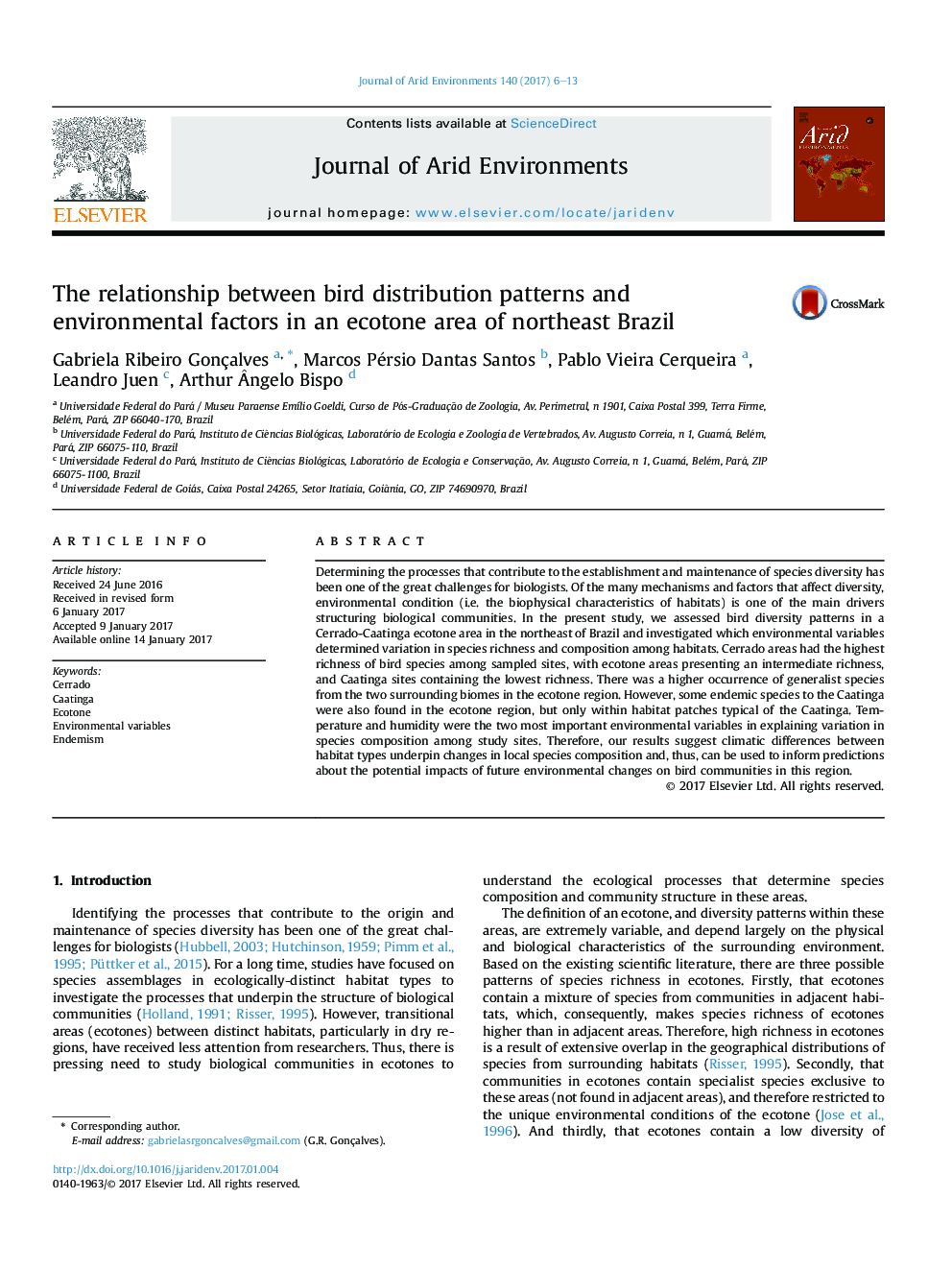 - The pattern of species richness was as following: Cerrado>Â Ecotone>Â Caatinga.
- The composition of ecotone region is mainly of generalist species, no endemism.
- Endemic species were found in ecotone but only within habitat patches typical of the Caatinga.
- Temperature and humidity are important to predict the variation in species composition.

Determining the processes that contribute to the establishment and maintenance of species diversity has been one of the great challenges for biologists. Of the many mechanisms and factors that affect diversity, environmental condition (i.e. the biophysical characteristics of habitats) is one of the main drivers structuring biological communities. In the present study, we assessed bird diversity patterns in a Cerrado-Caatinga ecotone area in the northeast of Brazil and investigated which environmental variables determined variation in species richness and composition among habitats. Cerrado areas had the highest richness of bird species among sampled sites, with ecotone areas presenting an intermediate richness, and Caatinga sites containing the lowest richness. There was a higher occurrence of generalist species from the two surrounding biomes in the ecotone region. However, some endemic species to the Caatinga were also found in the ecotone region, but only within habitat patches typical of the Caatinga. Temperature and humidity were the two most important environmental variables in explaining variation in species composition among study sites. Therefore, our results suggest climatic differences between habitat types underpin changes in local species composition and, thus, can be used to inform predictions about the potential impacts of future environmental changes on bird communities in this region.