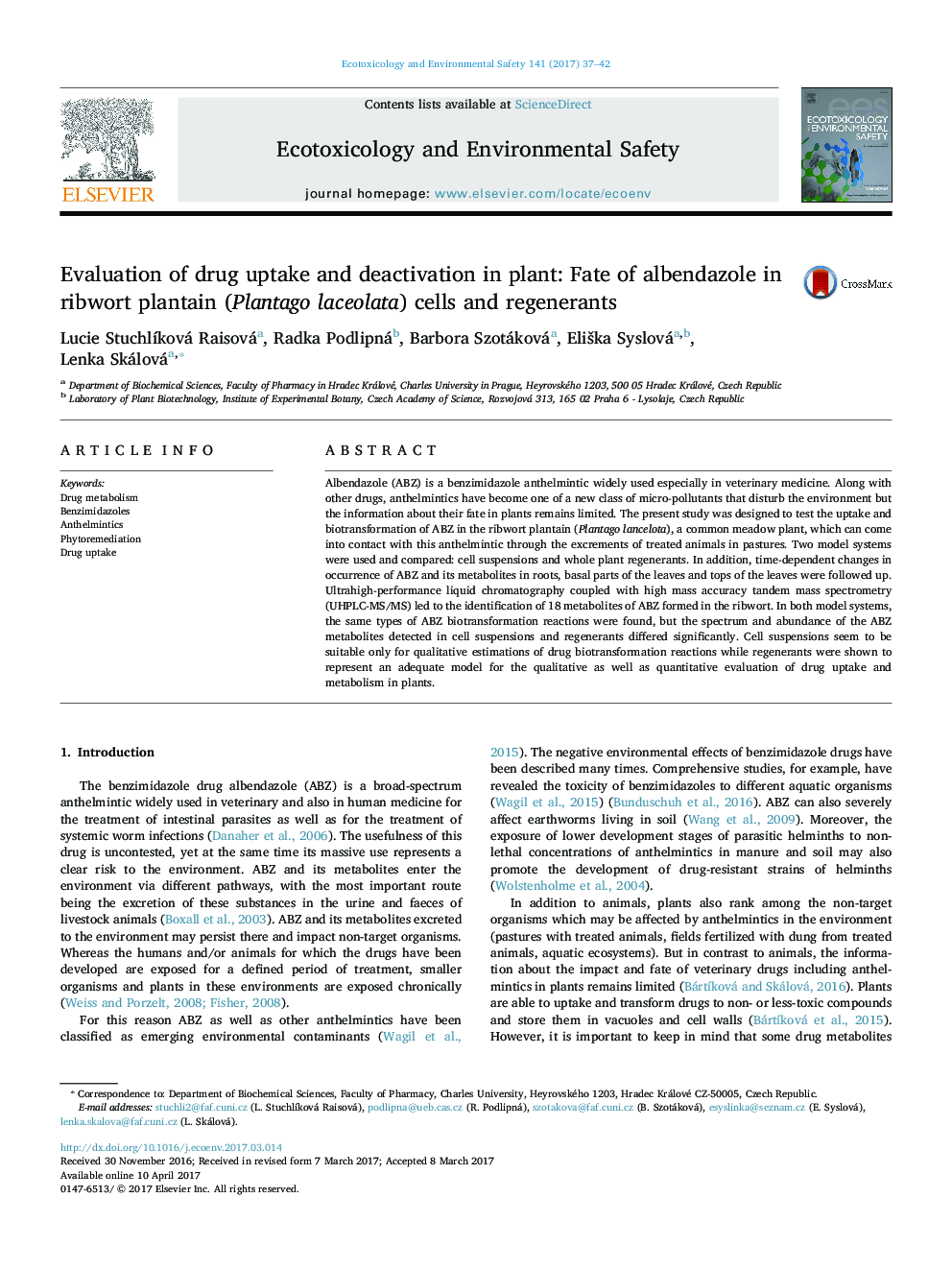 - Ribwort plantain is able to take up and metabolize ABZ.
- Metabolism of ABZ differs in cell suspension and whole plant regenerants.
- ABZ metabolites differ in ribwort roots and leaves.
- Most of ABZ metabolites could be easily transformed back to parent drug.

Albendazole (ABZ) is a benzimidazole anthelmintic widely used especially in veterinary medicine. Along with other drugs, anthelmintics have become one of a new class of micro-pollutants that disturb the environment but the information about their fate in plants remains limited. The present study was designed to test the uptake and biotransformation of ABZ in the ribwort plantain (Plantago lancelota), a common meadow plant, which can come into contact with this anthelmintic through the excrements of treated animals in pastures. Two model systems were used and compared: cell suspensions and whole plant regenerants. In addition, time-dependent changes in occurrence of ABZ and its metabolites in roots, basal parts of the leaves and tops of the leaves were followed up. Ultrahigh-performance liquid chromatography coupled with high mass accuracy tandem mass spectrometry (UHPLC-MS/MS) led to the identification of 18 metabolites of ABZ formed in the ribwort. In both model systems, the same types of ABZ biotransformation reactions were found, but the spectrum and abundance of the ABZ metabolites detected in cell suspensions and regenerants differed significantly. Cell suspensions seem to be suitable only for qualitative estimations of drug biotransformation reactions while regenerants were shown to represent an adequate model for the qualitative as well as quantitative evaluation of drug uptake and metabolism in plants.