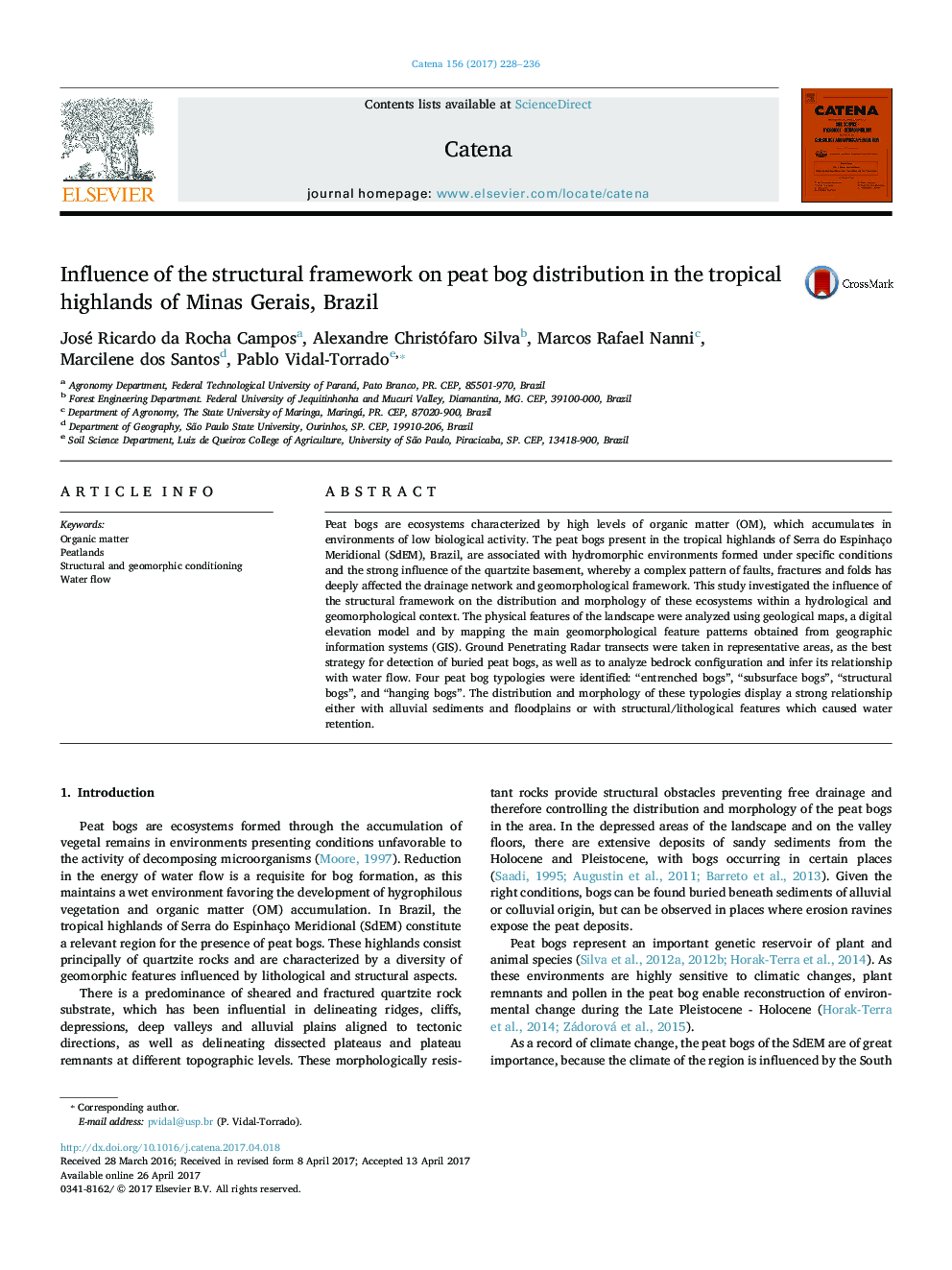 - In the Tropical Zone of South America, peat bogs can be observed in the highlands.
- GPR proved to be an excellent tool for the mapping of buried peat bogs.
- Large deposits of carbon may be preserved in subsurface peat bogs.

Peat bogs are ecosystems characterized by high levels of organic matter (OM), which accumulates in environments of low biological activity. The peat bogs present in the tropical highlands of Serra do Espinhaço Meridional (SdEM), Brazil, are associated with hydromorphic environments formed under specific conditions and the strong influence of the quartzite basement, whereby a complex pattern of faults, fractures and folds has deeply affected the drainage network and geomorphological framework. This study investigated the influence of the structural framework on the distribution and morphology of these ecosystems within a hydrological and geomorphological context. The physical features of the landscape were analyzed using geological maps, a digital elevation model and by mapping the main geomorphological feature patterns obtained from geographic information systems (GIS). Ground Penetrating Radar transects were taken in representative areas, as the best strategy for detection of buried peat bogs, as well as to analyze bedrock configuration and infer its relationship with water flow. Four peat bog typologies were identified: “entrenched bogs”, “subsurface bogs”, “structural bogs”, and “hanging bogs”. The distribution and morphology of these typologies display a strong relationship either with alluvial sediments and floodplains or with structural/lithological features which caused water retention.