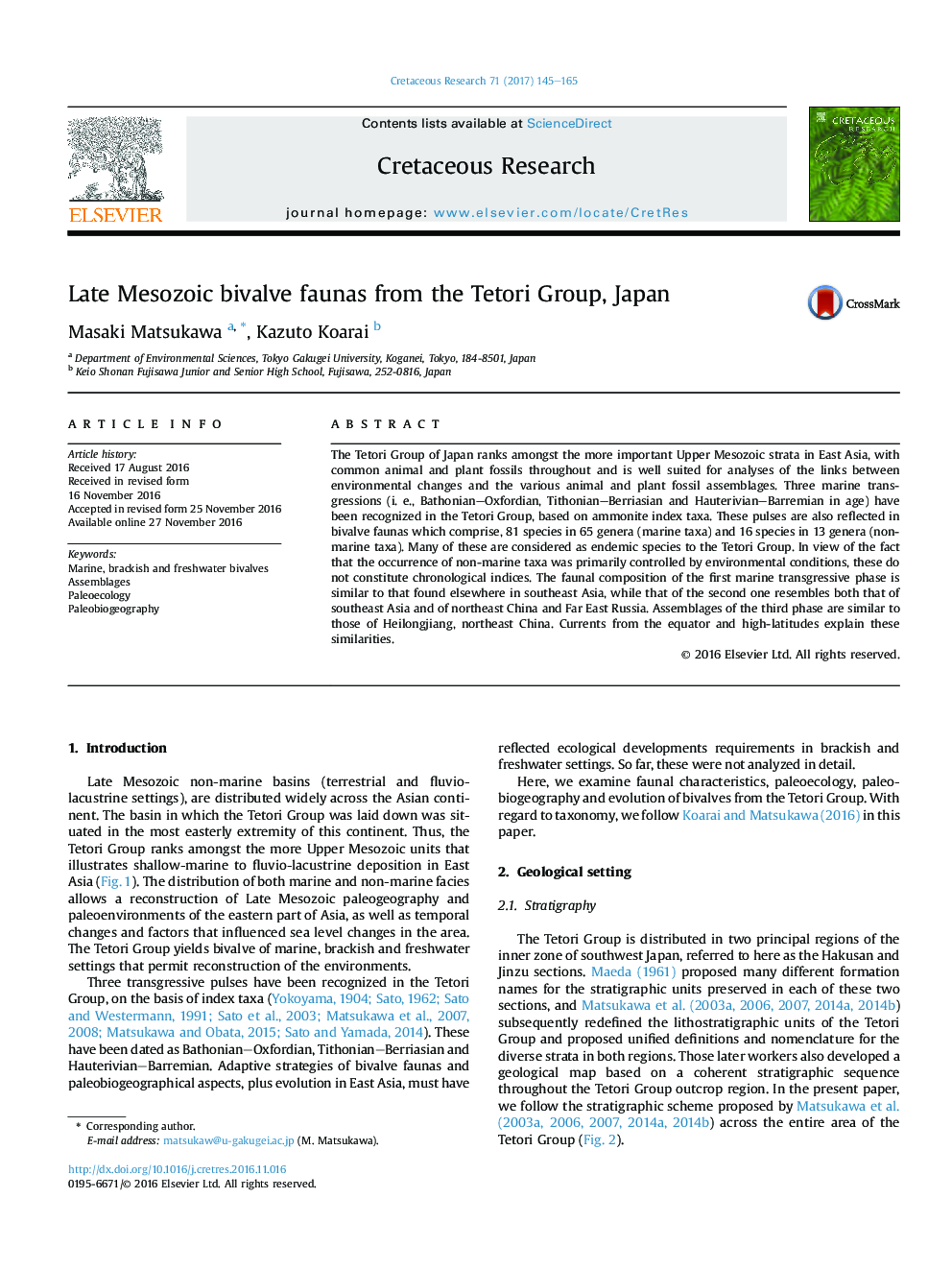 چکیده انگلیسی
The Tetori Group of Japan ranks amongst the more important Upper Mesozoic strata in East Asia, with common animal and plant fossils throughout and is well suited for analyses of the links between environmental changes and the various animal and plant fossil assemblages. Three marine transgressions (i. e., Bathonian-Oxfordian, Tithonian-Berriasian and Hauterivian-Barremian in age) have been recognized in the Tetori Group, based on ammonite index taxa. These pulses are also reflected in bivalve faunas which comprise, 81 species in 65 genera (marine taxa) and 16 species in 13 genera (non-marine taxa). Many of these are considered as endemic species to the Tetori Group. In view of the fact that the occurrence of non-marine taxa was primarily controlled by environmental conditions, these do not constitute chronological indices. The faunal composition of the first marine transgressive phase is similar to that found elsewhere in southeast Asia, while that of the second one resembles both that of southeast Asia and of northeast China and Far East Russia. Assemblages of the third phase are similar to those of Heilongjiang, northeast China. Currents from the equator and high-latitudes explain these similarities.
ناشر
Database: Elsevier - ScienceDirect (ساینس دایرکت)
Journal: Cretaceous Research - Volume 71, March 2017, Pages 145-165
نویسندگان
Masaki Matsukawa, Kazuto Koarai,
دانلود مقاله + سفارش ترجمه
دانلود مقاله ISI انگلیسی
رایگان برای ایرانیان
سفارش ترجمه تخصصی
با تضمین قیمت و کیفیت
منتشر شده در