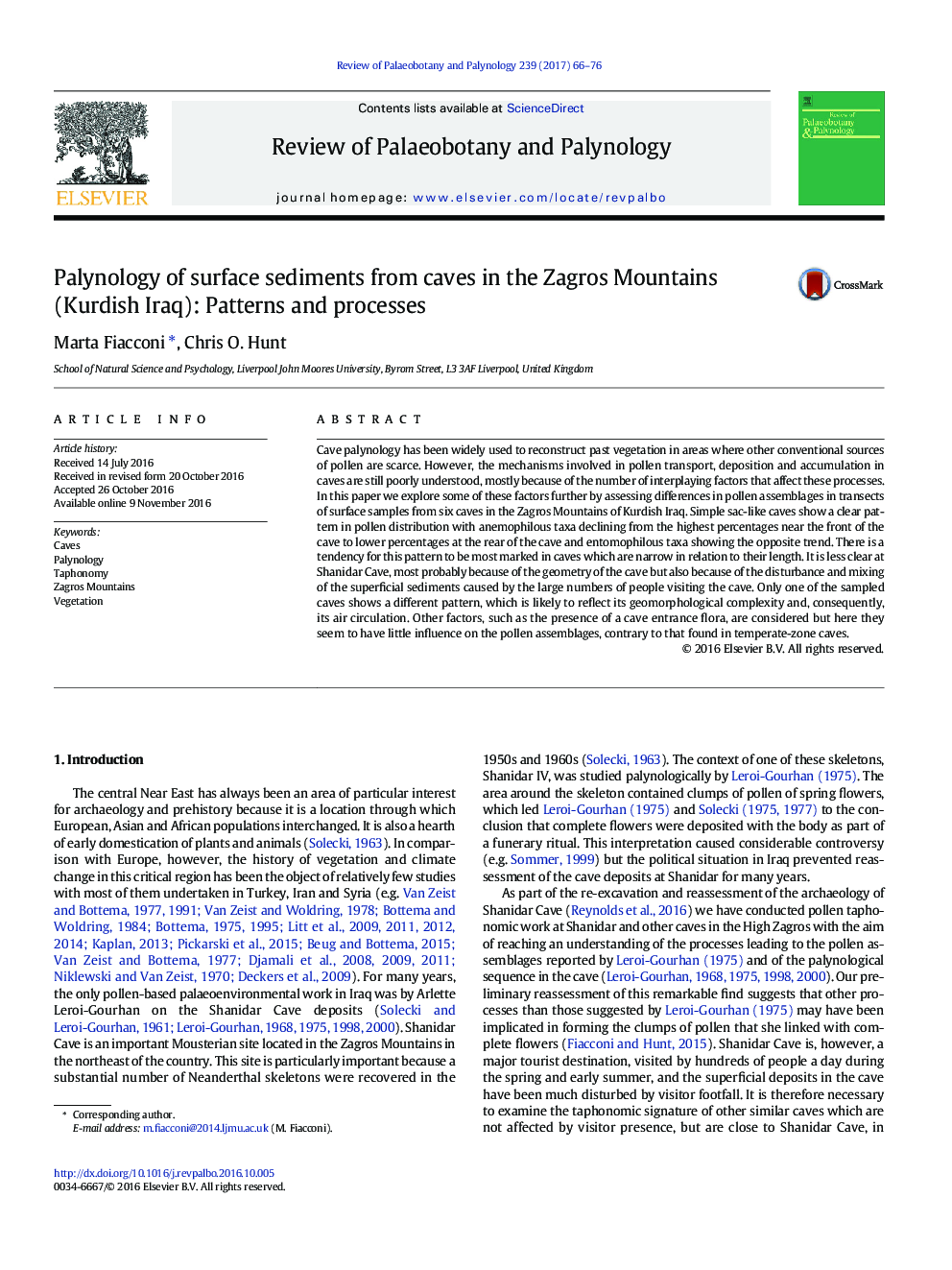 Cave palynology has been widely used to reconstruct past vegetation in areas where other conventional sources of pollen are scarce. However, the mechanisms involved in pollen transport, deposition and accumulation in caves are still poorly understood, mostly because of the number of interplaying factors that affect these processes. In this paper we explore some of these factors further by assessing differences in pollen assemblages in transects of surface samples from six caves in the Zagros Mountains of Kurdish Iraq. Simple sac-like caves show a clear pattern in pollen distribution with anemophilous taxa declining from the highest percentages near the front of the cave to lower percentages at the rear of the cave and entomophilous taxa showing the opposite trend. There is a tendency for this pattern to be most marked in caves which are narrow in relation to their length. It is less clear at Shanidar Cave, most probably because of the geometry of the cave but also because of the disturbance and mixing of the superficial sediments caused by the large numbers of people visiting the cave. Only one of the sampled caves shows a different pattern, which is likely to reflect its geomorphological complexity and, consequently, its air circulation. Other factors, such as the presence of a cave entrance flora, are considered but here they seem to have little influence on the pollen assemblages, contrary to that found in temperate-zone caves.