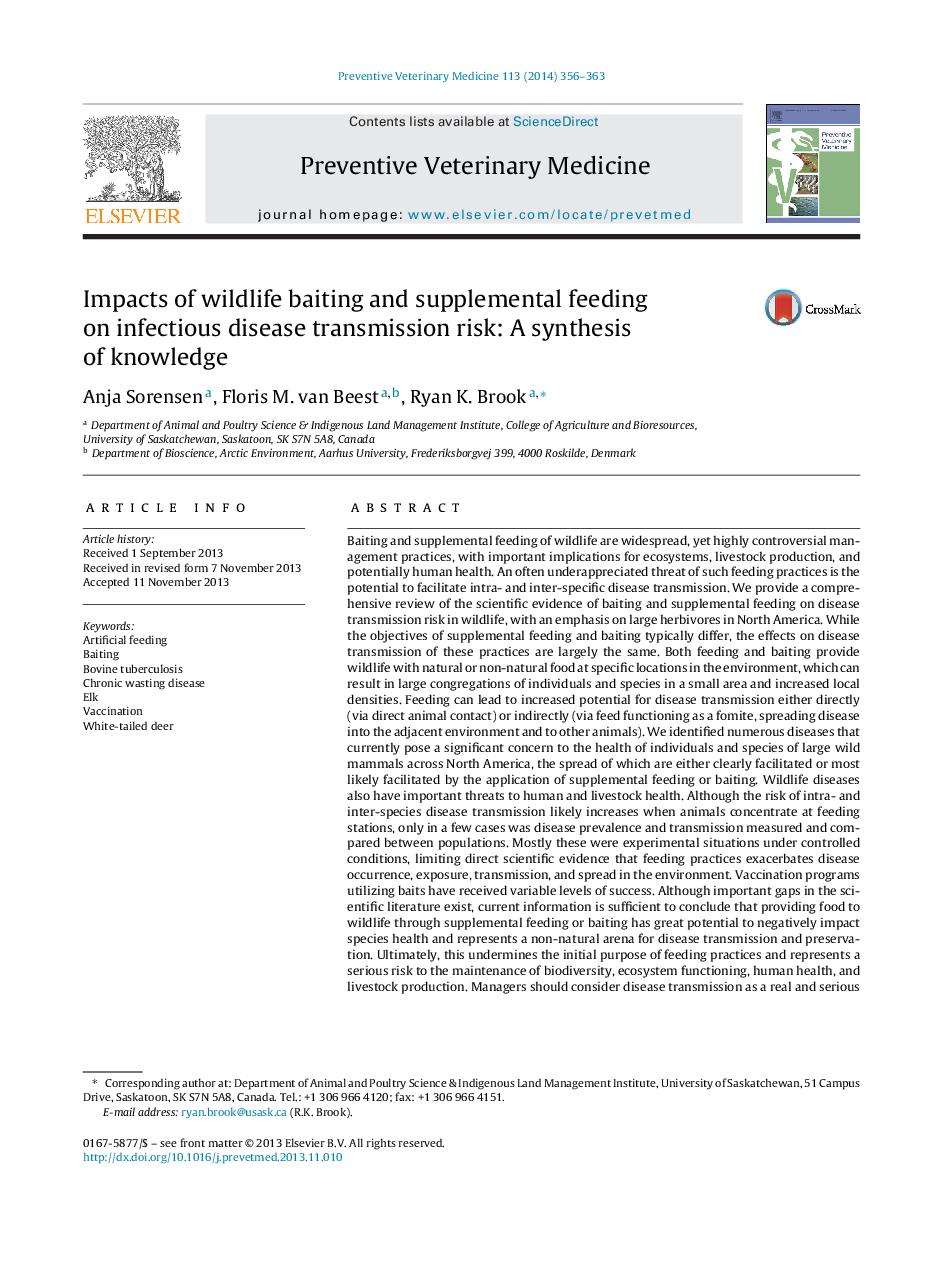 Baiting and supplemental feeding of wildlife are widespread, yet highly controversial management practices, with important implications for ecosystems, livestock production, and potentially human health. An often underappreciated threat of such feeding practices is the potential to facilitate intra- and inter-specific disease transmission. We provide a comprehensive review of the scientific evidence of baiting and supplemental feeding on disease transmission risk in wildlife, with an emphasis on large herbivores in North America. While the objectives of supplemental feeding and baiting typically differ, the effects on disease transmission of these practices are largely the same. Both feeding and baiting provide wildlife with natural or non-natural food at specific locations in the environment, which can result in large congregations of individuals and species in a small area and increased local densities. Feeding can lead to increased potential for disease transmission either directly (via direct animal contact) or indirectly (via feed functioning as a fomite, spreading disease into the adjacent environment and to other animals). We identified numerous diseases that currently pose a significant concern to the health of individuals and species of large wild mammals across North America, the spread of which are either clearly facilitated or most likely facilitated by the application of supplemental feeding or baiting. Wildlife diseases also have important threats to human and livestock health. Although the risk of intra- and inter-species disease transmission likely increases when animals concentrate at feeding stations, only in a few cases was disease prevalence and transmission measured and compared between populations. Mostly these were experimental situations under controlled conditions, limiting direct scientific evidence that feeding practices exacerbates disease occurrence, exposure, transmission, and spread in the environment. Vaccination programs utilizing baits have received variable levels of success. Although important gaps in the scientific literature exist, current information is sufficient to conclude that providing food to wildlife through supplemental feeding or baiting has great potential to negatively impact species health and represents a non-natural arena for disease transmission and preservation. Ultimately, this undermines the initial purpose of feeding practices and represents a serious risk to the maintenance of biodiversity, ecosystem functioning, human health, and livestock production. Managers should consider disease transmission as a real and serious concern in their decision to implement or eliminate feeding programs. Disease surveillance should be a crucial element within the long-term monitoring of any feeding program in combination with other available preventive measures to limit disease transmission and spread.