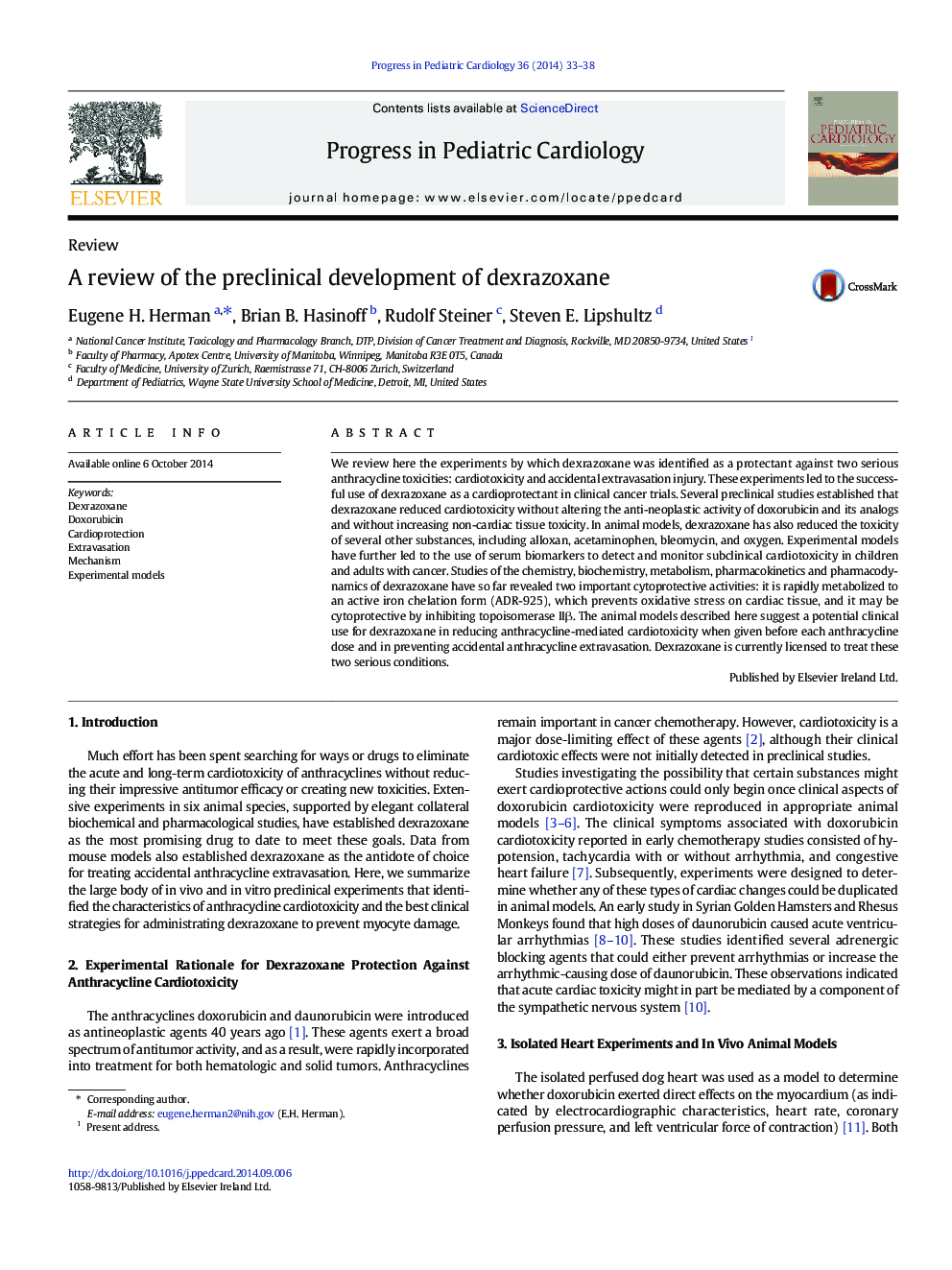 We review here the experiments by which dexrazoxane was identified as a protectant against two serious anthracycline toxicities: cardiotoxicity and accidental extravasation injury. These experiments led to the successful use of dexrazoxane as a cardioprotectant in clinical cancer trials. Several preclinical studies established that dexrazoxane reduced cardiotoxicity without altering the anti-neoplastic activity of doxorubicin and its analogs and without increasing non-cardiac tissue toxicity. In animal models, dexrazoxane has also reduced the toxicity of several other substances, including alloxan, acetaminophen, bleomycin, and oxygen. Experimental models have further led to the use of serum biomarkers to detect and monitor subclinical cardiotoxicity in children and adults with cancer. Studies of the chemistry, biochemistry, metabolism, pharmacokinetics and pharmacodynamics of dexrazoxane have so far revealed two important cytoprotective activities: it is rapidly metabolized to an active iron chelation form (ADR-925), which prevents oxidative stress on cardiac tissue, and it may be cytoprotective by inhibiting topoisomerase IIÎ². The animal models described here suggest a potential clinical use for dexrazoxane in reducing anthracycline-mediated cardiotoxicity when given before each anthracycline dose and in preventing accidental anthracycline extravasation. Dexrazoxane is currently licensed to treat these two serious conditions.