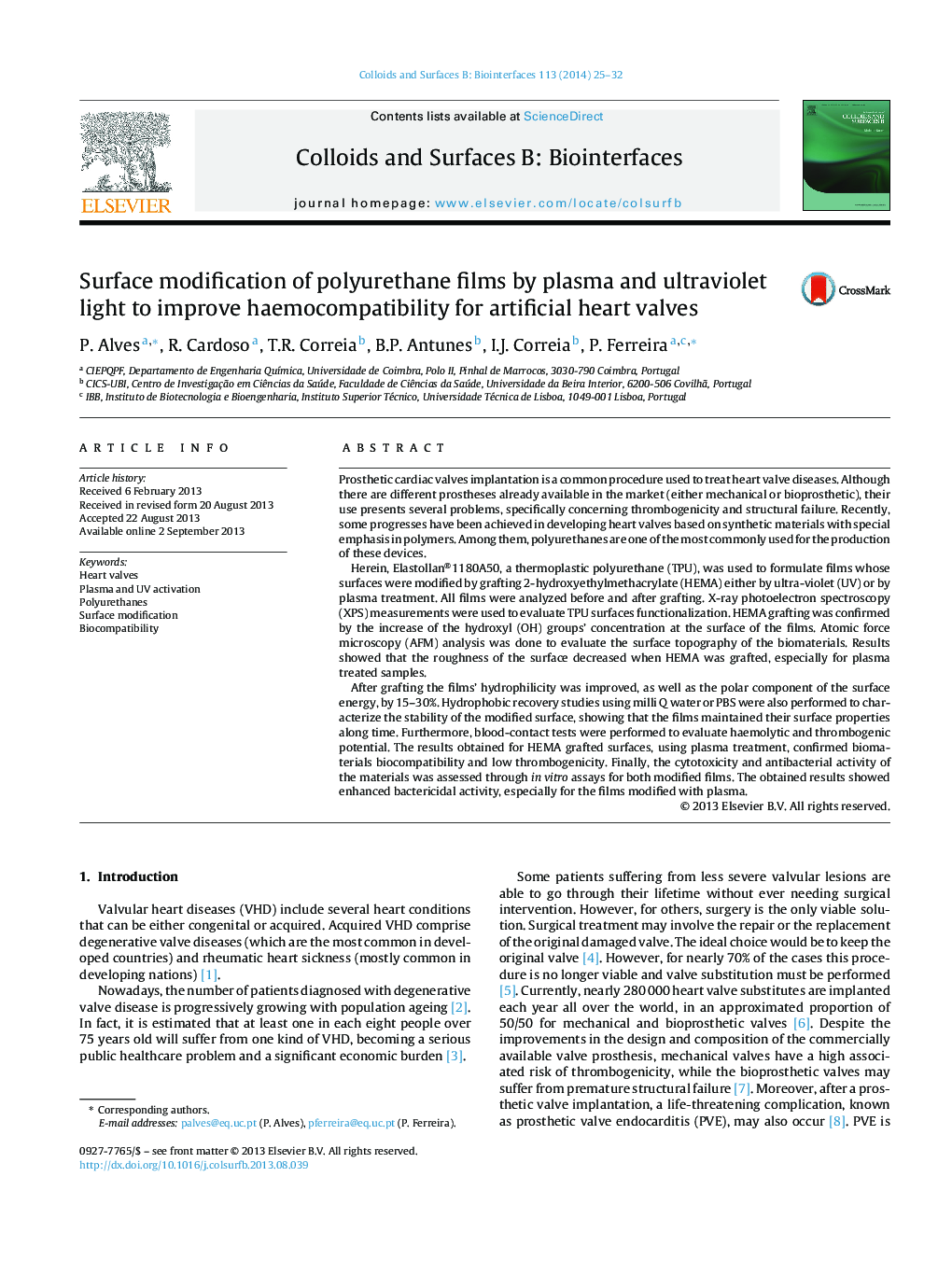 Prosthetic cardiac valves implantation is a common procedure used to treat heart valve diseases. Although there are different prostheses already available in the market (either mechanical or bioprosthetic), their use presents several problems, specifically concerning thrombogenicity and structural failure. Recently, some progresses have been achieved in developing heart valves based on synthetic materials with special emphasis in polymers. Among them, polyurethanes are one of the most commonly used for the production of these devices.Herein, Elastollan®1180A50, a thermoplastic polyurethane (TPU), was used to formulate films whose surfaces were modified by grafting 2-hydroxyethylmethacrylate (HEMA) either by ultra-violet (UV) or by plasma treatment. All films were analyzed before and after grafting. X-ray photoelectron spectroscopy (XPS) measurements were used to evaluate TPU surfaces functionalization. HEMA grafting was confirmed by the increase of the hydroxyl (OH) groups’ concentration at the surface of the films. Atomic force microscopy (AFM) analysis was done to evaluate the surface topography of the biomaterials. Results showed that the roughness of the surface decreased when HEMA was grafted, especially for plasma treated samples.After grafting the films’ hydrophilicity was improved, as well as the polar component of the surface energy, by 15–30%. Hydrophobic recovery studies using milli Q water or PBS were also performed to characterize the stability of the modified surface, showing that the films maintained their surface properties along time. Furthermore, blood-contact tests were performed to evaluate haemolytic and thrombogenic potential. The results obtained for HEMA grafted surfaces, using plasma treatment, confirmed biomaterials biocompatibility and low thrombogenicity. Finally, the cytotoxicity and antibacterial activity of the materials was assessed through in vitro assays for both modified films. The obtained results showed enhanced bactericidal activity, especially for the films modified with plasma.